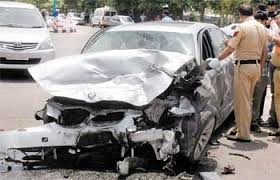 SALMAN KHAN: WHO IS HE?

Abdul Rashid Salim Salman Khan better known as Salman Khan as said by Wikipedia, has a diaspora of fan following in India and worldwide. Lovingly known by his fans as Bhai, he is one of the most popular and commercially successful actors in Hindi film industry. Besides being in the news for his films, the actor is in the news for a lot other things like his controversies be it his 2002 hit and run or 2006 blackbuck hunting. The verdict given by the Bombay High Court in the hit and run case acquitted him, but the Maharashtra government has appealed in the SC.

WHAT REALLY IS THE CONTROVERSY?

On the night of 28th September 2002, Salman Khan’s white Toyota Land Cruiser crashed into the pavement near the American Express Bakery at Hill Road in Bandra, Mumbai killing one person and injuring four others. His blood samples were taken which showed he drank more than the permissible limit. Subsequently, he was arrested but was granted bail soon after. He was charged with various provisions under IPC, Motor Vehicles Act, 1988 and Bombay Prohibition Act, 1949.

Earlier, the case was filed under Section 304A (rash and negligent driving) which was later in 2003 was converted to Section 304 Part (II) (culpable homicide not amounting to murder) on the charges filed by Bandra Metropolitan Magistrate Court’s rules. The Sessions Court, which had earlier, rejected the plea asked the Magistrate to frame charges. The SC agreed with the Magistrate to apply Section 304 Part (II) and rejected the Bombay HC’s view and said it was “too premature a finding and ought not to have been at this stage.”

During this time, the key witness also the actor’s bodyguard Ravindra Patel, who filed the first FIR, died of TB. The witnesses claim that the actor was on the driving seat but the actor denied the claims and said that his left door was jammed, and so he had to get out of the driver’s seat.

When asked whether he was sitting in the driver’s seat, he says he was “briefly” when one driver got out and the other another, Ashok Singh, took over.

“By not examining Kamaal Khan, police tried to cover (hide) an important piece of evidence which might have thrown light on who was driving the car,” she said. She also claims that the prosecution also dropped his name from the list without giving any reason.

Considering all these points the Mumbai’s Sessions Court announced five years’ rigorous imprisonment to the actor against which the actor got an interim bail for two days by the Bombay High Court.

The actor appealed against the conviction of the Session Court in the Bombay HC.

The Bombay HC gave the judgment on 10th December 2015. The Court completely disregarding the evidence given by the eyewitness Ravindra Patil and came to the conclusion that the prosecution could not prove the actor’s guilt beyond reasonable doubt. It could not prove that the actor was under the influence of alcohol or was driving. Justice Joshi further said, “it is unnatural on the part of the conduct of Patil to say so many things that he has not said in the FIR, there has been a material improvement on drunkenness and asking Salman to drive slowly… it is more strange from the witness.”

The judge also said that Ashok Singh was Salim Khan’s driver and not Salman’s who was interrogated by inspector Kishan Senghal who said that his statement was not recorded.

However, the Court did not accept Singh’s version that was driving and not the actor. The trial court had noted that Singh had appeared after 13 years of the incident to the court.

According to Justice Joshi in the case, “On the basis of the evidence produced by the prosecution, the appellant cannot be convicted, no matter how differently the common man thinks.”

The Defense held that Salman Khan wasn’t drunk. He wasn’t even driving. The Maharashtra Government chose to take the case to the Supreme Court but as of now the High Court has rejected the theory that Ashok Singh, who took 13 years to speak that he was behind the wheel. By acquitting Salman and not accepting that Ashok was behind the wheel, the question remains unanswered.

Patil was under immense pressure to change his statement in the court, but he didn’t., all bones and died the same year. He was rejected by his own people. He started disappearing from his job. He suffered from TB and weighed a shocking 30kg. The court dismissed his statement as being unreliable.

A Supreme Court Bench comprising Justices RM Lodha and Jagdish Singh Khehar ruled that “a person responsible for a reckless or rash or negligent act that causes death which he had knowledge as a reasonable man that such act was dangerous enough to lead to some untoward thing and the death was likely to be caused, may be attributed the knowledge of the consequence and may be fastened with the culpability of homicide not amounting to murder and punishable under Section 304 Part II IPC.”

The Court held “Drunken driving has become a menace… Every day (it) results in accidents and several human lives are lost; pedestrians in many of our cities are not safe. Late night parties among urban elite have now become a way of life followed by drunken driving…”

All the three cases have one thing in common- all the rich, influential people are drunk at the time of the incident.

We all know what happened that night and who was behind the wheel. But as the judgment has been in favor of the actor, the victims feel helpless. They demand justice and compensation from the actor. Most of them are permanently injured and cannot work now. They feel that if the Government is not going to help them, then who will? “If the Government couldn’t do anything, what will they do?” they say. They have waited long for justice. They say “if the Court had to acquit him they could have done it long time back”. It is the duty of the state to protect its people.

The Maharashtra CM Devendra Fadnavis said on 23rd December that Government will appeal against the verdict in the SC. The appeal has already been filed.