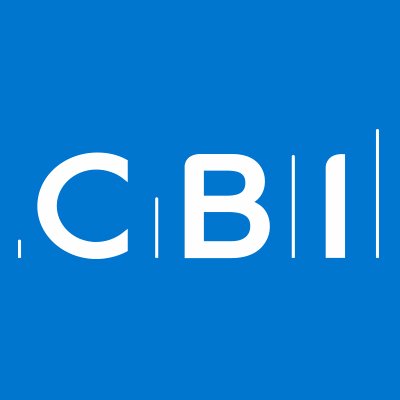 The name C.B.I or the Central Bureau of Investigation itself is enough to generate a lot of curiosity, followed by the disclosure of mind boggling events & situations. Welcome to the world, where you feel like a detective too. The moment a matter is assigned to C.B.I. it’s understood some deep unearthening is about to happen and you are on your toes – for what’s next?

The C.B.I deals with  matters of grave concerns such as – bribery, money laundering, murders, cases causing loss to the government exchequer, possession of allegedly misappropriated assets, arresting of accused for possession of Cannabis (ganja), alleged violation of the guidelines of the RBI in the exchange of the old currency notes and so forth.  Yes! this is the same agency which works hand in hand with the Interpol!

This article simplifies how do they function to bring criminals before the Court of Law and then behind the bars!

Where does CBI begin their investigation?

They begin anytime anywhere they smell suspicion. If you hit their radar, they will make your world go upside down. You can never read their mind which runs at a 5G speed, by just looking at them. Yes! Certainly, it’s an agency in which India takes pride – saving our integrity.

The C.B.I can start its investigation either by a direction of the Court – as recent as the Narada sting operation involving the MP’s and high profile individuals in West Bengal, to look into the matter or by a formal complaint made to it. Hence, the below mentioned procedure is what follows:

A written complaint is made to the concerned Department of C.B.I – say one of it being the Bank Securities and Fraud Cell (BS & FC) which deals with bank frauds which is handling the famous case of the liquor baron Vijay Mallya.

This complaint is treated as a First Information Report i.e. F.I.R which is registered as a particular case number and is entrusted to an Inspector of Police for investigation.

C.B.I. hands over the submission of the F.I.R.to the Metropolitan Magistrate, here the Court may also be specially assigned to deal with C.B.I matters only, for perusal and records.

After seeing the F.I.R, the Metropolitan Magistrate orders for report from the I.O. i.e. Investigating Officer in final form.

The I.O. may file an application for issuance of search warrant, requiring immediate action to save the documents and articles from being transferred, tampered with, or destroyed.

It’s very interesting for a person having a legal background to watch when these searches are being conducted – be it with an individual or a company. The level of stress can be guaranteed to be highest surrounded by the investigative officers and you just can’t move!  Be sure to lose your sleep, food and sanity. Sorry!(actually am not) but can’t help laughing about it. You pay for your deeds.

Such application is allowed on merits by the Court of Law when the I.O. submits his search warrant report and it becomes apparent that the accused/respondent has been involved in a criminal conspiracy and files the charge sheet under section.461/420 /34B amongst many other sections of the Indian Penal Code.  The Court takes cognizance of the offences and summons the appearance of the accused / respondent.

It’s interesting to note that the people who are named in the F.I.R may be dropped during the filing of the Charge sheet or may be added in the list. Yes! That’s the reason that the investigation part is so important & leads to a whole new picture and findings behind the complaint filed. Accordingly, the summons are issued to the alleged accused. These summonses are formal call out to the accused to appear before the Court in person on the date and time assigned.

The alleged accused may seek bail.  It’s interesting to note here that when a bail is seeked by the lawyer of the alleged accused, the alleged accused surrenders before the Court & it’s the discretion of the judiciary to grant the same. The public prosecutor opposes the same and seeks for jail custody or police custody depending upon the gravity of the case. If the same is allowed, the accused is released on a very high amount of bonds &securities. The question might arise why a bail is granted? The bail is allowed following the principles of natural justice where an alleged accused, is not to be treated as accused until proved guilty. The accused might also move the High Court seeking quashing of the case registered against them.

#Step VIII – C.B.I submits documents which form the core of its Case!

This step is for the C.B.I to submit documents to the respondent. The accused/respondent can take a thorough look into it and raise its objections – which can be from seeking copy of documents which may be illegible, not found or wrongly mentioned of.

It’s worthy to mention that this agency is really active and in no soon time will hand over all you might have asked for to delay the procedure. Sadly, playing smart with them is of no use.

This step is the framing of the charges, after which the trial of the accused begins. The accused pleads not guilty – in most of the cases (which we know of how true it might be) & follows the procedure.

This is where Evidence is called out for be it in form of witnesses or documents or in this fast pace world through technology – which is rigged by examination and cross – examination by the advocates and the public prosecutor. Here the aim is to make the evidences spill the beans and get caught in their own trap. Hence, words spoken matters! Yes you guessed it right, here is where the holy book comes into play and is taken oath of! I wonder what this age would be called apart from –kalyuga! Rightly termed – isn’t it?

Step X is followed by arguments on the basis of all documents & evidences. It’s the twisted procedure which you might end up saying a foul play of words or at times very funny.

Is that of judgment? After the tedious above mentioned procedure, the court pronounces it verdict. This verdict can be challenged by the aggrieved party before the higher forum and goes till the Apex Court.

However, this is a general view to the procedure followed in a C.B.I. case. Let’s not forget, that there can be a lot of twist and turns in the mid- way, changing the course of action.