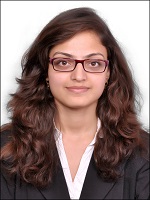 This article is written by Somya Mishra, pursuing a Diploma in Intellectual Property, Media and Entertainment laws from LawSikho. Here she discusses the patented process.

What is Process Patent?

A process patent is a form of a utility patent that pertains to the mode or method by which the product is made and involves methods of changing the characteristics or functionality of a product during a particular use. A patent to a process gives exclusive and sole authority to the patentee to own the process and exclude other people from producing, using or selling the patented process.

Object of Grant of Patent

The whole aim of granting patents to an inventor is to encourage inventions and to make sure that the inventions are utilised in India on a commercial scale and to the maximum extent that is rationally practicable without any undue delay. Grant of patents surely doesn’t aim at providing a monopoly to the patentees for the importation of the patented items or process; rather puts an obligation on them to work on the patents on a commercial scale in India.

Ways of gaining profits from Patents

There is not just one, but several ways of gaining profit from a patent. The patent can either be licensed or sold off to a potential buyer and can bring some crazy money to the patentee.

Selling off is a method which may get a quick payoff to the patentee for his invention.

Licensing of the right to make, use or sell the product/process in well-known companies is usually the most lucrative route for inventors. As a patent holder, the ownership of the invention is retained and simultaneously royalty payments can also be earned on future sales of such product/process.

If the patentee doesn’t expose the patent to the public and make it commercially viable, the Government imposes a compulsory license on such patents or may revoke it as well. The Indian Patent Act talks about such provisions under Sec 82 to 98, where the Government exercises such rights. These provisions are enacted only to prevent the abuse of monopoly right granted to the patentee. By such provisions in concurrence with the provisions relating to the use of inventions for the purpose of Government, monopoly on patents will be made to serve national interests and will no longer be considered a handicap to the industrial progress.

In order to best commercialise and advertise a patented process, it is important to find the right buyer who is worthy enough to be shared the responsibility with. Below are some of the ways to look for the right buyer and work the patent obtained:

Another approach for finding the right company would be to identify companies which have previously procured patents in the same class as the target patent, they would be quite the potential buyers.

4.Pricing factor: Pricing plays an important role in the success or failure of a patented product or process, whatever the case may be. To develop a process or method with a great potential appeal, the pricing must be strategized carefully. If the price is seen as unreasonable to the perceived value, consumers would not be interested in purchasing even if it may be a better solution that is currently accessible in the general marketplace.

Based on the above factors when a few potential buyers are achieved, a considerable time is invested towards providing interested buyers with required additional information and negotiating the terms of a potential transaction, evaluating the patented process and assenting on a mutually agreeable value.

In order to effectuate the sale or licensing between buyer/licensee and the seller, it is imperative to memorialize in writing and draft a suitable Patent Purchase Agreement (PPA) or Licensing Agreement, as the case may be, (collectively to be referred as ‘Agreement’). This Agreement sets out the terms of the purchase/license between the seller who owns all rights, title and interests in the patent and a buyer who wishes to purchase those rights or a licensee to whom the license is granted. A written Agreement is a must in the event of conflicts, misunderstandings or litigation regarding the ownership of the patent.

Let’s discuss some of the key elements that must be present in an Agreement while undergoing such a transaction:

E. Confidentiality of Terms: The parties must agree to a confidentiality clause in the Agreement to ensure that no confidential information is divulged to any third party who is not concerned with the engagement. Through this Agreement, the buyer/licensor discloses all the business plans, trade secrets, etc. that is sensitive information to the licensee and hence must be protected. However, there are certain exceptions wherein the information is mandated by law or otherwise and thus can be disclosed. Such exceptions must also be laid down in the Agreement.

Selling and licensing of patents is one of the most beneficial means for commercialisation of IPs. However, finding the right buyer and developing various aspects of the sale or license alongside the profit strategies is a tough task and thus various aspects need to be considered before getting into a deal.