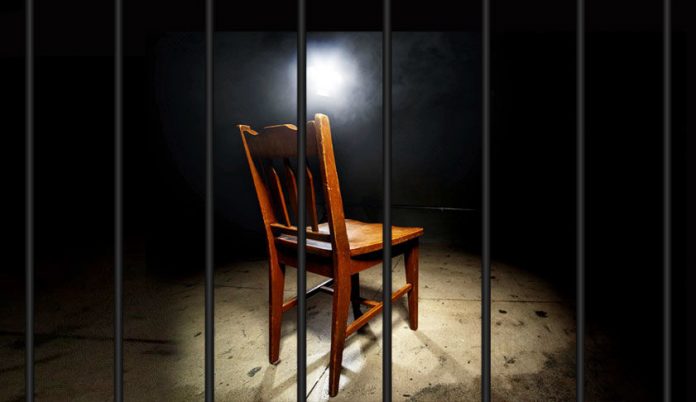 This article is written by Ms. Somya Jain, from the Vivekananda Institute of Professional Studies. The article establishes a detailed study of the procedure for inquiry to be undertaken while dealing with a case of custodial death.

The death of a person, while he is held in custody, is one of the worst kinds of offence in the history of human rights. Custodial deaths are not of recent origin rather they found their existence in the past. However, in recent times the cases of custodial deaths have increased at an alarming rate and have become a matter of great concern for the evolving society. Offences such as these raise questions on the applicability of fundamental rights and the underlying implications on human rights. The word custody denotes guardianship and even if we consider the definition from the perspective of arrest or incarceration, it would not include the causing of suffering to the oppressive and overpowered detainee to display superiority. It directly flouts the basic rights of the citizens and is upfront detrimental to human dignity. However, while considering the affirmative actions taken against such offences many custodial deaths are not investigated and even if, after a considerable amount of delay, these incidents are investigated, they are pictured as death due to natural causes because of the diplomacy of the bureaucrats. Therefore, it is required to have stringent laws and the corresponding rules to avoid any such incidents to take place. The concerned authorities have time and again laid down some procedures which have to be followed by police in order to curb custodial violence.

One of the biggest challenges faced in combating the offence of custodial violence was the initial probe which was generally taken by the police counterparts. The “brotherhood of the police” would hinder the investigation as the police officials would prefer to remain silent on the same and not break the underlying ties of companionship (State of MP v. Shyamsunder Trivedi 1997). Even though at a subsequent stage, the cases may be transferred to independent authorities like CBI or SIT, the prima facie evidence like the post-mortem reports may be destroyed in the procedure which would render the transfer futile. To counter this facet of the issue Section 176(1A) was introduced in the Code of Criminal Procedure, 1973 through the amendment of 2005.

The general clause of Section 176(1) of the Code empowers any magistrate, having jurisdiction, to hold an inquiry into the cause of unnatural death in addition to or instead of the investigation held by the police officer. However, such power is merely discretionary in nature and does not have to be followed mandatorily.

With the addition of Section 176(1A) in the Code, custodial violence has been recognised in legal parlance as one of the brutal forms of crime. The Section stipulated that if:

while such a person or woman was in the custody of the police or in any other custody as authorised by the court, then it is mandatory for the judicial magistrate or metropolitan magistrate, having competent jurisdiction, to conduct an inquiry into the matter in addition to the inquiry or investigation conducted by the police.

This provision is a special provision dealing only with the custodial offence. Therefore some of the essential characteristics of the provision are:

However, for the past 10 years, the provision has been interpreted in a restrictive sense. While reading Section 176, it envisaged that the executive magistrate may conduct an inquiry in the case where unnatural death had taken place in addition to the inquiry conducted by the police. Similarly, when Section 176(1A) came into existence it was interpreted to restrict its scope only to those cases where the death did not take place naturally, rather it was the result of custodial violence. It was only when there were no suspicious circumstances, foul play, lack of evidence or allegations of an offence, that Section 176(1A) would be applicable. This restrictive meaning led to an invariable increase in the cases of custodial offences being registered as incidents of natural deaths.

According to the National Crime Records Bureau (NCRB), out of 76 total cases of custodial deaths in 2020, 31 were recorded as suicides and 34 as being caused by illnesses. Only one death was recorded due to physical assault in police custody. Similarly, almost 70% of deaths in police custody in the past decade (out of a total of 1,004) have been attributed to illness, suicide or death from natural causes. Further, the Indian Annual Report on Torture 2020 gives a detailed analysis of all the cases of death and violence committed while in police custody. It illustrates the various reasons that were highlighted while investigating these cases. Thereby, the entire data along with the detailed analysis has been contemplated within the concerned report.

Considering the above data, recently, the National Human Rights Commission (hereinafter called NHRC) passed an order to take a probe in all the cases of custodial deaths irrespective of whether the cases are suspicious of foul play or not. Expanding the ambit of the provision it was ruled that only after conducting an inquiry by the judicial or the metropolitan magistrate can it be said that the custodial death took place due to illness or some other natural cause. Prior to the said inquiry nothing should be attributed as to the cause of death, disappearance or rape alleged to have been committed while in police or any other authorised custody.

Further, the Supreme Court in a Public Interest Litigation Petition (2020) directed all the states and union territories to strictly implement Section 176(1A) as it was observed that out of 827 cases of death or disappearance of persons in police custody between 2005 and 2017, a judicial inquiry was ordered only in 166 cases i.e. 20% of the total cases. Similarly, in the Jeyaraj-Benix custodial death case, the Court has to make a suo moto intervention to order an inquiry by the judicial magistrate.

Apart from this, Section 176(5) was also instituted through the amendment of 2005. The provision mandates the judicial magistrate, the metropolitan magistrate, the executive magistrate or the police authorities conducting an inquiry to send the body within 24 hours to the closest civil surgeon or any other qualified person. If the same is not possible, reasons must be recorded in writing.

The National Human Rights Commission of India was set up through a parliamentary Act known as the Protection of Human Rights Act 1993. It aimed at better protection and promotion of human rights in India. It complements both the domestic as well as international principles and thereby safeguards human rights by all means. The NHRC gave certain guidelines in furtherance of the augmenting custodial violence in India. Some of them are:

The NHRC should be intimated about the custodial deaths within 24 hours of occurrence. Further, the NHRC has also set a deadline for submitting all the relevant documents and reports including the post-mortem report and managerial enquiry report, after the completion of the inquiry, within 2 months of the incident.

Registering an FIR even in case of custodial violence was held to be mandatory in nature under Section 154 of the Code which discloses that if any information is received regarding the commission of a cognizable offence then it should be reduced into writing. Similarly, Section 176(1A) deals with cognizable cases whereby death has occurred in the custody of the police or any other relevant authority. Therefore, it is requisite for the authorities to register an FIR in the case of custodial deaths.

However, it has been observed that many police officers forbid registering an FIR in case of custodial death. The solution to this problem was suggested by the Law Commission in its 152nd report. The Commission recommended the addition of a new provision that would separately deal with custodial violence cases and would empower the aggrieved person to approach the judicial magistrate if the police precluded from lodging an FIR.

Accordingly, Section 154A was recommended to be added by the Commission. The proposed Section incorporated that if any police official refrains from lodging an FIR, then:

However, the provision never found its way into the Code. If the provision would have been incorporated, it would have ensured a better criminal investigation through the hands of the judiciary leading to a more enhanced system of justice.

The NHRC issued certain guidelines regarding video-filming and photographing the post-mortem examination if the death has occurred in police custody. The recording must be then sent to the Commission for further inquiry. The objectives for the same can be enumerated as under:

The guidelines extensively enshrine upon the manner in which video graphing of the examination should be undertaken. Further, a Model Autopsy Form has been prepared by the Commission which has to be filled accordingly.

Custodial Jurisprudence in the case of D.K. Basu v. State of West Bengal (1997)

The Supreme Court in the landmark case of D.K. Basu v. State of West Bengal (1997), established the concept of custodial jurisprudence by providing some directives to be followed while dealing with cases of custodial violence. Some of the guidelines are:

Arresting or detaining a person does not lead to the extinction of all the fundamental rights per se. The right to life and dignity is one such right that cannot be deprived of any human being. Hence, when a person is detained, it is the responsibility and the duty of the detaining authority to guarantee the life and the physical integrity of such a detainee. Therefore, if someone dies while in custody, it is only relevant to conduct an independent investigation irrespective of the cause of death which may be a result of unlawful killing, ill-treatment or inadequate living conditions or it may even be natural or accidental. A prompt, impartial and effective investigation is essential for ascertaining the cause of death, preventing similar incidents in the future and ensuring the security of other prisoners. Along with this, steps should be taken to curb the growing menace of custodial violence.