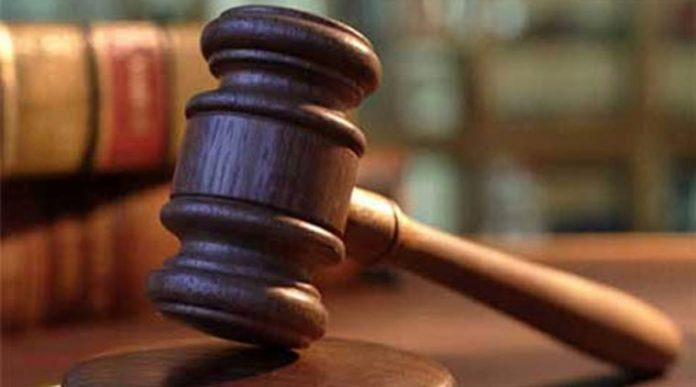 In this article, Parth Sarthy Kaushik discusses Financial Creditors vs. Operational Creditors and gives reasons on who is better off and why.

The Insolvency and Bankruptcy Code, 2016 (IBC) which has replaced the earlier ‘debtor in possession’ insolvency regime with a more expedient ‘creditor in control’ regime provides that in case of default of debt or interest payment by the corporate debtor, any financial or operational creditor (or corporate debtor) can make an application to the adjudicating authority (i.e. National Company Law Tribunal for companies, limited liability partnerships and other body corporates) under the Code for commencing the Insolvency Resolution Programme.

Once such an application is admitted by the NCLT, an interim resolution professional will be appointed and the authority will declare a moratorium period during which all pending and future legal actions against company will remain in suspension. During the moratorium period, the resolution professional is required to constitute a committee of creditors (excluding the related parties) which would include both financial creditors and operational creditors. The main purpose of the committee is to create a resolution plan within the stipulated time frame, in order to revive the corporate debtor. For this purpose, IBC provides that such a plan must have the approval of at least 75% of the creditors and a failure to approve resolution plan would by default lead to the initiation of liquidation proceedings.

For the purpose of proceedings under the Code, a distinction has been created between ‘Financial Creditors’ and ‘Operational Creditors’. It is pertinent to note that the Companies Act, 2013 does not create any such classification and only uses the term ‘creditor’. Further, this classification under IBC has been used to put the creditors on different pedestals at every stage of the proceedings whether they pertain to maintainability of applications, approval of resolution plan or distribution of assets (in case of liquidation). Therefore, with a view to secure their interests, it is imperative for creditors to be completely aware of the range of options/rights available to them under IBC.

Who is a Financial Creditor?

The term financial debt has been defined under Section 5(8) as – “a debt along with interest, if any, which is disbursed against the consideration for time value of money and includes:

Thus, all lenders who have extended any kind of loans, guarantees or financial credit are covered within its ambit.

Who is an Operational Creditor?

The term operational debt has been defined under Section 5(21) as – “a claim in respect of the provisions of goods or services including employment or a debt in respect of the repayment of dues arising under any law for the time being in force and payable to the Central Government, any State Government or any local authority”.

Thus, operational creditor refers to anyone who has provided goods or services and the payment for same is due from the corporate debtor. In the course of business, several transactions are entered into on credit terms customarily in different industries.

Thus, IBC creates the distinction between a financial and operational creditor based on the nature of transaction (i.e. purely financial transactions or transactions related to day to day operations) a creditor enters in with the corporate debtor.

Based on whether the creditor is a Financial or Operational creditor, the Insolvency and Bankruptcy Code provides for different schemes of admission for insolvency petition which will initiate the resolution process.

Section 7 of IBC provides that a financial creditor can directly approach the adjudicating authority and the only condition that needs to be satisfied is that the creditor must show that the corporate debtor has defaulted in the payment of a due debt.

On the other hand, Section 8 of IBC lays down that for an operational creditor to succeed in initiating the resolution process, it must satisfy the adjudicating authority by demonstrating that:

The Hon’ble Supreme Court in Mobilox Innovations Pvt. Ltd. Vs. Kirusa Software Pvt. Ltd while interpreting the term ‘dispute’ as defined under Section 5 (6) and appearing in Section 8 (2) held that, the adjudicating authority is only required to see if there is a bona fide dispute in existence and it is not allowed to examine the merits such dispute. It is to be noted that this holds true even if the dispute notice has been served after the acceptance of demand notice by the corporate debtor.

Therefore, under the scheme of the Code, if a debt is not admitted by the organization (a corporate debtor) and is disputed within the meaning of Section 5 (6) or Section 8 (2), it is a sufficient ground to reject the insolvency application made by an operational creditor (i.e even if there are no pending proceedings between the parties, the corporate debtor can scuttle the insolvency proceedings). On the other hand, a financial creditor is allowed to initiate the resolution process even in case the debt is disputed by the corporate debtor.

Once the insolvency petition has been admitted by the adjudicating authority, Section 14 of the Code provides that a moratorium will be imposed on all judicial proceedings (both future and pending) against the corporate debtor until the approval of a resolution plan under section 31.

During the moratorium period, the Resolution Professional is required to constitute a committee of creditors which is tasked with the preparation of a Resolution Plan. This committee plays the most vital role in the insolvency resolution process as any resolution plan prepared and approved by it would be equally applicable on all the creditors. Thus, while the insolvency process can be initiated by any individual creditor, once the moratorium is imposed and Interim Resolution Professional appointed, the whole process becomes collective in nature, requiring a consensus among all the creditors for its success.

Section  21  (2) provides that the committee of creditors shall consist solely of financial creditors. The Code also lays down that each creditor shall vote in accordance with voting share assigned and the resolution plan can be implemented only if it has been approved by 75% of creditors. Further, Section 24 (3) (c) provides that only operational creditors having aggregate dues of at least 10% of the total debt shall be given the notice of the meeting. It is to be noted that, an operational creditor (irrespective of the claim size) is not allowed to be a member of the committee. Thus, IBC limits the right of an operational creditor to only attending the meeting of CoC subject to the abovementioned threshold.

Therefore, the Insolvency and Bankruptcy Code effectively confers only three rights on an operational creditor:

In case the committee of creditors fails to approve a resolution plan within the stipulated time period or demands liquidation, the adjudicating authority will pass an order for liquidation of the corporate debtor. The official liquidator appointed by the CoC is then required to sell the assets of the corporate debtor and distribute the proceeds among all the creditors. Section 53 provides that the order of priority for the distribution of assets shall be: 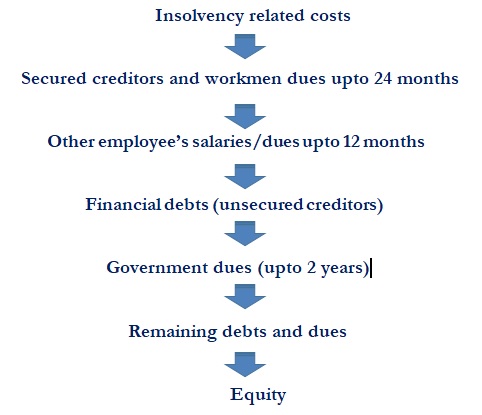 The rationale behind this imbalance in the rights assigned to financial and operational creditors under IBC has been explained by the Banking Law Reforms Committee in its report, which states that:

“….members of the creditors committee have to be creditors both with the capability to assess viability, as well as to be willing to modify terms of existing liabilities in negotiations. Typically, operational creditors are neither able to decide on matters regarding the insolvency of the entity, nor willing to take the risk of postponing payments for better future prospects for the entity. The Committee concluded that, for the process to be rapid and efficient, the Code will provide that the creditors committee should be restricted to only the financial creditors.”

Therefore it is clear from the above position that framers of the Code created this classification with the aim to protect the rights of all stakeholders by providing a mechanism which primarily focuses on resolution and re-structuring of the debt by treating the corporate debtor as a going concern and provides for liquidation only when all the attempts towards such a resolution ultimately fail.

This approach is certainly much more rational than giving the reigns of the resolution process in the hands of Operational Creditors who are more than often not interested in the revival scheme and look for the obvious solution of liquidation to recover their dues which would defeat one of the main objects of the Code that is, to allow an honest but unfortunate corporate debtor to obtain a discharge from his debts subject to reasonable conditions. 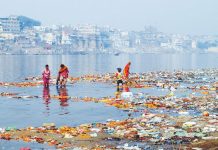