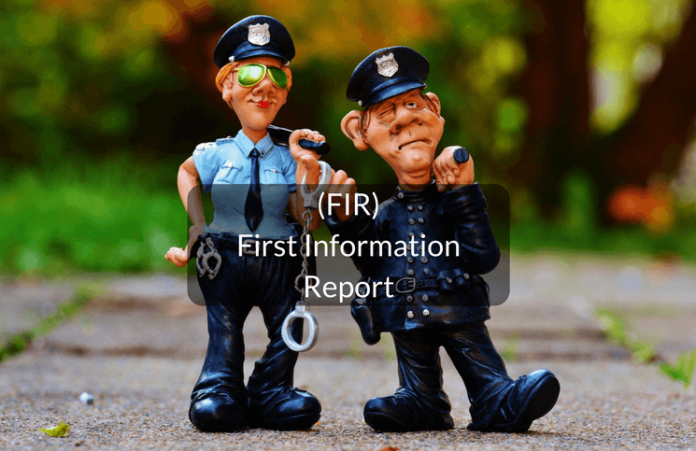 In this blog spot, Anubhav Pandey explains how can a person lodge an FIR?

Let us start with the layman interpretation of First Information Report (FIR). A police complaint is synonymous to an FIR.

All queries answered in one article.

(A sample FIR is attached in Annexure 1)

Cognizable offenses are one where police officers have the right to arrest a person with or without a warrant and to start the investigation of the crime prior to obtaining permission from the court.

When to File an FIR?

What are the Consequences of Delay in Filing of an FIR?

In spite of the delay, if still, the First Information Report looks substantive from the point of view of the law, such delay will not result in letting the culprit escape.

How to Register an FIR?

What To Do in the Case Where a Police Officer Refuses to Register an FIR?

Can a Telephonic Message be Sufficient for Registration of an FIR?

Procedure After FIR is Lodged

FIR in Case of Rape Complaint

In cases of a sexual offense, the delay is not given much importance as it is assumed by the court about the difficulty of the victim to come out and complain.

Where delay in filing an FIR in a rape case had taken place, Court was satisfied with the reasoning that the name of the family was involved, therefore, there was a delay in filing of the First Information Report.

Basic Miscellaneous Facts one Needs to Know about FIR

The FIR is lodged with a view to setting the investigation into motion and not for the purpose of setting down all the story and plot of the offense. There should be a common sense approach to such matters while evaluating the criticism against the FIR. Where FIR is proposed against a politician, actor, or a public servant charging that person with allegations of dishonesty, a preliminary enquiry should be conducted against such person

The First Information Report is not a substantive evidence. A person or the maker of the statement may give many statements but it is not necessary that every statement of such person can be treated as an FIR. For a statement to constitute the first information report, it is very necessary that two conditions should be fulfilled-

Drop your comments regarding the article in the comments section below & Share the Article. 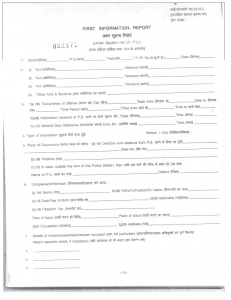 Sub: Loss of the Mobile phone

You are requested to kindly register the complaint and give me an attested copy of this complaint so that I can submit this to the service provider to block the phone number and prevent potential abuse of my SIM.

I shall be obliged if you kindly take action to trace and recover the lost device.