If you run a SME (Small and Medium Enterprise) and you want to raise capital, chances are high that you have never considered raising money through Chit Funds although this has proved to be a successful model in many states in India. Chit Funds generate money with little effort and capital. Many SMEs down south in states such as Tamil Nadu and Kerala profitably uses chit funds to raise funds. On the other hand, it is an informal and efficient way to utilize savings for the participants to the fund and it provides means of savings and finance where traditional banking system can not. On the other hand, there are numerous laws made by states and central government that control activities of chit funds, and certain kind of chits are completely banned. Running a prohibited sort of chit fund may incur criminal liability. Therefore this is an area where one must tread carefully.


So, what is a chit fund exactly? How does it function? What are the compliance requirements? Failing to comply to respective state laws on chit funds can get one in serious legal trouble. Even in states where chit funds are allowed, one generally has to obtain permission of the state government, register the fund and comply to a host of laws. To know more about how to run a chit fund legally, read on.

What is a chit scheme?

Chit scheme denotes a transaction by which a person generally know as foreman enters into an agreement with a specified number of persons that every one of them shall contribute a specified sum of money, generally by way of monthly installment over a definite period. The money that is pooled in is then auctioned every month amongst subscriber and the one who bids for highest discount is declared the winner and is given the prize amount. The amount that the chit winner forgoes as discount is distributed amongst the subscribers as dividend after subtracting the promoter’s commission.

How is Chit scheme different from prize chits

In chit scheme people generally contribute certain amount of money that is pooled in every month and auctioned, prize chit on the other hand includes any transaction or arrangement by whatever name called under which a person known as  foreman collects money in one lump sum or in instalments by way of contributions or subscriptions or by sale of units, certificates or other instruments or in any other manner or as membership fees or admission fees or service charges to or in respect of any savings, mutual benefit, thrift, or any other scheme and utilises the monies so collected for giving prize or gifts to subscribers by draw of lots or any other mean. Such transactions are banned under Prize Chits and Money Circulation Act, 1978.

A SME that wants to conduct chit funds, needs to know this difference, so as not to carry prize chit in name of chit fund as prize chit is banned under the law.

How to conduct a Chit Scheme?

For carrying out chit scheme, subscriber and foreman needs to enter into a chit agreement. Further, no chit can be commenced without prior sanction of the State Government within whose jurisdiction the chit is conducted and unless the chit is registered in that state in accordance with the provisions of Chit Fund Act as discussed later in the post.

The Central Act on chit scheme that is Chit Funds Act, 1982 stipulates that every chit agreement has to be in duplicate and is supposed to be signed by each of the subscribers or by any person authorised by him in writing and the foreman and should be attested by at least two witnesses and it shall contain the following particulars, namely:-

(a) full name and residential address of every subscriber;

(b) the number of tickets including the fraction of a ticket held by each subscriber;

(c) the number of installments, the amount payable for each ticket at every installment and the

interest or penalty, if any, payable on any default in the payment of such installments;

(d) the probable date of commencement and the duration of the chit;

(e) the manner of ascertaining the prizing subscriber at each installment;

(f) the maximum amount of discount which the prized subscriber has to forgo at any installment;

(g) the mode and proportion in which the discount is distributable by way of dividend, foreman’s

commission or remuneration or expenses for running the chit, as the case may be;

(h) the date, time and place at which the chit is to be drawn;

(i) the installment at which the foreman is to get the chit amount;

the provisions of this Act;

case of violation of any of the provisions of the chit agreement;

(l) the conditions under which a subscriber shall be treated as a defaulting subscriber;

(m) the nature and particulars of the security of to be offered by the foreman;

(n) the dates on which and time during which the foreman shall allow inspection of chit records     by the non-prized and unpaid prized subscribers as given in Section 44 of the Act;

of the subscriber or when he is otherwise incapable of making an agreement;

(q) any other particulars that may, from time to time, be prescribed.

(a) the financial condition of the foreman;

(b) his methods of operation;

(c) the interests of prospective subscribers;

(d) the requirements as to security; and

(e) such other factors as the circumstances of the easy may require.

How to obtain sanction of State Government to carry out chit scheme?

An application for obtaining sanction is supposed to be made by the foreman in such manner and form as may be prescribed under the rules formed by state government within whose jurisdiction chit has to be carried.

However, the sanction obtained shall lapse if the chit is not registered within twelve months from the date of such sanction or within such further period as the state government has prescribed.

How to get chit registered?

Registration of a chit scheme comprises of filing of returns, maintaining minutes of the meeting, audit of the account as I will discuss.

– Formation of a group or scheme

First step is the formation of a group or scheme for which prior sanction of registrar is needed. The prior sanction is obtained by filing of an application and payment of Rs. 50 as fees.

Subsequently the chit company needs to ﬁle a chit agreement with every member in that particular group. The fee for the purpose is around Rs.20 per member.

(1) Every chit agreement shall be filed in duplicate by the foreman with the Registrar.

foreman with an endorsement that the chit agreement has been registered.

The registration process is completed in around two months. Another advantage in chit scheme in this regard is that there is no subsequent requirement for renewal of the registration.

After the commencement of the scheme, the chit manager has to ﬁle the minutes of each monthly auction with the Registrar along with a fee of around Rs.4

– Name of the business- If a company wants to carry out chit business, it is compulsory for it to use the word “chit fund”, “chitty” or “Kuri” as part of its name.

– Exclusive Chit Business- A company that is carrying out chit business is not supposed to engage itself in any other business.

– Paid up Capital- A company has to have a paid up capital of at least Rupees One Lakh to carry on chit business.

– Account Audit- A registered chit fund needs to have its accounts audited by a qualiﬁed Chartered Accountant. The ﬁxed deposit made at the beginning of the scheme will be refunded only on the submission of the audited Balance Sheet and Statement of Accounts. Provided further that no such company shall commence any new chit the duration of which would

proviso unless it increases its paid-up capital to not less than rupees one lakh.

– Reserve Fund- A company carrying on chit business is supposed to create and maintain a reserve fund in which at least 10% of the annual profit shall be transferred. For appropriating any sum from the reserve fund, prior permission of the Registrar is requisite in form of an application in the prescribed form to the Registrar explaining the circumstances relating to such appropriation.

draw and shall be signed by the foreman, the prized subscribers, if present, or their authorised

agents, and at least two other subscribers who are present.

The minutes shall contain:-

(b) the number of the installment of the chit to which the proceedings relate;

(c) the names of the subscribers present;

(d) the person or persons who become entitled to the prize amount in the installment;

(e) the amount of discount;

(f) full particulars regarding the disposal of the unpaid prize amount, if any, in respect of any

(g) any other particulars that may be prescribed.

A true copy of the minutes of the proceedings of every draw certified as such by the foreman shall be filed by the foreman with the Registrar within twenty-one days from the date of the draw to which it relates.

After all the tickets specified in the chit agreement are fully subscribed, it is necessary  to file a declaration to that effect with the Registrar. Thereafter, a grant of certificate of commencement is issued to the foreman. Thereafter, cheat scheme can commence.

Chit scheme are easy source of money to build capital for SMEs and small businessmen. However, you need to know the regulation controlling it and various compliance requirement before plunging into this business. 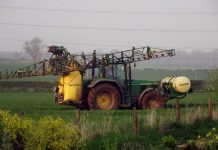 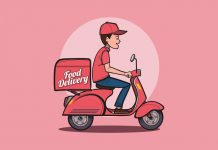 Most preferable funding stage for a food and beverage startup