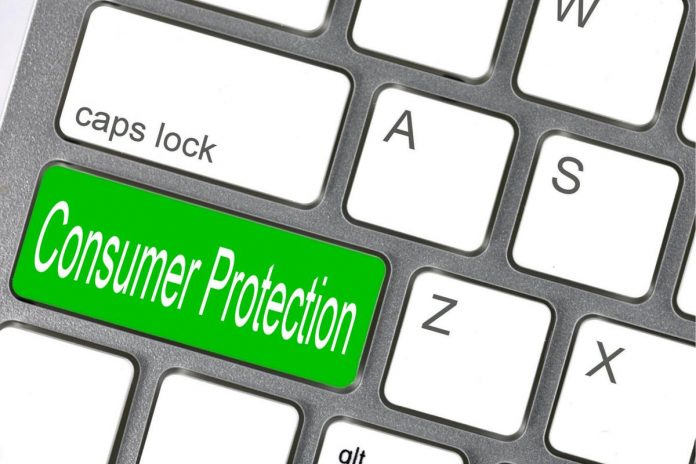 After independence, the need to recognise and enforce the right of consumers was realised and several laws were formulated for this purpose, inter alia, the Indian Standards Institution(Certification Marks) Act 1952, The Prevention of Food Adulteration Act 1954, The Standards of Weights and Measures Act 1976, The Trade and Merchandise Marks Act 1958, which to some extent protects the consumer interests. However, these laws require the aggrieved consumer to file a civil suit for consumer dispute which is an expensive and time-consuming legal process and also it is inconvenient for ordinary consumers. Therefore, the need for simpler and quicker access to redress consumer grievances was felt, and accordingly, it led to the legislation of the Consumer Protection Act, 1986. In the globalised world, consumers play an important role in the country’s economic system. The importance of consumer protection has considerably increased worldwide due to the social change and growing interdependent nature of many business practices. Consumer protection is seen as an essential part of economic and social policy. A variety of factors have led many countries to enact laws, thus recognising the need to evolve effective measures for consumer protection. Therefore, the Consumer Protection Act, 1986 attempts to remove the helplessness of the consumer which he complains against the powerful business and it also promotes the welfare of the society by allowing the consumers to participate directly in the market economy. In this article, we are going to understand how to file a consumer case before different Consumer Dispute Redressal Commissions in India.

In India, the Consumer Protection Act, of 1986 introduced the concept of ‘consumer’ and conferred the express additional rights of consumers. It is interesting to note that the Act doesn’t seek to protect every consumer within the literal meaning of the term. The protection is meant for the person who fits the definition of the consumer given by the Act. Section 2(7) of the Consumer  Protection Act, 1986 defines that “consumer is any person who buys goods or avails any service for consideration and does not include any user but does not include a person who obtains such goods for resale or for any commercial purpose.” The recent 2019 amendment of the Act has included the buying of goods and availing of services through all the modes of transactions, including offline, online, telephonic,direct-selling, or multi-level marketing. Consumer consciousness is growing at an increasing speed in India. In recent years, the development of consumer protection is not limited to the domestic level but has extended at the global level as well. A social movement has indeed begun which has made the consumers more aware of their basic rights. The United Nations Economic and Social Council has made recommendations emphasizing the role of governments in safeguarding the interest of the consumers. In India, the Consumer Protection Act 1986 provides the procedure for the administration and establishment of the quasi-judicial machinery ‘consumer courts’ which are set up at three levels: District consumer forums, State consumer forums, and National consumer forum, where the aggrieved consumer can file a complaint and these consumer courts address their grievances regarding consumer disputes.

The consumer can file a complaint with CDRCs in relation to unfair or restrictive trade practices, defective goods or services, overcharging, or deceptive charging, the offering of goods and services which are hazardous to life and safety, and misleading advertising,  Section 2(c) of the Act states that a complaint is a statement made in writing by the complainant to the forum, who is also competent to file it, which should contain the allegation in detail, and attach the relevant documents and pay requisite court fees and submit an affidavit.

Who can file a consumer case in India?

The complaint can be filled by a

4. One or more consumers where several consumers are having the same interest.

5. Consumer’s legal heir or representatives in case of the death of the original consumers.

Time limit within which a complaint can be filed

Under Section 69 of the Consumer Protection Act, 2019, there is a limitation period for filing the complaints. A complaint has to be filed within 2 years from the date on which the cause of action/deficiency in service/defect in goods arises. However, a complaint can also be filed after 2 years if the complaint satisfies the District Commission or the State Commission, or the National Commission that the consumer has sufficient reasons for not filing the complaint within two years. The commission records the condoning of such delay before entertaining it.

Components of a complaint

The complaint must contain-

1. Name and address of the complainant.

2. Name and address of the opposite party.

3. Date of purchase of goods purchased or service availed.

4. The consideration amount paid for the purpose.

5. Particulars of the purchase of the goods like bills, numbers, and details of the service availed 6. Details on what grounds the consumer dispute arises should be explicitly mentioned in the complaint petition.

7. Attach supporting documents like bills or receipts and notice sent to the seller or manufacturer 8. Attach the Affidavit along with the complaint petition, the affidavit must state that the facts presented and statements made by the consumer are true to their knowledge.

9. Pay the court fees and attach the same, the CDRCs charge a nominal fee as part of the complaint registration process, the demand draft for this fee should be made out to the President, Consumer Disputes Redressal Forum, of the relevant district.

Jurisdiction for filing the complaint

Under Section 34(1) of the Act, 2019, the consumer can file their complaint under the  District Consumer Disputes Redressal Forum where the value of the goods or service and the compensation, if any claim does not exceed one crore rupees.

Under Section 47(1) of the Act, 2019, the consumer can file their complaint about consumer dispute and unfair contracts to the SCDRF, where the value of the goods or service paid as compensation, exceeds one crore but does not exceed rupees ten crores.

Under Section 58(1) of the Act, 2019, the consumer can file their complaint for consumer dispute or under unfair contracts to the NCDRF, where the value of the goods or service paid as compensation, exceeds rupees ten crores.

Under Section 58(2) the jurisdiction, powers, and authority of the National Commission may be exercised by Benches thereof and a bench may be constituted by the President with one or more members deemed fit.

Procedure for admission of  consumer case

After the admission of the complaint, the DCDRF shall:

1. refer a copy of the admitted complaint, within twenty-one days to the opposite party,

2. if the complaint alleges a defect in the goods which cannot be determined without proper analysis or test of the goods, obtain a sample of the goods from the complainant with such fees as may be specified for the test, and direct to the appropriate laboratory for finding whether such goods have any defect alleged in the complaint or from any other defect and the report of its findings thereon sent to the District Commission within a period of forty-five days of the receipt of the reference or within such extended period as may be granted by it.

Under Section 40, of the Act, 2019 any of the parties can make an application to the District Commission to review any of the orders passed by it if there is an error apparent on the face of the records within thirty days of such order.

The consumer may either file an original complaint if it is within the pecuniary jurisdiction or Under Section 41 of the Act, 2019 an application can be made the party aggrieved within thirty days from the date of such order of the District forum to go for an appeal to the State forum with the certified order copy or a copy of Interim orders passed by the DCDRF, along with the affidavits has to be submitted before the State forum if there is any delay in filing an appeal the Condolences of delay must also be filled and submitted along with the affidavit. A statutory deposit is to be paid by the appellant/opposite party of Rs 35,000 or 50% of the award or the compensation amount, whichever is less.

Under Section 50 of the Act, 2019 any of the parties can make an application to the State Commission to review any of the orders passed by it if there is an error apparent on the face of the records within thirty days of such order.

The consumer can file the complaints directly if the goods purchased or service availed is within the pecuniary jurisdiction of the National Forum, or Under Section 61, of the Act, 2019 an application can be made by any of the parties aggrieved within thirty days of such order of the State forum.

Under Section 60 of the Act,2019 any of the parties can make an application to the National Commission to review any of the orders passed by it if there is an error apparent on the face of the records within thirty days of such order.

Relief available against the complaint

After studying the case the consumer forums may direct the opposite party to do any of the following measures to the aggrieved party :

1. Removal of defects from the goods.

2. Replacement of the goods.

3. Refund of the price paid.

4. Removal of defects or deficiencies in the service.

5. Award of compensation for the loss or injury suffered.

7. To withdraw hazardous goods from being offered for sale.

8. To cease manufacture of hazardous goods, and desist from offering services that are hazardous in nature.

10. To provide adequate costs for parties.

The Consumer Protection Act provides a guarantee to the consumer’s rights and has made the filling proceedings facile for the consumers suffering to get redressal of their grievances without facing long delays, heavy court fees’ and lawyers’ tolls also the bare fact that the complainant in this written complaint has even raised complicated questions of fact or law, it cannot be refused to be entertained by the Consumer Disputes Redressal Commissions. In the present time, innovation in technology has provided the option for filing consumer complaints online. The Consumer Protection Act, 2019 is incorporated with mediation as an alternative dispute resolution mechanism, which helps in arriving at a settlement.

Consumer rights and responsibilities that everyone needs to know about