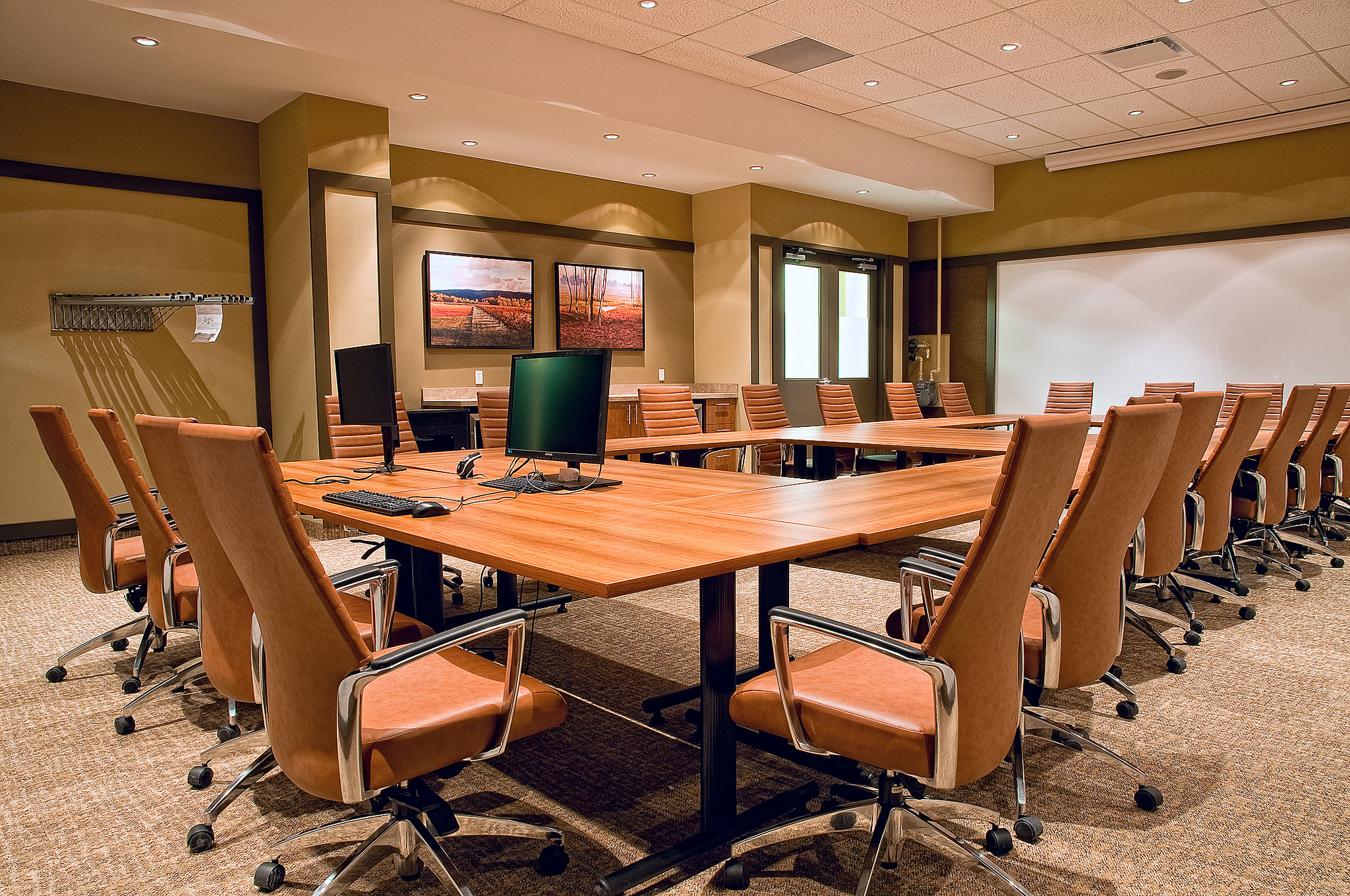 This article is written by Saurabh Mishra, a student of Hidayatullah National University, Raipur

In commercial transactions, cheque bouncing occurs quite frequently. The legislature has inserted Section 138 in the Negotiable Instruments Act, 1881 to prevent this. The drawer is liable to be criminally prosecuted if there is dishonor of cheque either due to insufficiency of funds or if it exceeds the arrangement made by the drawer.  In order to invoke Section 138 it is necessary that the cheque must be issued in discharge, wholly or in part of any debt or other liability of the drawer to the payee. There are certain other conditions as well that needs to be fulfilled. They are as follows:

Section 141 of the Negotiable Instruments Act, 1881

In cases of criminal liability the normal rule is against vicarious liability, that is, no one can be responsible for an act of another. However Section 141 of the Negotiable Instruments Act, 1881 is an exception to the above rule. A company is an artificial person created by law and acts through its directors and the officers who are responsible for the conduct of the business of the Company.

(1) If the person committing an offence under section 138 is a company, every person who, at the time the offence was committed, was in charge of, and was responsible to the company for the conduct of the business of the company, as well as the company, shall be deemed to be guilty of the offence and shall be liable to be proceeded against and punished accordingly: Provided that nothing contained in this sub-section shall render any person liable to punishment if he proves that the offence was committed without his knowledge, or that he had exercised all due diligence to prevent the commission of such offence: 22 [Provided further that where a person is nominated as a Director of a company by virtue of his holding any office or employment in the Central Government or State Government or a financial corporation owned or controlled by the Central Government or the State Government, as the case may be, he shall not be liable for prosecution under this Chapter.]

(2) Notwithstanding anything contained in sub-section (1), where any offence under this Act has been committed by a company and it is proved that the offence has been committed with the consent or connivance of, or is attributable to, any neglect on the part of, any director, manager, secretary or other officer of the company, such director, manager, secretary or other officer shall also be deemed to be guilty of that offence and shall be liable to be proceeded against and punished accordingly. Explanation. — For the purposes of this section,—

(a) “Company” means anybody corporate and includes a firm or other association of individuals; and

(b) “Director”, in relation to a firm, means a partner in the firm.

Severe consequences could be faced by the directors in case of dishonor of cheques. Section 141 covers following categories of persons:

a)      The Company which committed the offence.

b)      Every person who was in charge of and was responsible for the business of the company.

c)      Any other person who is a director or a manager or secretary or officer of the company with whose connivance or due to whose neglect, the company committed the offence.

Section 141 of the NI Act makes the directors, manager, secretary and other officer of the companies liable if the offence is committed because of negligence on their part.Any corporate officer accused under Section 141(1) of the NI Act has to: (1) be a person responsible to the company for the conduct of the business of the company under the provisions of the Company law and (2) be in-fact also a person in-charge of the business of the company.[3] With regards to the legal position concerning the vicarious liability of the Director in a company, the Supreme court has laid down following principles in the case of National Small Industries Corporation Limited v. Harmeet Singh Paintal[4]

Section 141 (2) makes those corporate directors/officers responsible who may not be in charge of the conduct of the business of the company, but the offence was committed with their consent, connivance or due to their negligence provided specific averments are made in the complaint illustrating the manner in which they are guilty of consent, connivance and negligence.[5]

The Supreme Court in the case of Central Bank of India vs. Asian Global Limited[7], held that the averments in the complaint must be specific and unambiguous, showing clearly that the director was responsible for and in charge of the conduct of the business of the Company at the time of the commission of offence.

In the complaint the mere reproduction of the wording of Section 141 (1) is not sufficient to make person liable to face prosecution, as this would imply that if a company has 100 branches and the cheque issued from one of the branches was dishonored, the officers of all the 100 branches could be made accused by simply making an accusation that they were in-charge and were responsible for the conduct of the business of the company. This is not intended under the act because the harassment and hardship of the criminal proceedings in such cases can be more serious than the ultimate punishment.[10]

The reason for requiring specific averments before any corporate officer/director can be held liable is that the liability under Section 141(1) arises because of legal fiction .i.e. even though the person is not personally liable, he will be held vicariously and hence a clear case linking the accused with the commission of crime has to be stated in the complaint through specific factual averment.  The complainant being an outsider might not be aware of the how the internal business of the accused company is organised this serves as a disadvantage to the complainant.[11]

In spite of the aforesaid, the directors are being made a party without any rhyme or reason. Thus flooding the Courts with such frivolous cases. In such cases, the remedy available to the Director is to approach the High Court under Section 482 of Criminal Procedure Code which talks about inherent powers of the High Court. However, whether a director is involved in the day –to- day affairs of the Company is a question of fact and cannot be decided in the petition under Section 482 of Criminal Procedure Code. Once a notice under Section 138 of the NI Act, 1881 is served to the director, he will be subjected to the rigorous criminal laws.

In the case of Madhya Pradesh vs. Awadh Kishore Gupta[12], the Supreme Court observed that if the investigation is not complete then at that stage it was not proper for the High Court to look into the materials, the acceptability of which is a matter of trial. While exercising its jurisdiction under Section 482, it was not permissible for the Court to act as if it was a trial judge.

When the accused approaches the Court under Section 482 in order to quash the complaint, it is not proper for the High Court to consider the defense of the accused or to look into the merits of the accusation. However in the case of Harshendra Kumar D vs. Rebatilata Koley[13],  the Court held that the High Court may look into the material which prima facie have a significant bearing on the matter in order to prevent miscarriage of justice. This is necessary in order to prevent misuse of the provision of law and to save the innocent director who was not involved in the day-to-day affairs of the Company from all the hardships

Thus, it becomes important for all the Companies to ensure that all their filings (regarding appointment and resignation of the directors, etc.) with the Registrar of the Companies are up-to-date. If all these documents are up-to-date, it will be helpful to the accused to produce the required document as evidence under Section 482 in order to quash the complaint filed against them. [14]

Frivolous Litigation and Duty of the Court

In order to invoke Section 138 of the NI Act, 1881 it is necessary that the director must be in-charge of and responsible for the conduct of the business of the Company. However, in order to put extra pressure on the Company, the complainants join all the directors in the complaint. This causes huge hardship to the directors who are not concerned with the day-to-day affairs of the Company.  Hence at the initial stage proper scrutiny should be made in order to avoid multiplicity of litigation.  It is the duty of the Trial Court to ensure that all the averments that are made in the complaint along with the preliminary evidence justify an action under Section 138 of the NI Act, 1881. This will protect the innocent person from going through all the hardships involved in litigation.

Thus in order to make the director liable it is important that all the necessary averments must be made in the complaint. Under Section 141 of the NI Act, 1881 all the people connected with the company can become vicariously liable. In the complaint, a clear case should be spelled out against the person who is sought to be made liable. It is the duty of the Magistrate to examine the averments made in the complaint. If the Magistrate is satisfied that a case falls under Section 141 of the NI Act, 1881 then he would issue the process. The averments made in the complaint serve the purpose that the person sought to be made liable would know what the case that is alleged against him is. This will enable him to meet the case at the trail. Just because a person is the director of the Company that will not be enough to make him guilty. A person who was responsible for the conduct of the business of the Company but was not in-charge of the conduct of the business of the Company can be held liable only when the offence was committed with his consent or connivance or was a result of his negligence. [15]