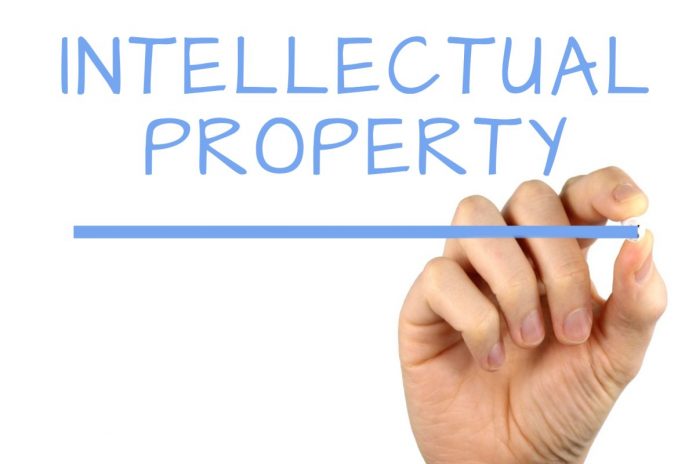 This article is written by Priya Rani pursuing a Diploma in Intellectual Property, Media and Entertainment Laws and a
Diploma in Advanced Contract Drafting, Negotiation and Dispute Resolution. This article has been edited by Ojuswi (Associate, Lawsikho).

The last decade has witnessed an explosion of inventions from across the globe. Patents and trademarks are the lifeblood of innovation. They help turn an idea into reality and generate millions of dollars in return.  Intellectual property has indeed become a key battleground between the world’s biggest economic powers.

The 2021 Global Innovation Index Report released by World Intellectual Property Organisation (WIPO) shows that China ranked 12th, two places up from the previous year. The Report is an indicator of China’s progress in innovation. China is one step closer to getting into the elite top ten.

The Global Innovation Index Report is important as it is a benchmark for measuring innovation and also aids as a pointer for governments to make economic decisions.  China’s global innovation index ranking has steadily increased with a strong upward momentum since 2013.

The different parameters such as China’s trade, competition, market size, and knowledge show they are in the world’s leading position. The diversification of domestic industries, the average expenditure of the top global R&D companies, the average score of top universities, the development of industrial sectors, and the proportion of total capital formation in GDP are indicators that show that China has taken more measures to promote, strengthen and optimize a better environment for enterprises to innovate and develop. China is gradually transforming itself from a country that imports knowledge to a country that produces knowledge and innovations.

China was a majorly impoverished agrarian economy a few centuries ago. The high population of China made it a labour-intensive industry where labour and materials were cheap. Over a period of time, China turned to a commercial economy that supplies plants and equipment. Today, China is fast evolving into a knowledge-based economy. China is on the verge of becoming a high-tech country known for ‘smart’ manufacturing and powered by next-generation technologies such as quantum computing, artificial intelligence and semiconductor chips.

This case is significant as it was the first civil case of infringement to which the Supreme People’s Court applied statutory maximum five folds of punitive damages.

In this case, the plaintiffs alleged that the respondent company had infringed their technical secret of the “Kabo” manufacturing process and therefore filed a lawsuit in the Guangzhou Intellectual Property Court requesting to stop the infringing activities, tender an apology and compensate for the losses. The Guangzhou IP Court found the respondents guilty of the act and applied 2.5 times punitive damages. Unsatisfied with the compensation amount, the plaintiffs appealed to the Supreme People’s Court.  While sustaining the judgement of the first instance court that the respondents had intentionally caused the infringement, the Supreme Court held that the Guangzhou Court had not fully considered the degree of subjective malice of the infringer in calculating the compensation. The judgement, considered factors such as the contribution of the infringed technology, subjective malice of the sued infringer, committing infringement as the primary business, the act of spoliation of evidence, the long duration and the large scale of the infringement, and finally determined the statutory maximum folds of punitive damages (five-folds). The judgement sends out a strong message that China is serious about strengthening judicial protection of intellectual property rights.

The penalty for criminal offences relating to intellectual property has been also strengthened by bringing amendments to the Criminal Law.

China has come up with an ambitious scheme and has released “The Outline of Building an Intellectual Property Rights Powerhouse (2021-2035) on 22 September 2021 which marks two stages of development:

The Outline draws a clear road map to boost innovation in the country with the aid of a stringent legal framework to protect intellectual property rights. It is a continuation of China’s National IP Strategy issued in 2008 and will be the strongest policy that will be a guide for the next three Five Year Plans.

While innovation is the primary driving force of development, patents are often considered one of the most important indicators of innovative activities. The number of patent applications filed through the Patent Cooperation Treaty (PCT) of the World Intellectual Property Organisation (WIPO) is also one of the most widely used indicators to measure innovative activities. China surpassed the US in the number of PCT patent applications in 2019 and maintained an annual growth of 16% in 2020. This means China is the world’s top international patent filing country for the second consecutive year.

WIPO released the “Global Innovation Index (GII) 2021”, in which China ranked 12th, which is two places up from the year 2020. It is now positioned in first place among middle-income countries and has surpassed developed countries such as Japan, Israel and Canada. In terms of innovation, China has made significant growth in intangible assets, knowledge creation and the influence of knowledge. China is in the world’s leading position in many segmented indexes such as the number of patent and trademark applications by domestic applicants and the proportion of exported creative products in total trade. China is gradually transforming into an intellectual property powerhouse.

The number of intellectual property applications in China has continued to grow rapidly year on year under incentive schemes such as government funding for patent applications and tax benefits for high tech companies. However, filing that deviates from the purpose of protecting innovation, such as irregular patent applications and bad faith trademark squatting, has become an increasingly serious and unique problem. To counter this, China has adopted various strategies to promote the quality of intellectual property rights.

Challenges in the IP regime of China

China has made steady progress toward a better IP regime and enforcing IP rights. However, the counterfeiters and infringers in China are highly sophisticated. They exploit the procedural loopholes to invalidate legitimate patents and trademarks and use reverse engineering mechanisms to infiltrate patent rights. Intellectual Property violation remains a major concern for companies operating in China. The uneven enforcement and procedural barriers frustrate a company in its effort to protect IP in China. The IP registered in other countries are not recognized unless they are registered in China. Therefore, the first and foremost step towards IP protection in China is to register in China. If a company doesn’t file its copyrights, patents and trademarks in China its IP has no formal protection there.

The pandemic of COVID 19 has played havoc around the world and the economy. But there are some sectors like digitalization, technology and innovation which have shown resilience. As the world looks to rebuild from the pandemic, innovation plays an integral role in overcoming the common challenges that we face and building a better future. China is leading by example in the field of innovations along with the change of laws they made in the field of intellectual property.