This article is written by Sneha Inampudi, pursuing a Certificate Course in Insolvency and Bankruptcy Code from LawSikho.com. Here she discusses “Meaning of Dispute Concerning an Operational Debt – Case Law Analysis”. 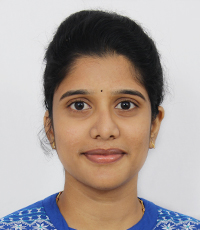 The concept of the dispute is only applicable to the operational creditor for filing corporate insolvency resolution applications (CIRP) before the Adjudicating Authority. The Hon’ble supreme court has stated  that the concept of dispute and the existence of the dispute did not apply to the section 7 application

The term ‘operational debt’ means “a claim in respect of the provision of goods or services including employment or a debt in respect of the payment of dues arising under any law for the time being in force and payable to the Central Government, any State Government or any local authority.’’

From the definition, it is inferred that the following persons will come under the ambit of the operational creditors.

The operational debtor can initiate CIRP on the occurrence of a ‘payment default’ by filing an application under Section 9 of IBC before the Adjudicating Authority (National Company Law Tribunal) having jurisdiction. The creditor much show the record of the liability and evidence of the default.

The said process is to facilitate the informational discussion between the corporate debtor and operational debtor and to prevent the small operational creditors from pushing the debtor into the clutches of the CIRP.

The Adjudicating Authority must reject the application U/s. 9. When the notice of the dispute has been received from the corporate debtor, or there is a record of dispute in the informational utility.

Meaning of the term “Dispute”

The code defined the term dispute in section 5(6) as ‘dispute’ Includes a suit or arbitration proceedings relating to :

The Mobilox (Corporate Debtor) engaged Kirusa (operational Creditor) for conducting the televoting for a TV Program and executed a Non-Disclosure Agreement (NDA). Kirusa has raised an invoice on the Mobilox. However, Mobilox informed Kirusa that the payment against the invoice had withheld due to a breach of the terms of NDA.

Later, the operational debtor, i.e., Kirusahas sent the demand notice under section 8(1) of the IBC for which operational creditor has replied that there exists a bonafide dispute between them.

After the issuance of the notice, the operational creditor had initiated CIRP of Mobilox by filing an application under section 9 before the NCLT, Mumbai which dismissed the Kirusa’s application by stating that the debtor has issued the notice of the dispute.

Aggrieved by the decision of the NCLT the operational creditor has preferred an appeal to the  NCLAT, which allowed the appeal on the ground that the Mobilox’s reply to the demand notice doesn’t come under the purview of dispute within the meaning of section 5(6)  or section 8(2), and held that the dispute has to be related to the

The Supreme Court has looked into the intention of the legislature behind enacting the provision. Section 5(4) of the bill defines dispute” means a bona fide suit or arbitration proceedings relating to –

(a) the existence or the amount of debt;

(b) the quality of goods and service; or

(c) the breach of a representation or warranty

While enacting the IBC code, the legislature has replaced the word Means with the term includes and further the term ‘bonafide’ has been excluded.

From the above it is pertinent that the dispute need not necessarily relate to the existence of the amount of the debt, quality of good or service or breach of a representation or warranty as Understanding the dispute under the Insolvency and Bankruptcy Code, 2016 enumerated in sub-clause (a) or (b) or (c) of clause (6) of Section 5.

The word and mentioned in section 8(2)(a) suggest that a dispute between the operational creditor and corporate debtor will be in existence if the dispute between them culminates into a suit or arbitral proceedings. The Supreme Court held that reading them and in a literal sense would lead to great hardship, and the debtor may stave off the CIRP only if the dispute is already pending in the form of suit or arbitration.

Consideration of the fact that law permits a long limitation period the court held that the word ‘and’ in section 8(2)(a) of the IBC to be read as ‘or’. Further, noted that “it has been accepted to carry out the intention of the legislature it is occasionally found necessary to read the conjunctions “or” and “and” one for another.

Role of the Adjudicating Authority in determining the ‘Dispute’

The Supreme court held that while determining the admissibility of application of CIRP under section 9, The Adjudicating Authority must consider the following

The supreme court rejected the bona fine test as used in the erstwhile legislature. The court observed that sec 5(4) of the bill used the term bona fide while determining the dispute, but the present code has excluded the term bonafide while defining the term dispute U/s. 5(6). Therefore, the court held that it is difficult to import the term bona fide into sec 8(2)(a) in order to determine whether there exists a dispute or not.

The Supreme Court has evolved a new principal, i.e. Plausible Contention for determining the existence of a dispute. The Adjudicating Authority must look into the facts and determine whether there exists a plausible contention that requires further investigation. However, the tribunal need not go into the merits of the case and satisfy that the defense is likely to succeed.

The Supreme court in the said landmark judgment has enlarged the scope of the dispute and made it an inclusive definition. Therefore, while interpreting the dispute, the principles of the ejusdem generis should be applied.

The court even held that dispute U/s. 5(6) is not restricted to pending suit or arbitration proceedings. It even includes the correspondence between the parties showing that there is a dispute relating to the operational debt could be considered as a dispute. 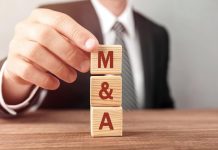 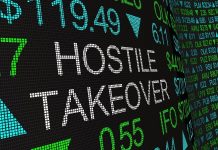