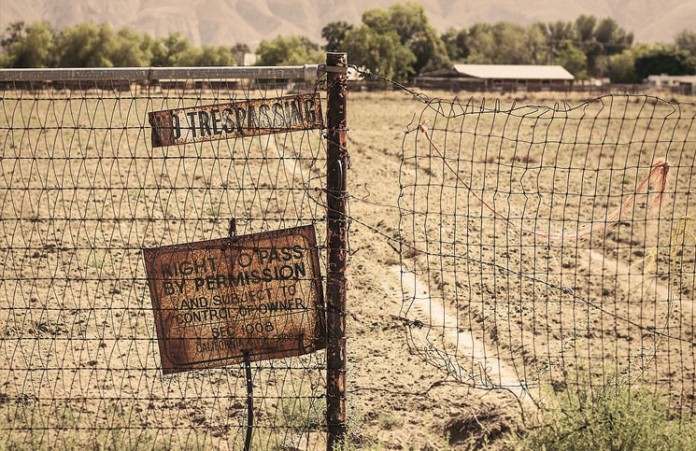 This article is written by Prerana Saraf, on property trespass.

Trespass is a physical interference by a person in a property belonging to another person. It could be a tort of trespass when there is a direct interference with the peaceful enjoyment of the land in the form of unlawful entry, unlawful placing of things or inducing dangerous things or animals into the land or it could be a criminal act provided under Section 441 of Indian Penal Code, 1860 which defines ‘criminal trespass’ as ‘Whoever enters into or upon property in possession of another with intent to commit an offence or to intimidate, insult or annoy any person in possession of such property, or having lawfully entered and unlawfully remains there.’ Intention is an element as ‘mens rea’ is important for an act to be criminal. Punishment for the same is provided under Section 447, which includes imprisonment for upto 3 months; fine upto Rs. 500 or both.
The Supreme Court examined the definition of a ‘trespass’ in 2010 in Laxmi Ram Pawar v. Sitabai Balu Dhotre[1], in the context of Maharashtra Slum Areas (Improvement, Clearance and Redevelopment) Act, 1971. The Supreme Court was of the opinion that, ‘A trespass is an unlawful interference with one’s person, property or rights. With reference to property, it is wrongful invasion of another’s possession.’
A person who unlawfully remains in the property of the other is also liable for ‘trespass by remaining on the land.’ This is when a person lawfully enters into another persons’ property but remains there even after the right ceases to exist.  There is ‘continuing trespass’ as well, which means that trespass by way of personal entry continues as long as the wrong-doer is personally on the land. Or, if he has induced a thing, trespass continues for as long as the thing is removed from the land.

It can be gathered that, the essential ingredients of a criminal trespass, therefore are:
1.Entry into or upon property in the possession of another;
2.If such entry is lawful, then unlawfully remaining upon such property;
3.Such entry or unlawful remaining must be with intent to commit offence, annoy or intimidate the person.
Also, the property has to be in actual possession of another person. ‘Actual’ means to the exclusion of all other people. It need not necessarily be in the possession of the owner, it could be with the tenant as well. Besides, the entry need not be forceful; it is enough if it is without permission. However, the owner needs to be diligent about a peaceful trespasser who is unaware of the title of the true owner since, if the owner does not assert his title within a prescribed period and trespasser is allowed to have peaceful, continuous possession, he acquires an absolute title over the land. The limitation period provided under Article 65 of the Limitation Act, 1963 for suit for possession of immovable property is twelve years.

This was observed by the Supreme Court in Nair Service Society v. K.C. Alexander[2] on the basis of which various propositions with regard to trespasser vis-a-vis a true owner were laid down. Some of the relevant propositions are mentioned below:

The owner or tenant of the land in possession of the property is entitled to remedies in the form of:

(i) Injunction – to restrain trespasser from causing any further damage
(ii) Damages – compensation for all the losses you have incurred due to the trespass.

It is important for a person to be primed in order to handle an instance of trespass in their land/property. First and foremost, one has to keep his/her title deeds viz mother deed, conveyance deed, upto date tax paid receipt, khata from the appropriate authority ready. In case of agricultural land, RTC extract (Record of Rights, Tenancy and cultivation) and MR extract (Mutation Register) from concerned Tahasil office and Akarbandh, Tippani copy, and Phodi sketch from the survey department. All the aforesaid documents show that the person has legal title and is the rightful owner and has been in peaceful possession and enjoyment of the subject property.
Apart from having all these legal documents in place, in order avoid trespass and to be at a safer side one has to place either compound wall or barbed wire fencing around their property and exhibit his ownership with board stating ‘This property belongs to XYZ, trespassers will be prosecuted. (with phone No.)’ This helps one to declare that he has the undisputed title to the property with no objections from anybody including the trespasser.
In spite of all this, if the trespasser enters one’s land repeatedly even upon asking them to leave, or damages his board or compound, then one must go ahead and lodge a police complaint under Section 441 of the Indian Penal Code. You could also plead for interim relief from the court restraining the trespasser from causing any further damage. Interim or temporary relief can be granted at any period of a suit. It is granted if it is proved by affidavit or otherwise, that the subject property is in danger of being wasted, alienated or if defendant threatens to dispose of the property with the intent to defraud creditors.
Further, one can also file a suit for declaration of title, as once it is declared that you have the title to the property, the trespasser cannot transfer the property illegally.  It is also impertinent for you to know the particulars of the trespasser and make note of the instances of trespass. Details like the date, time, the number of times the person trespassed along with a photograph or video would add to your benefit.

These measures will help you eliminate the trespasser from your property. 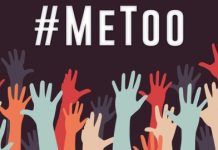 What legal actions can you take if you are a victim of false sexual harassment allegation?

© Copyright 2016, All Rights Reserved. | Powered by iPleaders | Designed & Maintained by Sourav & Team
What updates do you want to see in this article?
X
Need professional help? Talk to our expert for Rs. 499 for 30 minutes and get all your questions answered. Introductory price and one time offer. We will call you within 24 hour of payment.
Served By