This article is written by M Arjun, pursuing a Diploma in Cyber Law, Fintech Regulations and Technology Contracts from Lawsikho.com. Here he discusses “Recent Changes In 2019 FDI Policy for E-commerce Stores”. 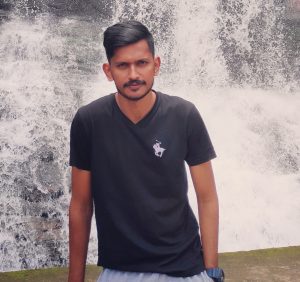 The word e-commerce is no longer a buzzword for Indians. The e-commerce industry had seen proliferating growth in the past few years. With 451 million monthly active Internet users at end of financial year 2019, India is now second only to China in terms of internet users, according to a report by Internet and Mobile Association of India. Thanks to cheaper data tariffs and availability of a plethora of affordable smartphones in the Indian market. India is the fastest-growing market for the e-commerce industry. Reports suggest that revenue from this sector is expected to rise from US$ 50 billion in 2019 to a whopping US$ 200 billion in 2026. Almost 6 million new entrants are added to this sector every month. In light of all these reasons and expectations, the e-commerce industry in India has gained a lot of attraction from foreign countries in the form of investments, mergers and acquisitions. E-commerce and consumer internet companies received around US$ 7 billion in private equity and venture capital in 2018.

Foreign direct investment in the e-commerce sector has been a controversial topic ever since the inception of this concept. E-commerce in India is broadly classified into two prominent categories- (i) A marketplace model of e-commerce, (ii) An inventory model of e-commerce. The former model is also termed as the B2B model where the e-commerce entity offers a technology platform and acts as a facilitator between the sellers and the customers. Whereas the inventory model is called as the B2C model in which the e-commerce entity controls the inventory and sells it to the consumers directly. E-commerce behemoths such as Amazon and Flipkart are classic examples of market place entities. An online store for “Jockey products” owned and managed by Jockey is an example of an inventory-based model. The FDI policy for both these model differs accordingly.

FDI policy in e-commerce was first promulgated through Press note 2 of 2000. E-commerce was never a trending topic back then. The immense growth of this sector after 2015, forced the Department of Promotion of Industry and Internal Trade (“DPIIT”), erstwhile called the Department of Industrial Promotion and Policy (“DIPP”) to come up with a robust framework to govern FDI in this booming industry. As a result, the DIPP published the FDI policy through Press note 3 of 2016. The provisions of the press note allowed 100% automatic route FDI (without any approval) for e-commerce entities operating as per the market place model.  However, the policy strongly disallowed FDI in inventory-based models. On the other hand, market-place e-commerce entities circumvented these policies and exploited the lack of clarity in the provisions.  Despite the implementation of the 2016 policy, deep discounting and violations of the provisions of the FDI policy continued to be the aftermath. Numerous allegations and complaints were raised by various retailers associations such as the Retailers Association of India (“RAI”) and Confederation of All India Traders (“CAIT”).

These situations along with the change in market dynamics forced the DIPP to come up with more stringent provisions for regulating FDI in the sector. By that time, India witnessed its largest merger deal and the world’s biggest e-commerce deal ever. The U.S giant “Walmart’ entered the Indian e-commerce scenario by acquiring over 77 per cent ownership in the e-commerce giant Flipkart. Later the DIPP released the subsisting FDI policy through the Press note 2 (2018 series) on December 26th of 2018. This publication caught international attention and contributed towards the agitation of dominant players such as Amazon and Flipkart. The 2018 FDI policy came into force from February 1, 2019.

The main objectives of the 2018 Press Note were to ensure a level playing field between the FDI powered e-commerce companies and other online as well as offline retailers. The Retailers body such as the Confederation of All India Traders (“CAIT”) considered the policy to be a welcome move from the government. To much of the contrast of their expectations, it can be rightly said that not much has changed during the past 8 months. CAIT has made several protests and flooded the government departments with complaints regarding deep discounts, festival sales and predatory pricing. DIPP had organised multiple meetings with the e-commerce entities and had ordered investigation on deep discounts and festive sales conducted by these companies. Amazon and Flipkart were already sent questionnaires to study their seller lists and mode of operation. Issues such as predatory pricing are already before the Competition Commission of India.

Amidst all these efforts coming from various corners, e-commerce in India is thriving towards new heights. Amazon and Flipkart despite making losses each year are continuing their practice of offering eye-catchy discounts and cashback. It is clear that these entities are playing a real long term game considering the massive potential of e-commerce in India. Festival sales and other sales have increased in number. Discounts on Fast Moving Consumer Goods (FMCG) products are scaling into new heights. Hence the effectiveness of the 2018 policy remains a complicated question. The contribution of banks, credit card companies and payment aggregators in offering discounts cannot be ruled out. The policy nowhere addresses the role of other entities in offering discounts. A draft e-commerce policy has been released by the DIPP in February 2019. Provisions for better regulations are expected in the final draft which is expected to be released in 2020. The 2018 FDI policy has many grey areas and requires clarifications and additions in many provisions, for achieving its objective. The industry giants with certain restructuring have easily circumvented various provisions of the policy. The e-commerce industry is one of the most promising sectors and prudent regulations are incidental to sustain its growth. Considerations should be given to offline retailers as well. So it is important that the government needs to come up with better policies that serve the interest of all the stakeholders in the retail sector. Apart from the formulation, measures must be taken to avoid exploitation of the loopholes and for the better implementation of such policies.