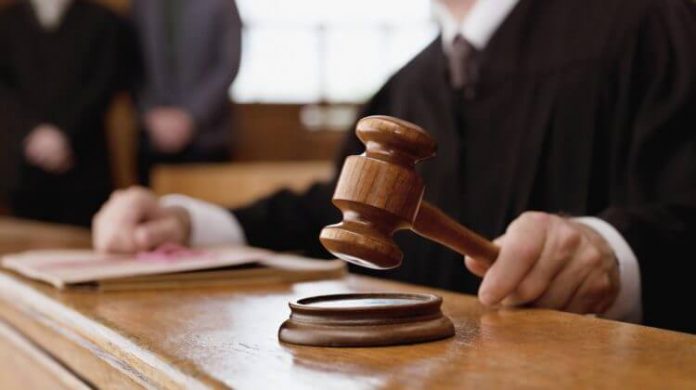 The Justice Manepalli Narayana Rao Venkatachaliah Commission is another name for the NCRWC (The National Commission to Review the Working of the Constitution). It was established on February 22, 2000, by a resolution of India’s NDA government, led by Atal Bihari Vajpayee. The NCRWC’s mission is to propose possible amendments to the “Indian Constitution.” In 2002, the report was submitted. The term of reference began with the goal of creating the greatest Constitution possible, one that boasts an effective system of governance within the context of a democratic parliament without jeopardizing its core elements.

M.N. Venkatachaliah, a retired Chief Justice of India, presided over the 11-member commission. The commission issued its report on March 31, 2002, which was received by Law and Justice Minister Arun Jaitley and consisted of 1979 pages in two volumes. The suggestions are found in Volume 1, while extensive consultation papers, background papers, and editorials are found in Volume 2.

Who has the power to review the functioning of the constitution?

Indian courts used the idea of judicial review prior to the establishment of the Indian constitution. The Government of India Act, 1935, enacted by the British Parliament, established India’s federal system of government. The Central and State Legislatures have plenary powers in their respective sectors under this act.

‘’Maurice Gwyer, Chief Justice of the Federal Court of India in Bhola Prasad v. the King-Emperor (1942), observed ‘that’ we must again refer to the fundamental proposition enumerated in 1873 (Reg v. Borah), which describes the federal system of government in India. Before the Indian Republic was established, the constitutional thinkers of India were of the view that in the Constitution of free India, there must be provisions for the Supreme Court with the power of Judicial Review.

Article 13 of the Indian Constitution provides for judicial review of all Indian laws, both past, and future. The High Courts and the Supreme Court of India have been given this power, and they can declare a law unconstitutional if it violates any of the provisions of Part 3 of the Constitution.

Why is there a need for amendments in the Constitution?

Recommendations that involve amendments to the Constitution

The original Constitution provided for three categories of amendments:

The doctrine of the basic structure

India has certain  “Basic  Features”  that can not be changed or destroyed through amendments by the Parliament of India. Basic features are the fundamental rights guaranteed to individuals by the Constitution. The doctrine thus forms the basis of the power of the Supreme Court of India that seeks after the “Basic Structure” of the Constitution.” Basic Structure” of the Constitution is resting on the basic foundation of our Constitution which is the dignity and freedom of its citizens which is of supreme importance and the Parliament cannot (under article 386) expand its amending power to acquire the basic and essential features.

The National Commission to review the working of the Constitution (NCRWC)

The stated Commission prepared some recommendations which comprised 1979 pages which were divided into two-Volumes.  Role of Volumes are –

Volume 2: In the context of India, it comprises higher judiciary culpability of the state in tort, prohibition of governance security, and literacy. It includes, among other things, the right to make treaties under our Constitution, Article 356 of the Constitution, empowering and strengthening local self-government, and so on. It also includes fiscal and monetary policy, as well as trade and commerce restrictions between states.

In this case, the question was whether or not Fundamental Rights could be modified. The Supreme Court argued that Fundamental Rights are not amenable to the Parliamentary limitations as stated in Article 13 and that a new Constitutional Assembly would be required to amend Fundamental Rights. Despite the fact that article 368 outlines the method for amending the constitution, parliament does not have the authority to do so.

This lawsuit was a turning point in the fight for Muslim women’s rights in 1985. In this case, the Supreme Court held that the Code of Criminal Procedure, 1973, applies to all citizens regardless of religion, resulting in political controversy and a judgement bypassing the Muslim Women (Protection On Divorce Act), 1986, which states that alimony must be paid only during the iddat period.

Vishaka and State of Rajasthan (1997)

This case dealt with sexual harassment in the workplace. In the judgment, the Supreme Court provided guidelines for employers and institutions to immediately ensure the prevention of sexual harassment. These are called ‘Vishaka Guidelines”, and they should be considered law until any legislation is enacted.

In this case, the Supreme Court outlawed the backward practices of instant ‘Triple Talaq” which permitted Muslim men to end their marriages by uttering the word “Talak” three lines without making any provision for alimony.

Samatha and State of Andhra Pradesh (1997)

In this case, all mining leases awarded by the State Government in the Scheduled Area were declared null and void, and all mining operations were ordered to cease. It stated that commercial enterprises or non-tribal entities could not lease Scheduled Area for individual operations. Only a government undertaking and tribal people are allowed to do so.

In this case, Sushmita Ghosh filed a petition before the SC stating about her marriage with MC Ghosh as per Hindu Rituals (1984). However, he asked Mrs. Ghosh for divorce stating that he had been converted to Islam so that he can marry for the second time Ms. Vinita Gupta who was a divorcee with two kids. Since there is no such provision under the Hindu Marriage Act, 1959, so he produced a certification that confirmed his conversion to Islam. The above-stated facts made it clear that Mr. Ghosh converted to Islam for second marriage and he had no faith in his converted religion. Thus such a marriage was void and invalid due to the violation of Article 21.

As a result of the case, transgender people are now recognized as a third gender. The Supreme Court also ordered the government to treat them as minorities and to increase reservations in education, employment, and other areas.

The court, in this case, concluded that even though a statute is listed in the Indian Constitution’s 9th Schedule, it can still be scrutinised and challenged in court. However, the acts and legislation listed in the IX Scheduled till April 24, 1973, are not subject to challenge.

The Supreme Court, in this case, looked into the scope and application of Article 16 (4), which provides for job reservation for backward groups. It upheld the constitutionality of the OBC’s 27 percent reservation.

India is a democratic country where people are free to live their lives. Only when citizens have both rights and obligations can the country’s democracy work. In whatever society, state, or country we live in, rights and obligations are two sides of a coin that go hand in hand. The country’s democratic system is fully based on citizens’ freedom to exercise their rights. The rights are not practical in everyday situations, but they are not absolute either, and they are subject to reasonable constraints to preserve the public good. These rights keep the government from being tyrannical and totalitarian. In every situation of an individual’s right to privacy being violated, the courts have the power to protect them. A single person’s action can change your life, but it can also protect it.

As Indian citizens, we are all responsible for the country’s good or poor fortunes. All of our joint activities have a beneficial impact on the entire nation, so we need to transfer our attention to the action in order to save lives and ways of life. As a result, people’s responsibilities count as a contribution to a thriving community and nation. As a total, a responsible citizen bears a share of the responsibility and commitments for the country’s progress, wealth, and peace.