Written by Rajeshwari Inna, pursuing Certificate Course in Insolvency and Bankruptcy Code offered by Lawsikho as part of her coursework. Rajeshwari works with Basis Points Consultancy Services (OPC) Ltd which deals with Foreign Exchange as a Senior Manager and plans to become a member of insolvency professionals. 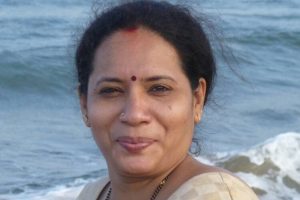 Insolvency and Bankruptcy Code is an evolving judiciary tool and the name itself was given as Code only because it was nothing but a Codification of Sections of various Acts which were framed for dealing with problems came in between the Creditors, particularly Financial Creditors and the Debtors to them. So, from the very beginning, it was going through various tests.

When it comes to a question of Principles of Law, it was left to the highest judiciary of the land, the Supreme Court of India. The test was that when IBC has not provided for withdrawal of an application after admitted by the court (which is normally permitted in any civil or criminal case matters subject to certain provisions) what the procedure to be followed is.

After due process, NCLT Mumbai admits the petition and orders initiation of Corporate Insolvency Resolution Process. Thereafter, Nisus Finance and Management approached NCLAT (since as per the code, against orders of NCLT, an application can be preferred with only the Appellate Tribunal) seeking quashing of orders of NCLT Mumbai admitting the CIRP petition since a compromise had been reached between them and Lokhandwala Kataria Construction Pvt Limited.

NCLAT ruled that under IBC such withdrawal is permitted only before the admission of the petition and not afterward.
As it was a question of law, the parties had to approach the Supreme Court, which allowed a settlement to be considered under Article 142 of the Indian constitution which reads as under:
The Supreme Court in the exercise of its jurisdiction may pass such decree or make such order as is necessary for doing complete justice in any cause or matter pending before it, and any decree so passed or order so made shall be enforceable throughout the territory of India in such manner as may be prescribed by or under any law made by Parliament and, until provision in that behalf is so made, in such manner as the President may by order prescribe.

A Brief on Sec 12 and why no provision was thought of for withdrawal of an admitted application?

This is the section of IBC which clearly talks about time limit for completion of CIRP. But it was silent about what if the Debtor and Creditor agreed to settle the matters out of CIRP and the applicant wanted to withdraw his application.

The policy underlying IBC as already stated above is to allow other creditors to join the action. In that context, after a petition has been filed in NCLT by one or only by a set of creditors, then a public announcement is made, giving a timeline for any other aggrieved party to file their claim which is meant as the collective action. An Interim Resolution Professional or a Resolution Professional is the person who carefully processes the Corporate Debtors books and arrives at a total amount of liability and is prepared to handle all the claims. Further, claims can be filed with permitted exceptions up to the time of preparation of Information Memorandum (a memorandum with details about the company and its financial position etc for the purpose of inviting Resolution Plans) by the Resolution Personnel. In case if the Corporate Debtor is found unfit for a revival and hence declared Insolvent and Liquidation is suggested as the only way, then at that time also claims from creditors can be admitted by the Liquidator.

From the above, it could be confirmed that the intent of the purpose of IBC was not to just act on one or set of applications and dispose of the Insolvency petition. So, if a settlement is permitted between such applicant(s) and the corporate debtor, then the true position of such Corporate Debtors and their financial strength to continue in business will not come out and the delinquencies cannot be brought out. Hence the IBC did not have such a provision.

But many such cases came in the first one year of IBC. But because the Act was silent, every such case had to go to Supreme Court which is the appellate court after NCLAT as it became a question of law. For Supreme Court also there was no section under which they can entertain these applications. Then they had to invoke Article 142 of the Constitution which gave the extra power to Supreme Court to deal with any matter which does not fall under any law or regulation which is in force. Then, on the advice of Supreme Court IBC was amended to include Section 12A and Regulation 30A and 36A.

How Section 12A is built to take care of the IBC’s policy of withdrawal?

The Section 12A of IBC, 2016 is as follows:
The Adjudicating Authority may allow the withdrawal of application admitted under Section 7 or Section 9 or Section 10, on an application made by the applicant with the approval of ninety percent. Voting share of the committee of creditors, in such manner, as may be specified.”

Section 239 and Section 240 deals with the powers to make rules by the Central Government and regulations by IBBI respectively for amplifying the sections of the IBC for further implementation of the provisions. Wherever it is stated as “as may be prescribed” then the intent was that a rule needs to be issued under Sec 239 by Central Government. Where the words “as may be specified “(as in the present case) then a regulation is to be notified by the IBBI.

Hence regulation 30A was notified by IBBI which laid down the procedure for making an application for withdrawal and handling the same by the involved parties including the Adjudicating Authority.

Procedure for Withdrawal of Application

First of all the application has to be filed with the IRP or the RP only. This is very appropriate because they are the people who have already studied the Corporate Debtor and they can smell any foul play being carried out by one or a set of creditors colluding with the Corporate Debtor. Thus the policy of transparency in handling the matters under IBC will seem to be implemented both in letter and spirit. Also, it will give the proof that all creditors, be it the ones who initiated the insolvency process or not have been treated equally.

Secondly, all the application for withdrawal by any one applicant or a set of applicants has to be known to all the creditors who have filed their claims. Hence the same will be put to discussion in the meeting of Committee of Creditors and it should be approved by 90% of the CoC.

What if the CoC could not be formed at all by IRP or RP as no other claims were filed except by the person who first initiated the CIRP? In a recent judgment by NCLT Mumbai the Bench was of the view that due to the above facts if no committee of creditors could be formed, the settlement between such a corporate debtor and the creditor(s) who filed the application is seemingly not affecting any other creditor(s). As the policy of IBC is not getting tampered, such settlements can be allowed as legally permitted.

Thirdly, expenses would have been incurred up to this stage by the IRP or RP for carrying out the CIRP and some of them might not have been reimbursed to the IRP or RP. To safeguard against this problem, a bank guarantee has been provisioned.

Fourthly, a detailed form has been in the form of Schedule FA and the same along with its enclosures take care of the process of withdrawal being transparent.

Fifthly, there are restrictions up to which time such withdrawal application can be filed has also been specified.

Last but not the least, as usual, timelines have been laid down as to how the IRP/RP, CoC.and the AA (NCLT) should dispose of the application.
Thus it is clear that the amendment to IBC by way of introduction of Sec 12A and related Regulations has taken care to ensure the basic policy of IBC itself. 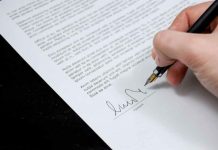 How to draft a commission agreement 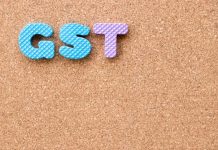 Applicability of GST in a business transfer agreement 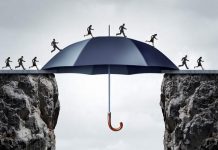