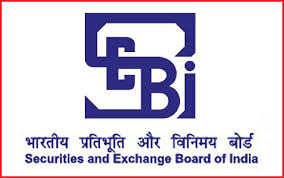 In this blog post, Suraj Pattanaik, a student pursuing a Diploma in Entrepreneurship Administration and Business Laws by NUJS, analyses the concept of open offer beyond the threshold limit under SEBI (SAST) Regulations.

The takeover of companies is an incredibly popular and a well-established strategy for corporate growth. ‘Takeover’ generally refers to the acquisition of one company by another company. In order to promote fairness in the securities market and also to protect the interest of small investors, SEBI, the market regulator has framed Regulations, providing for the acquisition of shares and takeover of listed companies known as ‘Takeover Code.’

For the past few years, the M&A deals in India have been governed by the age-old takeover rules. In the meanwhile, a lot has changed in the corporate world. It seems that the SEBI realized that these rules need to be revamped to keep them in line with the ever-changing global scenario.

Takeover Regulations Advisory Committee (‘TRAC’) was constituted in September 2009 under the chairmanship of Mr. C. Achyutan to review the SEBI (Substantial Acquisition of Shares and Takeovers) Regulations, 1997 (‘Current Regulations’).

TRAC submitted its report consisting of its recommendations and draft of Proposed Takeover Regulations to SEBI in July 2010. At the Meeting of SEBI held on July 28, 2011, SEBI had accepted most of the recommendations of TRAC.

SEBI (SAST) Regulations, 2011 is the most significant law which regulates M&A’s deals involving Indian Listed Companies. It endeavors to protect the interest of the investors of a listed company and make sure that an exit opportunity is given to the public shareholders at a highest possible price where there is a substantial acquisition of shares or voting rights or control over a listed company, consolidation of holdings by existing shareholders.[1]

The new Takeover Regulations sought to ensure better that the acquisition markets operate in a fair, equitable and transparent manner.

Explanation.—For the purpose of this clause shares will include all depository receipt carrying an entitlement to exercise voting rights in the target company. 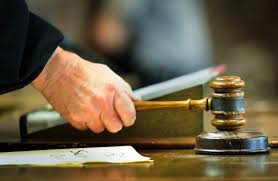 There are certain other categories of people who are presumed to be PAC unless proved otherwise. It is a well settled legal principle that the question of whether or not two persons are PACs is a question of fact, to be answered after evaluating the facts and circumstances of each case.[2]

Across the globe, the jurisprudence of Takeover Regulations revolves around offering an exit opportunity to the public / minority shareholders of a company in the event of any substantial change in shareholding or change in control of the company. It is only fair and equitable that the public stakeholders who have invested in the company, relying on the management or the promoters of the company are given an opportunity to withdraw their investments when there is a change in the management or promoter shareholding.[3] 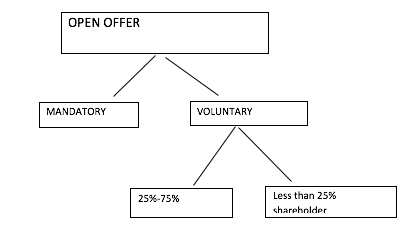 It contains provisions regarding the substantial acquisition of shares or voting rights of the Target Company. It provides specific limits beyond which the acquirer(s) is required to come out with an open offer in accordance with the Regulations.

Initial Threshold Limit: Regulation 3(1) provides that when an acquirer together with PACs intends to acquire shares or voting rights which along with the existing shareholding would entitle him to exercise 25% or more of the voting rights in the target company, in such a case the acquirer is required to make public announcement to acquire at least additional 26% of the voting rights of Target Company from the shareholders through an open offer. 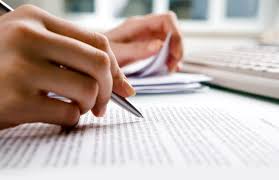 (The 1st trigger point is during the acquisition of 25% or more shares of the target company by the acquirer company.)

(The 2nd trigger point is if the acquirer tries to acquire more than 5% of shares in a financial year after the satisfaction of 1st trigger point.)

Mandatory Open Offer: In the mandatory open offer, the acquirer has to give an open offer to the shareholders for acquisition of at least 26% of the total shares of the Target Company.

Voluntary Open Offer: It means Open Offer given by the acquirer voluntarily without triggering the mandatory Open Offer obligations. 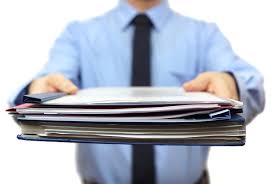 The acquirer becomes ineligible to acquire further shares for a period of six months after the completion of Open Offer except by way of: