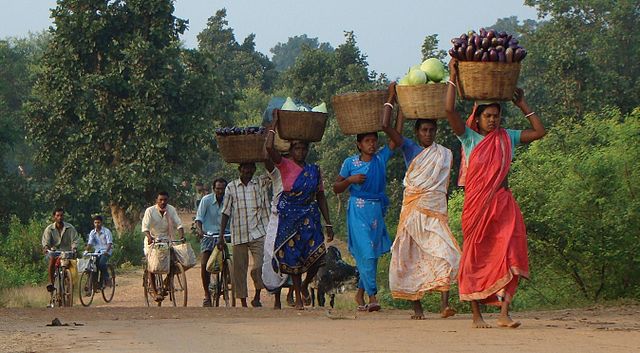 Our late Prime Minister Honorable Jawaharlal Nehru has observed that

“to awaken the people it is the woman who must be awakened, once she is on the move, the family moves, the village moves, the nation moves.”

Labors are being Subject to misuse and discrimination and their human rights being damaged so the need emerged for an order of the laws for their assurance and security. Working ladies shape a noteworthy proportion of society. Among – workers, the states of women are especially helpless & hapless thus numerous administrative enactments have been given in all work resolutions which address issues of women who work. Women fundamentally require some protection due to the accompanying reasons: 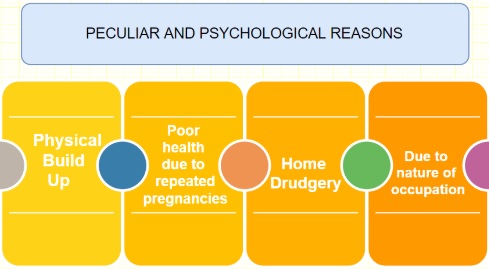 The Second National Commission on labor, 2002

The Commission has also justified the protective discriminatory legislation in favor of women by recommending that all such legislation are necessary for women workers.
As rightly mentioned by our honorable Prime Minister Mr. Narendra Modi in one of his speeches,

“Women constitute 50% of our population and if they do not come out and work, then our country will never grow at the pace we all envision it to grow, and for that very reason, governments over time have taken special care to enact and amend laws to ensure greater participation of women in the growth story of India”.

From time immemorial women have confronted biased test. In this era too, as an ever-increasing number of young educated women go into clerical employment, their odds of confronting ruthless conduct from men—at various word related dimensions—have increased.

Protection for Women in Labour Statutes:

While there are multiple statutes aimed only at women, such as the Sexual harassment at Workplace Act, Maternity Benefits Act, etc., a number of other statutes that are aimed at the general working populace have special provisions for the welfare of women workers, namely: As per the provisions under Section 48 of the Factories Act, 1948 “Any factory employing 30 or more women workers are required to provide creche facilities for the use of children under the age of 6 years for the women employees.”

Provision for crèches exists under the following: Prohibition of work in Hazardous Occupations

In Triveni K.S. and Others v. Union of India and others, Section 66(1)(b) of the Constitution was challenged to be discriminatory on the basis of sex. The High Court held that women should not be employed for their own safety and welfare even during the night was an ideology of an erstwhile age that was out of tune with modern requirements for equality, especially between sexes. With regard to an exception provided to the fishing and canning industry, this was postulated that it would seem a ludicrous assertion that women in these sectors would be completely safe but still not safe in the textile industry. Consequently, Section 66(1)(b) of the Act was ruled unconstitutional by the High Court and proclaimed that females in the fishing industry should also be given more or less the same protection as some of those provided for.

Provisions for Separate Latrines and Urinals

According to Section 42 (1)(b) of the Factories Act,1948 separate and adequately screened washing facilities shall be provided for the use of male and female workers. Such facilities shall be conveniently accessible and shall be kept clean. However, the State Government is empowered to prescribe standards of adequate and suitable facilities for washing.

Section 46(1)(b) of the Mines Act, 1952 prohibits employment of women in any part of a mine which is below ground.

Each factory shall set up an information center for female workers to provide them with information on the protection measures in accordance with the law and the rules.

The Aim & Object of the Act:

To safeguard the interest of workers and protect them from exploitation, the Act prescribes certain standards with regard to safety, welfare and working hours of workers, apart from other provisions. The Factories Act aims at protecting workers employed in factories from unfair exploitation by their employers. Proper working conditions include ensuring health, safety, welfare, proper working hours, leave, and other benefits.

In 1987, the Act was amended, establishing safeguards against its use and handling of hazardous materials and protocols for the establishment of hazardous industries.

Here again, we find discussions and cases of wage discrimination, in which women workers are paid less than their male counterparts. This is a story throughout the world, even in developed countries.

Article 39 of our Constitution directs that “States shall, in particular, have policies towards securing equal pay for equal work for both men and women.”

Under the Equal Remuneration Act:

Promotion of equality in employment is positive enforcement, unlike prevention of discrimination, which is a sort of negative right or negative equality. This involves breaking down both horizontal and vertical occupational segregation.

The ILO Constitution of 1919, and the ILO Convention on Equal Remuneration 1951, both recognize the principle of “equal pay for work of equal value.” This is also enshrined in the Constitution of India under Articles 14 and 15, as well as the Equal Remuneration Act of 1976.  Despite such recognition often the issue of equal pay for women workers goes un-championed, even by trade unions, as they often do not view this to be a problem that affects the workers as a whole.

Another cause for a disparity in income is that a majority of the active female workforce is involved in the informal sector, such as agriculture and domestic work, which have very few regulations in terms of remuneration and social security.

Other Enactments
In addition to the above- mentioned laws, there are some other statutes for the welfare and protection of female factory workers. Furthermore, female workers should be  made aware of various acts providing social security for them:

What is the need for Special Protection for Women?

It can be seen from the multiple special provisions created for the welfare of women that both at the national and international levels, there has been a movement towards the empowerment of women in labor law. There has been a transparent move towards creating equal pay, equal access to opportunity, bar, and redressal of harassment and provision of maternity benefits a reality in Republic of India. in fact, a majority of laws in respect to the special provisions for women are modeled after the International Labour Organization conventions.

India being a founding member of the International Labour Organization has tried terribly onerous to stick to the standards provided by the International Labour Organization : The special rights provided to women in various labour laws (i.e. The Factories Act, 1948, The Mines Act, 1952, The Plantation Labour Act, 1951, The Building and Other Construction Workers’ (Regulation of Employment and Conditions of Service) Act, 1996, The Beedi and Cigar Workers (Conditions of Employment) Act, 1966, The Contract Labour (Regulation and Abolition) Act, 1970, The Inter-State Migrant Workmen (Regulation of Employment and Conditions of Service) Act, 1979, The Maternity Benefit Act, 1961, The Employees’ State Insurance Act, 1948, The Employees’ Provident Funds and Miscellaneous Provisions Act, 1952, The Payment of Gratuity Act, 1972, and The Workmen’s Compensation Act, 1923, Minimum Wages Act, 1948, Payment of Wages Act, 1936 and Equal Remuneration Act, 1976) are proof of this.

However, it is important to note that some of these protective legislations have backfired and proved to be counterproductive in nature. The only way to solve such issues in socially rather than legally, i.e. by making the work environment safer through social intervention, legal rules that are paternalistic in nature can be relaxed. The next level of effort that India needs to make is to develop effective implementation and redressal mechanisms. The best way to ensure effective implementation of these provisions and redressal of any complaints is to begin implementation at a grassroots level, i.e. at the level of individual enterprises, and employers. This will ensure that the actions are more specific in nature and will bring about more concrete outcomes.