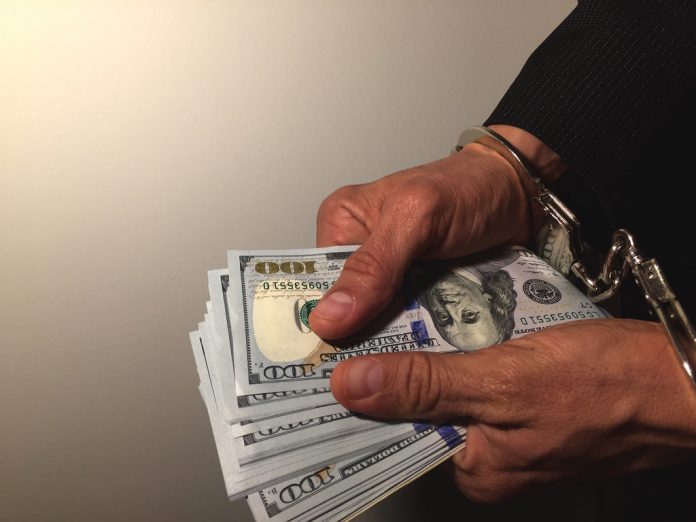 The Black Money and Imposition of Tax Act had been introduced in the Parliament on 20.03.2015 which thereafter received President’s nod on 26th May 2015 and finally, has been notified on Jul 2015.

For many years, Individuals, as well as Institutions, have been engaged in evading taxes and hence generating a huge amount of surplus and inert money which could not be accounted for in the formal economy. These funds are taxable as per the Income Tax Law. But, by evading tax, the generated huge amount of undisclosed money creates a parallel economy which is called the Black money generation and is a threat towards real economy.

What actually is Black Money

Black Money refers to undisclosed and unaccounted money. However, there is no clear definition of Black Money.

Black Money is usually obtained and transacted illegally without satisfying the norms laid by the Govt. or the Authority. Moreover, as it is illegal, it is not accounted for tax Deductions as well. It is also kept hidden from Govt. Authorities for the calculation of National Assets like GDP, GNP and so on.

Hence, this hefty amount of unaccounted money circulates within or outside the country, mainly via Cash Transactions creating a Parallel economy.

However, it should be clear from the very beginning that the black money is not fake notes. It is Legal Denomination which is usually kept hidden from Govt. and Authorities.

How Black Money is Generated in the Economy:

Black Money can never be created by a person. It is always generated from the real economy as this money is legal denominations. There are a few ways to generate this unaccounted money within the real economy.

Money which is generated from illegal activities such as trafficking, robbery, terrorism, corruption etc. usually kept beyond the sight and reach of the government and usually these are in form of raw cash.

People who unintentionally fail to deduct Income Tax on their income because of ignorance or unwillingness or due to lack of such knowledge, generates the not deducted money as the Black Money.

This is one of the most widely distributed sources of Black Money generation.

Here, people, knowingly, takes the advantage of a few glitches and loopholes of the Taxation Legal System of the country and take unfair means to avoid paying tax on earned income.

The purpose of the Black Money Act:

Provisions of the Act

The Act applies to all Indian Residents and replaces some clauses of the Income Tax [IT] Act of 1961 and adds to it as well only for the taxation of foreign income.

The main Provisions of the Act are:

Provided that this Act is quite heavy in both size and complexity, it needs much illustration to understand it clearly.

The detailed provisions of this act are illustrated as below:

Which income to be Taxed

As per the Act, certain amount of penalties has to be paid in addition to the payable tax rate stated before, depending on the nature of tax evasion offence.

For Undisclosed Foreign Income and Assets

Penalty payable for this type of offence is Equal to three Times of the amount of tax payable.

For failure to furnish tax Returns

If the foreign income or asset exceeds Rs. 5 lakhs valuation then a penalty of Rs. 10 Lakhs will be applied.

For Inaccurate or Undisclosed Foreign Assets

If the undisclosed foreign income or asset exceeds Rs. 5 lakhs valuation then a penalty of Rs. 10 Lakhs will be applied.

A penalty equal to the amount of Tax Arrears will get attracted.

If the defaulter fails to answer questions asked by tax authority, rejects to sign of a statement or fails to attend and produce required documents, then a penalty of ranging from Rs. 50000 to Rs. 2 lakhs will get attracted.

How prosecution will work for such offences:

If someone found keeping the Black Money generation and circulation carrying forward, this Act paves the way to imprisonment of the person through legal jurisdiction.

This person will face imprisonment ranging from 3 years to 10 years depending on the severity of the offence along with a hefty amount of fine 300%.

This person will face imprisonment ranging from 3 months to 3 years depending on the severity of the offence along with a hefty amount of fine counting 300%.

This person will face imprisonment ranging from 6 months to 7 years depending on the severity of the offence along with a hefty amount of fine 300%.

Punishment for encouraging/helping a person to evade tax:

This kind of persons will be treated with no difference from the person who is committing the offence.

This person will face imprisonment ranging from 6 months to 7 years depending on the severity of the offence along with a hefty amount of fine 300%.

If any organization/Institution/Company found guilty of Tax Evading Offence, each and every person responsible to the company will be treated as guilty of this offence and the penalties will be per the previous cases mentioned above depending on the genre of the offence.

However, if any person responsible to the company can prove that this offence has been carried forward without his/her knowledge/consent, his/her liability to the punishment will be absolved.

Issues with the Black Money Act

Though chalked out with high precision and implemented with firm legal stability and craftsmanship, it still has a lot of loopholes that can be used to hide those unaccounted incomes or to bypass legal proceedings.

Though most of the loopholes created while easing the complexity of the process or while securing the loyalty of loyal taxpayers, but those were expected to be dealt with much more precision to avoid further generation or movement Black Money.

Some of the issues have been illustrated as follows:

Exclusion of Non-resident Indians from the scope of Black Money act:

Non-Resident Indians have been kept aside from the applicability of the Act who can prove themselves the genuine owner of wealth residing abroad.

These persons are not obliged to declare their assets and income to Indian authorities.

So, people with hefty amount of Black Money can come to an agreement with those NRIs to hide the money as the NRIs’ income and asset by offering some share to them.

Applicability of Stated Provisions and Punishments

The punishment, penalty and provisions stated by the Act are only applicable if Indian govt. can track the income and foreign assets of the Indian people stashed abroad.

Unfortunately, there are no clear indication of the process and till date, though some improvements have been done through some pacts between India and foreign countries, but the full mechanism still not operational. So, the provisions can hardly be implemented.

The Indian Govt. repeatedly claiming that they can get information about the black money holders via the Double Taxation Avoidance Agreement or via the Tax Information Exchange Agreement which has been in place with several Foreign Governments.

However, being such agreements in place for over a decade, we hardly got any information about undisclosed income residing abroad till date.

There will be much disputes and arguments whether the Black Money and Imposition of tax Act of 2015 succeeded or has gone in vain, but, accounting together the Act, the MCAA, and now the FATCA agreement create a formidable system keeping the aim set for the curbing of the Black Money. This is the most systematic and stable mechanism implemented by the Indian Govt. to fight against black money till date.