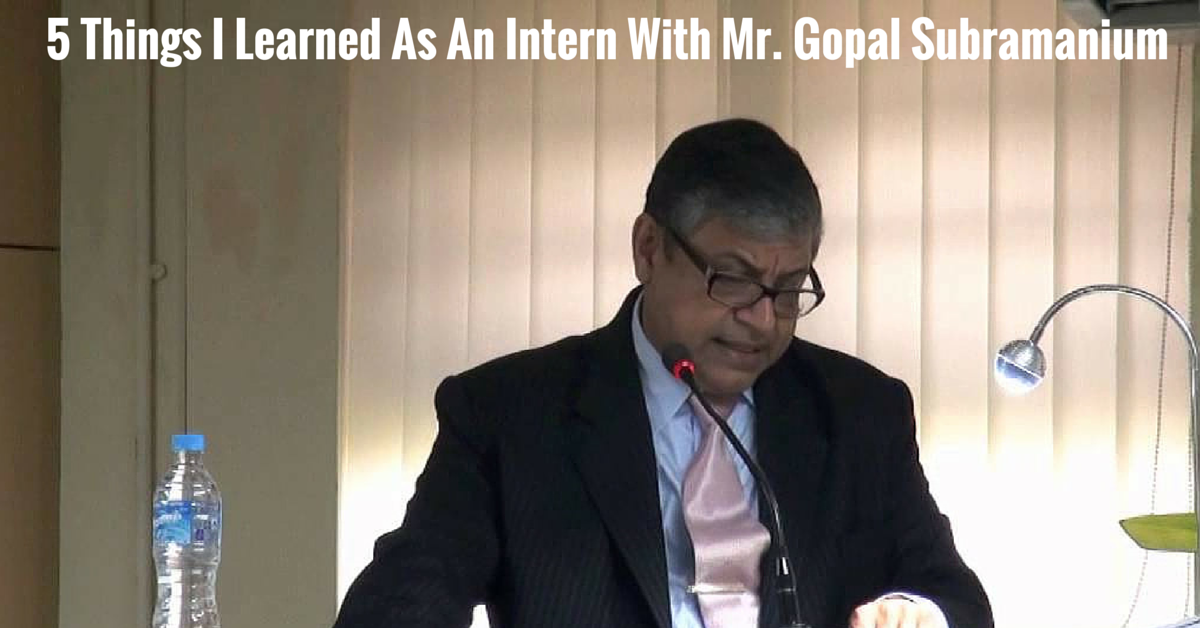 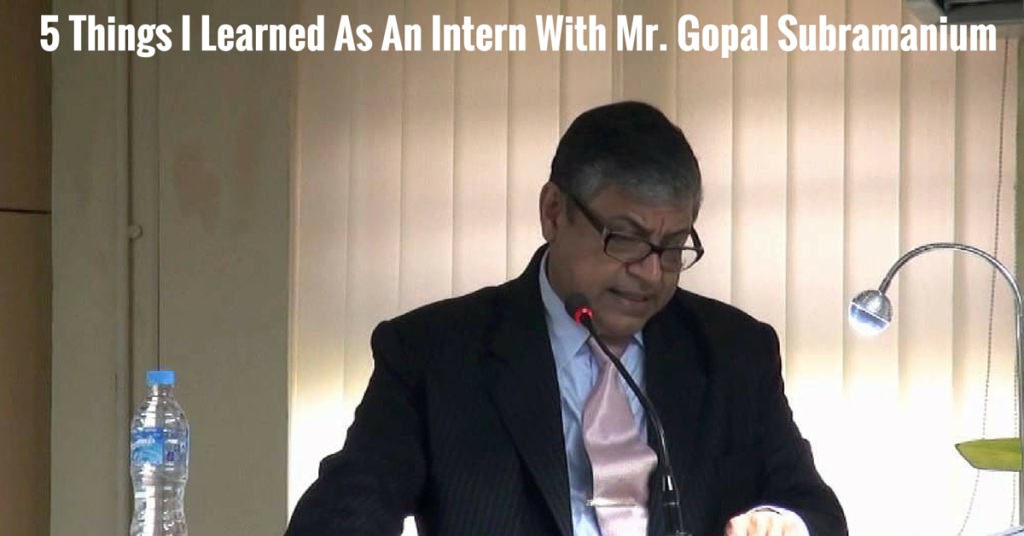 This article has been written by Arpit Sinhal from HNLU Raipur.

My journey to law school began in July 2012 when I joined HNLU Raipur. With time I realized that it is not only the theoretical knowledge which makes us a successful lawyer but the practical aspects of it which carves out the true quality of a lawyer in us. An internship with Mr. Gopal Subramanium exposed me to a man who represents a good balance of the different aspects of legal practice.Here is a brief summary of what unfolded during my time at this office.

The Initial Struggle: Determining what kind of experience I should aspire was the most difficult task for me. The only thing which was present in my mind was that it should be an altogether different experience form my earlier experiences. And as I had interned with NGOs earlier I figured out that internship with a social rights Advocate will be the most enriching experience for me. Searching for the top five Advocates of the Supreme Court, I felt that there isno substitute for Mr. Gopal Subramanium.

Application Procedure: In my third semester I applied for the winter internship in the chambers of Mr. Gopal Subramanium on his official email address followed by a few phone calls at his office. I got a confirmation mail two weeks before the time of joining the internship.

Experience: This internship experience with Mr. Subramanium was thoroughly enriching as it gave me a unique experience which contributed to foresee my career path. Several things which I learned in his chambers are not limited and can never be defined on a piece of paper. There are many instances which will remain with me for my lifetime. This was the best internship I had till present. However, its useful to share some of the highlights of the internship:

What I picked up:

The first and foremost thing which I have learned is that it is not the law that we learn in an internship but it the experience of the person from which we learn and his/her working style which helps us determine a course for ourselves.
A lot of research work was provided to me by all the juniors and Sir himself during the internship. Having carried out the research inspite of my intial doubts about my ability to do so,gave me confidence that there is no area of law, which cannot be researched, if one spends sincere and enough time on the task.
Thirdly, I learned that when we work with a Senior Advocate, it does not matter how intelligent or hardworking we are, because that is the key factor required in any prestigious institution, rather what is required is how sincere and smart we are. We need to have a common sense about how things can be handled in the worst situation. Someone has rightly remarked that law is nothing but the strict common sense.
Unlike moot court competitions, when we stand in the Supreme Court in front of the Hon’ble Judges, it is not our intelligence which we present to the judges, but it is all the practical aspects and possibilities which can arise if the matter is decided in our favour. Because it is the not about winning a moot court competition, rather it is someone’s life on stake which needs to be saved in all circumstances.
The last and most important thing which I learned in his chamber is that during litigation it is not only the matter of money for which we argue a case, rather it is someone’s rights and duties for which we argue. And a major part of the money which we earn, should be spent on the needful people. Mr. Gopal Subramanium spent most of his money by being an Amicus Curie in many landmark cases. So it is not only about money which we earn in the society, but the respect which we earn in the society, which keeps us happy and provides us an inspiration to continue our work.
Overall it was an amazing experience to be a part of his chamber. The tasks provided by Mr. Subramanium were pertaining the ongoing and recent research works. I am excited about the contributions I have made.

We have to be very professional when we work with such a prestigious chamber. Though it was very formal, yet working with the juniors and administrative staff was very friendly and encouraging.

Suggestion: There is only one advice I would like to put forward: whatever you are scared of, just throw yourself into it. Never hesitate about anything, keep on working in one direction and you will rock the world.

Currently Mr. Gopal Subramanium is the Senior Advocate of the Supreme Court of India. He served as the Solicitor General of India from 2009 to 2011. He argued various landmark cases such as terrorist attack on Indian Parliament in 2001, Rajiv Gandhi’s murder case etc. 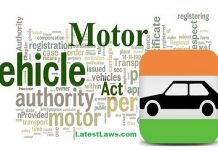 Is every tax evasion and false verification punishable under the Income Tax Act, 1961