This article is written by Gitika Jain, pursuing BBA.LLB(Hons) from Amity University, Kolkata. This article deals with the history of administration in India with relation to Arthashastra.

Earlier, the form of the tribal system of Indian administration was now known as a monarchical system. Ancient religious and political treaties seem to provide us with a lot of knowledge about ancient Indian administration. Tribes themselves elected their chiefs who handed the responsibility under the administration of Sabha and Samiti in the early Vedic period. The protection was provided by the chief to the tribes but since they had no revenue system, the land was shared among the tribes accordingly. ‘State’ in India for the first time can be traced back to the times of Manu.

Manu was appointed as a king and paid service fees to settle the issues neutrally and look to the mutual benefit and justice in the society. The whole administration was on the king as per Ramayan and Mahabharat. There were Purohit and Senani to help the king. Other people who looked into the matter of an association were treasurer, spies, messenger and superintendent. These were mentioned in Manusmriti and Sukraniti. Justice at that time was looked into by the king upon consultation with priests and elders and there were no legal institutions that prevailed as law. Arthashastra was developed by Kautilya(an author of political treatise Arthashastra which was written as an instruction for the young Chandragupta on how to rule effectively) when many things were developed.

A most important aspect of Arthashastra was public welfare even in an autocratic agrarian state. Arthashastra is composed in brief statement form called sutras in 15 books, 150 sections, 180 chapters and 6000 verses. The state was an institutional necessity for the development of the public. Kautilya viewed this and the state was divided into eight elements which were the King, minister, country, fort, treasury, army, friend and enemy. The main function of the State back then was to punish the wrongdoer and protect the law and order. The state empire was divided into home problems under the central government control and the other provinces. Provinces were divided into districts and districts were divided into rural and urban centres. All these divisions created apartments to carry out the execution of the policies. The transaction of the then authority and records were maintained by the centralised data bank and it also performed audit and inspection functions. The situation that prevails in the present scenario is somewhat similar to what it was in the past. The union territories and the national capital territory world administration department were under the central government. The state at that time was under the governor who was appointed by the President (King).

King according to Arthashastra

King was the head and the main function of him was military judicial legislative and executive which in the present is the function of the president. The president back then took advice from his ministers. King was the person who knew every area of studies especially statecraft, philosophy, economics and the three Vedas. According to Kautilya’s suggestion, the things which only the king wanted were not considered and the will of the people were always taken care of. King at that time was like the father of everyone. That was the method used to take care of all the people in the welfare state. Corruption was not at all welcomed at that time and all the money that was illegal was confiscated. For this purpose, Kautilya had his own process of selecting officers.

The basic qualification for this was that everyone was tested on the basis of lucre, revenue, lust, fear. People who qualified in the criteria of piety were appointed as judges and the ones who qualified the test of revenue, Akbar appointed as revenue collectors and those who passed the test of lust were appointed as the king’s harem. Whereas people who passed the test of lure were appointed as King bodyguard and personal staff. The person who passed all the tests was appointed as a councillor. The two courts according to Arthashastra were Dharmasthala-civil cases court and kantaka shodhana-criminal cases court. At that time also, there were separate courts just like we have in modern times. The main source of revenue was agriculture and taxes that were produced in imports and exports. The expenditure basically was public administration government official National defence army. With all these things we can see a clear picture of how properly organised and systematic Arthashastra Kautilya system was.

Systematic job description and recruitment was there. Salaries were set and clear to the ministers and government officials. There was also job permanency and increment in the salary system. As per Kautilya, personal work to be transferred from time to time in order to avoid corruption. All the policies related to the removal and tenure of the ministers and officials set by the king in consultation with the governor and attorney general. The person who appoints this personnel and divides their work into different ministries and is the sole authority is the King. In order to avoid any confusion and inefficiency, specialization and generalization personnel were necessary at every level of the administration who were fully accountable to the king. In this administration also there was a clear system according to which all the recruitment, pay and terms and conditions of the service was set.

The most urbanised and long-lasting administration was the Mughals administration. Since Babar and Humayun, grandfather and father of Akbar were busy with the battle and some uncertainty as they had no time for administrative ration so Akbar was the architect of the system. An old tradition in administrative and political matters law was carried forward by Mughal administrations and on top of that, they had greater centralisation and better structure. Famous detail text by Abul Fazal called Ain-i-Akbari constitutes the reliable and brilliant work of Akbar’s empire and administration.

Recruitment at that time was based on the caste but merit and talent were also recognised. The main source of revenue was agriculture and taxation on land. The king had supreme authority over everyone and he had a number of ministers under him to help and advise him in respect of the discharge of functions. The four most important ministers were – the Diwan who used to take care of revenue and finance, the head of the military department- the Mir Bakshi, the in-charge of factory and stores- the Mir Saman, the head of the judicial department- Sadr-us-Sudur. Administration at that time was mainly based on caution on the name of the king by the officials. The work of officials was to safeguard the interest of the king, to extend the boundaries of the Empire, to collect revenue and taxes and to maintain law and order.

The main basis for India being the most welfare state is Arthashastra. This not only laid emphasis on human welfare but also animal welfare. Kautilya supported the placement of weaker sections of the society, the protection of consumers welfare and prisoners and protection of livelihood. The main dharma of the King back then was to be just, fair and reasonable in protecting his people and he held his helping hands towards children too. Of all the important aspects of life virtue, wealth and enjoyment, Kautilya laid emphasis on wealth but he was also well aware of the value of religion and structure of society. Arthashastra permitted the king to make decisions on his own and decide as to what aspects of society needs law. The main elements of independence back then were the king, the ministers, the populace, the treasury, the army and the ally.

The economic policies and regulatory framework for the country generally is what constitutes governance. There are different factors in society and harmony and peace between them is what constitutes good governance in a country. The first factor being the leader who is responsible for all the happening in a community. The leader also known as the king plays a very important role because he is the one who leads the other factors. The other important factors of governance were taxation, administration, diplomacy, trade, etc. Kautilya had a good knowledge of astrology and medicines. Justice was also a factor upon which emphasis was laid and the important essentials of justice were Dharma(truth), evidence( witness), custom(tradition accepted by people since ages) and royalty law as promulgated.

The main element of the economic system was foreign trade as it was the main source of wealth. In order to increase foreign trade incentives like exemption from taxes must be provided. Kautilya laid huge emphasis on imports and further increased the supply of those goods which were not available domestically. Import was a system through which foreign goods were obtained very cheaply. The Arthashastra favoured foreign trade and demanded from the king to actively take part in overseas trading and also encouraged the import of goods that were produced in foreign countries.

Kautilya mainly focused on good fiscal policy and according to him the king’s desire is not the source of public revenue but what the position of the state is economical, is the main basis of public revenue. Kautilya encouraged indirect taxes like excise and customs duties and direct taxes as well such as income tax. He moreover laid emphasis on land revenue fine and penalties and according to him, tax receipts were mainly subdivided into three parts that were income from taxes on goods that were produced in the capital, income from taxes on import-export and income through taxes on goods produced in the country. According to him, wealthy people should pay a higher amount of tax because of their earning capacity.

Importance of Arthashastra in relation to modern times

The most renowned Indian political philosopher Kautilya lived a long time ago but his philosophies are still applicable in the modern framework. The important elements established by Kautilya are governance, politics, quality and progress are to be directly linked to the welfare of the people. The older terminologies used in Arthashastra might be changed but nature and intention with which it was created remains the same and is still applicable in today’s scenario. Kautilya also provided for a basis of economic science and its elements like foreign trade, taxation, public expenditure, agriculture and industry. According to Kautilya, there is stability where the rulers are responsive, accountable, removable and recallable. If any of these elements are not present there is uncertainty. In today’s corruptive world this has become even more important. Kautilya also recommended that taxation should not be applicable heavily because then the general public will then not be willing to pay such a huge amount of taxes and will discover new and several methods to evade taxes. Thus Kautilya’s views on various aspects of administration will remain a milestone for the generations to come. 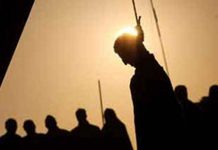 The history of punishment in India