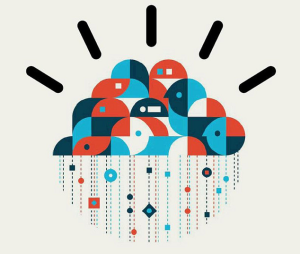 The U.S. Supreme Court recently heard oral arguments in a case that is at the intersection of law and technology and has the potential of fundamentally altering the future of cloud computing services for better or for worse.

The case pertains to the services that are provided by Aereo, a technology startup which essentially allows users to watch broadcast television on their PCs and tablets.

Aereo, whose business model has been hailed in some quarters and reviled in others, has gained immense popularity since its inception in New York City in February 2012.

In fact, it has made its presence felt in more than a dozen metropolitan areas in the United States and has been at the centre of recent debates about the legal tenability of cloud computing services.

An overview of Aereo’s business model:

Basically, Aereo leases an individual remote antenna to each of its users. The antennas are designed to capture free over-the-air broadcasting signals from broadcasters like the National Broadcasting Company, the Public Broadcasting Service, etc.

Users can either view broadcast television live or record it for later viewing.

What sets Aereo apart from other internet-based streaming services is the fact that it provides an individual antenna to each user.

Aereo can be used on the Windows, Mac and Linux operating systems and all iOS devices. Viewers can view more than 30 popular channels for a nominal monthly fee.

It is pertinent to note that Aereo, unlike cable operators, does not pay any retransmission fee to broadcasters for using their signals.

First, whether the services provided by Aereo amount to public performance of copyrighted works without the copyright owner’s consent;

Second, whether Aereo’s decision not to pay any retransmission fees to broadcasters is legally valid; and

Third, from the standpoint of policymaking, how the right balance should be struck between fostering technological progress and preventing the use of technological devices that are designed to circumvent existing laws.

The copyright laws of almost all nations unequivocally state that a copyrighted work cannot be performed in public without the consent of the copyright owner.

For example, you are allowed to watch the movies in a DVD at home but are not allowed to showcase the same movies in a public garden without the copyright owner’s consent.

A large amount of credit for the progress of cloud services in recent years should be given to the forward-looking approach adopted by an American court in the Cartoon Network v. CSC Holdings case which is popularly known as the Cablevision case.

In the aforementioned case, the court considered the legal validity of a service provided by Cablevision using which customers can store their favourite shows, not in their own cable boxes, but in Cablevision’s central servers which they can later view.

It was alleged that Cablevision was actually engaging in public performance of copyrighted content by storing copyrighted material on its own servers which was then disseminated among its users.

However, much to the delight of providers of cloud services, the court held that what Cablevision was doing did not constitute public performance because it was storing separate copies for separate customers.

In other words, the court held that, as Cablevision merely stores what each user individually demands and doesn’t engage in widespread dissemination of the same content among multiple users, its service does not constitute public performance of copyrighted work.

This decision has allowed services like Dropbox to thrive because they can claim that they merely allow users to access the content which they themselves store on the servers of these cloud service providers. As a result, if a user decides to listen to a song that he has saved on Dropbox, it wouldn’t amount to public performance of the song because he would basically only be viewing the copy of the song that he has stored on Dropbox’s central servers.

Aereo deliberately decided to take advantage of the decision of the court in the Cablevision case by distributing thousands of antennas (one for each customer) instead of using a central antenna which could have been used to stream all its content.

This clever ploy by Aereo was designed with a view to ensure that each user would end up viewing his separate copy of the content that is broadcast so that Aereo wouldn’t be held liable for publicly performing copyrighted content.

If the Supreme Court of the United States overrules the decision of a lower court in the Cablevision case and holds that the service provided by Aereo does constitute public performance, then this may put the future of cloud services in jeopardy.

It would be very difficult for the Supreme Court to clamp down on a service like Aereo which poses serious threats to the current system of broadcasting television signals and overlooks the interests of various stakeholders while ensuring that such a decision does not, advertently or inadvertently, inhibit the progress of cloud computing services.

generate business revenue worth a staggering $1.1 trillion by 2015 .

Owing to the aforementioned fact, if the Supreme Court holds that the method that Aereo uses for sharing copyrighted content with its users amounts to public performance, services like Google Drive and Dropbox may become the unintended victims of such a decision.

This article wonderfully summarizes the consequences of such a decision in the following words:

were thrown into doubt, cloud computing services would face a serious predicament: Their core functions would become susceptible to copyright claims from

a virtually limitless class of possible claimants, with the potential for ruinous statutory damages.”

It is precisely for this reason that tech giants including, inter alia, Google, Facebook and Microsoft have decided to vociferously support Aereo in the Supreme Court.

That being said, it would not be prudent for the court to support Aereo’s business model entirely, because, as mentioned earlier, Aereo does not pay any retransmission fees to the broadcasters whose content it uses.

It is pertinent to note that these broadcasters earn almost 10% of their revenue, amounting to no less than $4 billion, in the form of retransmission fees.

In sum, it is incumbent upon the Supreme Court to determine a solution that would adequately address the concerns of copyright owners, innovators and, above all, the general public.