This article has been written by Vishesh Gupta, a student pursuing B.COM.LLB from Institute of Law, Nirma University, Ahmedabad.

Pacta sunt servanda which means agreement must be kept, is the basic and most essential principle of civil law. Every agreement creates an obligation on the parties and non fulfilment of such obligations is justiciable in a court of law.

However, this principle is not absolute as sometimes it becomes impossible for the parties to fulfil their obligation because of some extraneous forces which are uncontrollable and unpredictable. These extraneous forces are known as the Act of God (Vis Major).

In Western & Atlantic Railroad v. Hassler, the Court explained that the Act of God is a catastrophe arising from the force of the elements which human intelligence cannot predict nor the ingenuity of man can foretell. The incident must be overwhelming and not merely an ordinary circumstance.

Rylands Vs Fletcher, a landmark judgement in which the concept of strict liability was devised, established 3 essential criteria in order to consider any act as the Act of God. These were:

Before proceeding further, it is important to clarify that the Act of God (Vis Major) and Force Majeure should not be used interchangeably. The Act of God includes all inevitable accidents caused by nature and which are not connected or related with agency of man whereas Force Majeure is a broader concept where the accident is not necessarily connected with nature and can be connected to human agency. War is the most apropos example of Force Majeure which is not an act of God.

Act of God is mentioned in various fields of law. These are:

Indian Contract Act, 1872 provides for the provision of the Act of God in the form of impossibility to perform a contract. Sec 32 and 56 of the Act states that when any obligation arising out of a contract is impossible to perform, then the contract becomes void. This is known as frustration of contract where the parties to the contract are unable to perform their duties because of factors which are not controllable or foreseeable by the parties.

In cases of carriers of good, they have the absolute liability of preserving and delivering the goods except in cases of the Act of God.

Sec 93– This provision provides exemption to the railway administration from liability when there is any loss, destruction, damage or deterioration in transit, or non-delivery of any consignment due to Act of God.

Sec 111– This provision provides exemption to the railway administration from liability when there is an accident at sea due to Act of God.

Sec 38- Provides the employer to employee miners in contravention to Sec 28, 30, 31 of the Mines Act in case of Act of God to protect the safety of the mine or of the persons employed therein.

United Nations Convention on Contracts for the International Sale of Goods, 1988

It is a multilateral treaty that has established a uniform framework for international commerce. It is ratified by 93 countries and signed by 18 countries.

Article 79(1)- Any party is not liable for failure to perform any obligation if he/she can prove that reason for failure of performance was due to an impediment beyond his/her control and that he/she could not reasonably be expected to have taken the impediment into account at the time of the conclusion of the contract.

Negligence and Act of God

An act of god is an accident which is not reasonably foreseeable and is not controllable. Any damage caused or any non fulfilment directly because of Act of God cannot create liability on the parties to a contract. Negligence is the breach of an obligation or a responsibility to act with care towards or, it is the failure to act as a reasonable and prudent person would act under the similar circumstances.

The recent outbreak of novel coronavirus also known as Covid-19 has put the world in a state of lockdown. A virus which originated from China’s city, Wuhan, has now spread across the world. No vaccine has yet been developed and the World Health Organization has declared it a Pandemic. The cases of infection are rapidly increasing day by day. Because of this, multiple governments have declared lockdown. India implemented “Janta Curfew” on 22nd March, 2020 to prevent the spreading of disease. Shops, start-up businesses are either closed or the people are working from home. Corona Virus has had a significant impact on the world economy, trade and stock markets. It is to be noted that people bound in contractual obligations would not be able to perform it.

Covid-19 has led to a shortage of raw material, has hit consumption and significantly impacted pre-agreed deadlines, leading to a situation where firms are now exploring various routes to cancel contracts. So, the pertinent question is whether this pandemic or any other pandemic is covered under Act of God or Force Majeure. For a pandemic to be included in Act of God, it has to be proved that the pandemic has originated from nature without any human intervention. virologists who studied coronavirus have stated in The Lancet, a peer reviewed journal, that they have enough evidence the virus came from nature and also that the virus originated in wildlife. But still there are conflicting views related to the origin of the virus as some claim it to be man-made.

Secondly, foreseeability is an important ingredient to enforce Act of God in a court. Specifically talking about CoronaVirus, few doctors in China speculated about a deadly virus before it became a pandemic. But nothing is written in black and white in cases of pandemic. Therefore, pandemic should not be hastily put under Act of God. But pandemic could be categorized under Force Majeure.

In China, the legislative body and the judiciary has effectively categorized Corona Pandemic under Force Majeure. The China Council for the Promotion of International Trade issued over 1,600 ‘force majeure certificates’ to Chinese companies in February. The Hubei Provincial High Court advised its lower courts that COVID 19 (and, importantly, related governmental measures) constitute force majeure.

In India, multiple firms are looking for ways to exit contracts after the covid-19 because the Covid-19 outbreak has affected the supply chains that start from or go through China.

Chidambarakrishna Iyer Nataraja Iyer vs. South India Rly. Co: Not every inevitable accident is Act of God. Act of God only includes those acts which can be traced back to natural causes.

Dharnrajmal Gobindram v. Shamji Kalidas:  The Supreme Court of India held that if in a contract, the clause of Force Majeure is not defined then the contract can be deemed void.

Smt. Inacia P. Carvalho v Desk To Desk Courier and Cargo Limited: This case is a landmark judgement in the jurisprudence of Force Majeure principle as the court in this case included professionalism as an exception to force majeure basically with the incident which from the viewpoint of the defendant of the case made the obligation vested on him by contract unable to perform. The hon’ble court concluded that professionalism has certain specialties regarding the purpose or service for which the person/firm was hired and his/her professionalism should understand the seriousness of the task taken, its urgency and importance then only should carry forward the work on another day and mere excuse of a public holiday or strike which was foreseen by him and he can perform that duty and obligation by doing it before that event, can’t absolve his duties and liabilities.

Railroad Company v. Reeves:  If no human care, skill, and prudence could have avoided the injury, then such injury would be occasioned by the ‘Act of God’. But if it is believed that the act of the defendant caused damage rather than saving it, Act of God cannot be invoked.

Lebeaupin v Richard Crispin & Co: Force Majeure is not merely a French version of “vis major” and is wider than it. Force Majeure includes strikes, breakdown of machinery, which, though normally not included in “vis major”. Judges emphasized on the subjectivity of the clause and the discretion of the court to decide whether a situation will be in force majeure or not for that case.

The concept of Act of God as an exception in legal statutes is based on the reasoning that a person should not be liable for an act in which he has no fault. Even though Act of God exception doesn’t apply in the cases of absolute liability, it’s essential ingredients are such that a person has the highest degree of responsibility to contain the dangerous and harmful substance which is detrimental to society. Escape of such substance directly implies negligence on the part of the person. Act of god as a defense is evolving every day and it has become a very common defense for the respondents to escape the liability. The courts should apply this defense carefully and the burden of proof, which is on the respondent, has to be of the highest degree. The biggest consideration for the court is to determine that the damage or loss caused is because of an act of god. A party to a contract cannot take the defense of Act of God when his own negligence is involved.

Act of god is a very important defense because it saves a person from unnecessary liability in which he has no fault. This principle works in the interest of a distressed party who has faced losses, both physically and mentally and are being tried in a court of law when they have not committed any wrong. 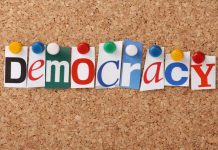 Participatory democracy in the light of Central Vista case 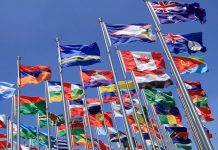 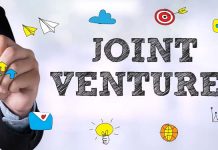 Joint venture agreement and its clauses