This article is written by Dhawal Srivastava, a student currently pursuing his B.A. LL.B (Hons.) from the Rajiv Gandhi National University of Law. In this article, the author has comprehensively discussed the features of the Weapons of Mass Destruction and their Delivery Systems (Prohibition of Unlawful Activities) Act, 2005 (also known as the WMD Act). This article is edited by Ilashri Gaur, a student pursuing B.A LLB (Hons.) from Teerthanker Mahaveer University.

The prevention of proliferation and large-scale manufacturing of nuclear weapons continue to constitute one of the pivotal international security challenges that the entire world is facing right now. Supplementarily to the nuclear weapons came up the issues of chemical and biological weapons, the other weapons of mass destruction that have been a crucial issue with which the entire world has been grappling with since years, India being no exception. India has been a committed member of the Convention on the Prohibition of the Development, Production, Stockpiling and Use of Chemical Weapons and on their Destruction (Chemical Weapons Convention or CWC) and the Convention on the Prohibition of the Development, Production and Stockpiling of Bacteriological (Biological) and Toxin Weapons and on Their Destruction (Biological Weapons Convention or BWC). In the year 2005, an exclusive law dealing with and regulating the weapons of mass destruction (abbreviated as WMD) was legislated by the Indian Parliament, entitled the Weapons of Mass Destruction and their Delivery Systems (Prohibition of Unlawful Activities) Act, 2005 or the WMD Act. The law was enacted in June 2005.

The objective of the Act

The primary objective of the Act is to ensure the prohibition of illegal activities pertaining to weapons of mass destruction including nuclear, chemical and biological weapons and their delivery system. It is also to ensure India’s commitment to nuclear sovereignty and protection of such weapons from getting acquired by non-state actors or terrorists. The Act provides a legal sanction and backing to govern matters relating to exports of materials, technologies, equipment and their delivery systems.

Section 3 of the Weapons of Mass Destruction and their Delivery Systems (Prohibition of Unlawful Activities) Act, 2005 (hereinafter the WMD Act) deals with the territorial extent and scope of the Act. The WMD Act is applicable throughout the Union of India, which also incorporates the Exclusive Economic Zones of the country. A person committing a crime under this Act beyond the borders of India shall also be dealt with according to the provisions of the WMD Act and as if the illegality had been committed within the country.

The provisions of this Act shall be applicable to the following:

Section 4(p) of the WMD Act defines a weapon of mass destruction as a comprehensive term given to a class of weapons incorporating nuclear, chemical and biological weapons. In general terms, WMD can be defined as those weapons which are extremely dangerous and have a potential of exterminating a large chunk of the population.

The primary activities that are regulated and governed by the provisions of this Act include exports, transfers and re-transfers, transit and transportation of technology, materials or equipment as recognized and acknowledged by the Central Government. Certain activities are counted as illegal under the Act and have been listed below:

Penalties for offences under the Act

There are many sections in the Act that deal with punishments and penalties for committing offences or illegalities under the provisions of the WMD Act. These have been listed below:

Legal jurisdiction provided by the Act

The offences or violations of the provisions of the Weapons of Mass Destruction and their Delivery Systems (Prohibition of Unlawful Activities) Act, 2005 can be tried in courts of law under Section 21 of the Act. A court of law is required to take prior permission from the Government of India or any such competent authority or officer appointed by the Central Government in order to take cognizance of offences committed under this Act.

As far as the jurisdiction of civil courts is concerned, under Section 22 of the Act, no action or proceedings that have been taken under Section 5 and sub-sections (1) and (2) of Section 7 of this Act by the Central Government or any other government authorized office shall be questioned in any civil court by means of any suit or application, appeal or revision. At the same time, no injunction shall be granted by any civil court or other authority in respect of any action taken or to be taken in pursuance of any power conferred under those provisions to the Central Government.

It can be conclusively agreed that the domestic supervision and regulation of the weapons of mass destruction, that incorporate biological, chemical and nuclear weapons and other related explosive and radioactive devices is spot on and covers all the aspects associated with it, whether it be related to exports, qualified parties who can engage with WMDs, the adequate penalties and liabilities in cases of violations and listing down of all those activities that should be counted as illegal and which can be detrimental for all the stakeholders and nation at large. At the same time, it should not be forgotten that there are several other laws that are in place for dealing with similar situations, and the Weapons of Mass Destruction and their Delivery Systems (Prohibition of Unlawful Activities) Act, 2005 does not act in isolation. It is always read and understood in consonance with several other laws that are existing within the legal framework governing nuclear or non-nuclear weapons in the country. 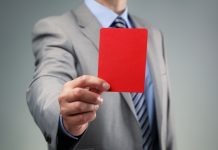