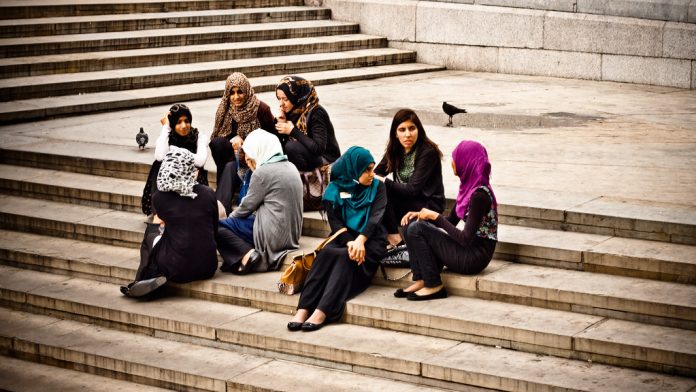 This article is written by Harshit Bhimrajka currently pursuing B.A.LLB (Hons) from the Rajiv Gandhi National University of Law, Patiala. This is an exhaustive article which deals with the rights of women within Family and Personal Laws in India.

India is a country with a wide number of religions freely practised by people that’s why it is known as a secular country. The major religions followed in India are Hinduism (approx 80% of the total population), Islam (approx 15% of the total population), and Christianity (approx 3% of the total population). These religions have separate laws including laws related to marriage, divorce, maintenance, adoption, custody of children, succession and inheritance to property, and other connected laws, and by grouping these laws together, the family laws in India are made. Laws like the Hindu Marriage Act, 1955; Muslim Law; Indian Christian Marriage Act 1872; the Divorce Act 1869; Special Marriage Act, 1954; Parsi Marriage and Divorce Act, 1936; Hindu Adoptions and Maintenance Act, 1956; Guardians and Wards Act, 1890; Family Court Act, 1984; Hindu Succession Act 1956, etc. Family Laws and Personal Laws are rife with provisions of women’s rights, safety, economic opportunity. Apart from these, Article 14 of the Indian Constitution backs women and their rights by ensuring gender equality and protection of the laws. But unfortunately, not all women are aware of their rights and safety provisions provided by the lawmakers of the country. In this article, we will talk about the rights of women in the Family Laws in India in certain aspects.

Under the Hindu Marriage Act, 1955 the spouses were deemed equal and had equal rights and obligations towards each other. It prohibited the practise of polygamy which was in practice before the act and the concept of monogamy was introduced. Some matrimonial rights to Hindu women are:

Restitution of conjugal rights: the fundamental rule under this right is that one spouse is entitled to the society and the comfort of one spouse and where either spouse has abandoned or withdrawn from the society of the other without reasonable excuse then the spouse can sincerely approach the Court for restitution of the Conjugal rights. The term “conjugal rights” connotes the ideas that it is the right of the couple to have each other’s society and marital intercourse.

Judicial Separation: Section 10 of the Hindu Marriage Act, 1955 lays down this provision: when due to any reason it becomes difficult for one party to continue in the society of the other, the law allows separation. This is different from that of divorce as in this, only active marital life between the spouses is suspended.

Protection against Dowry: Dowry (any cash, jewellery, valuables or property which the husband or his family members demand from the bride at the time of marriage) is one of the biggest social evils facing our country, but under the Dowry Prohibition Act 1961 demanding, taking, giving, or advertising dowry is a criminal offence.

Right to StreeDhan: Under Hindu Succession Law, all the gifts to a woman which she receives during pre-marriage or marriage ceremonies and during childbirth is the property to her.

Divorce is the most radical social reform in Indian society. Every religion’s personal laws contain the provision for divorce in it. In Hindu law both men and women have various grounds on which they can get divorced, women have some additional grounds of divorce also. Section 13 of the Hindu Marriage Act, 1955 includes the grounds for divorce:

Acts of Rape, Sodomy, or Bestiality by the husband; Non-Resumption of Cohabitation after a Decree/Order of Maintenance; Woman/Girl (married) decided to repudiate the marriage before she was 15 years old but before attaining the age of 18 years.

Under Muslim Law, there are various types of divorces like Talaq-i-Tafweez, Talaw-ul-Sunnat, Zihar and Lian, Khula, etc. The triple talaq was declared void by the Indian Parliament and the husband pronouncing it is also liable for punishments. A Muslim wife can get a divorce on the grounds of:

Christians under Section 10 of the Indian Divorce Act 1869 has grounds for divorce:-

Women on several occasions were deprived of property like at the time of inheritance or succession, division of family property, StreeDhan i.e. woman’s property. But as the reforms occur in society, women have been given the same right as that of men. In Hindu Law, the woman has the sole right on the property, gifts which she received at the time of marriage that is commonly known as StreeDhan. After the new amendment i.e. Hindu Succession (Amendment) Act, 2005 the women (mother, widow, daughter) are given equal rights as male on the family’s property after the death of the owner of that property which was not provided in The Hindu Succession Act, 1956 previously. After the mother’s death, her property is equally divided into sons and daughters. After the amendment of 2005, in a joint Hindu family, the daughter of a coparcener has been given the same right as the son that she from the birth will become coparcener of the property in the same manner as the son, she will be subjected to same liabilities in respect of the coparcener’s property as that of a son.

In Muslim Law, the women have also been given rights on the property the same as that of men and some other exclusive rights depending on the Muslim school she belongs to- Shia or Sunni. Some of the Islamic Principles of succession which were propounded by the Prophet are:

According to Muslim Law, the wife is entitled to get some amount of money or property from the husband on the marriage which is known as Dower or Mahr. It is an integral part of the marriage. If Mahr is not given to her as decided by the parties then she can go to the Court and she can also refuse Conjugal rights. There is a concept of the right to retention also, which means that when the husband dies the wife will get her Mahr out of her husband’s property. A Muslim man bequeaths one-third of the total property but in case a woman has no blood relation and her husband would be the only heir, then she can bequest half of the property.

As far as the Christian women are concerned they are entitled to Stridhan and can claim a share of the father’s property under Section 37 of the Indian Succession Act, 1925. A daughter and a son have the same rights, a Christian widow is entitled to one-third of her husband’s property.

Maintenance refers to the amount which is required for a decent living and is paid by the husband to his wife. It includes expenses like food, clothes, shelter, travel, basic health requirements, children’s educational fees, and other sundry expenses. It is a legal obligation of a husband towards his family. If a wife earns less than her husband or does not earn at all then she can claim maintenance from her husband for herself and for her children as well. Under the Hindu Marriage Act, 1955 and Hindu Adoption and Maintenance Act, 1956 a Hindu woman can claim maintenance. Sections 24 and 25 of the Hindu Marriage Act deal with the concept of maintenance. A Hindu wife is also entitled to maintenance until her lifetime. She also has the right to live separately and claim maintenance from the husband if he is guilty of the following: desertion, or cruelty, or converted to a different religion, resides with a concubine or has any other wife living. A divorced Muslim woman is entitled to maintenance under Muslim Personal Law (Shariat) and Muslim Women (Protection of Rights on Divorce) Act, 1986. Section 3 of the said act describes that a divorced woman is entitled to:

A Muslim woman during the subsistence of her marriage can also claim maintenance under Sections 125-128 under CrPC.

A Christian Woman can claim Maintenance under Section 36 and 37 of the Indian Christian Marriage Act, 1872.

The rights of mothers to the custody of children is another right of a woman inscribed under family law. This right is a very important concern for women facing domestic violence, as due to fear of losing the custody of children many women continue to live in a violent relationship. As the primary caretaker of the children, she is responsible for their protection and hence entitled to their custody and guardianship. The principle enshrined in the United Nations Declaration of the Rights of the Child– the best interest of the child is considered or applied while deciding the custody and it is mostly in favour of mothers in India. Right against Domestic Violence: A woman has the right against domestic violence(includes physical, emotional, sexual, and economic violence), it is protected under the Protection of Women from Domestic Violence Act, 2005. The benefits available to a woman under the Domestic Violence Act include a woman’s right to reside in the shared household with her husband, and if the husband violates the protection orders then he will be liable for punishment extended up to one year and/or a maximum fine of INR 20,000. This act provides rights like the right to an order of protection, the right to live in the same house, the right to claim compensation and maintenance, and the right to custody.

India has always been a patriarchal society but because of the reforms and development in the society as well as the modern perspective of the people women have been given various rights and positions in the society which was previously missing. Even now in some backward areas, women are the victims of the patriarchal culture, they are not given the right to live with dignity and respect which is a fundamental right of every human being in the country. They are also ill-treated because they are not aware of their rights provided by the lawmakers of the country. After marriage, the woman should be treated with warmth and affection by every member of her husband’s family and not as a stranger with respectable and ignoble indifference. The manner in which sometimes they are treated creates a feeling of emotional numbness in society. No woman should silently continue with the injustice she is facing, if she stands up and fights then she can help and motivate many others to do the same. In this article, we looked at the various rights of women under several acts and legislations included in the Family and Personal Laws of India. This was an attempt to describe the rights of women belonging to some of the major religions followed in India like Hinduism, Islam, and Christianity.