This article is written by Rajeev Awasthi, pursuing a Diploma in M&A, Institutional Finance and Investment Laws (PE and VC transactions) from Lawsikho.com. Here he discusses  “Acquihire transactions – instances where it is beneficial and key considerations for deal structuring”. 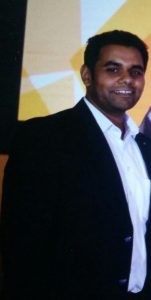 What is an acquihire transaction?

There has been a hiring spree in start-ups recently. Some of them follow the more conventional route of hiring through campus placement while some reach out to hiring agencies or head hunters for talent acquisition. Of late a majority have started adopting a more non-conventional route to gain access to talent via the acquihiring process.

John F Coyle’s and Gregg D Polsky’s 2013 research paper published in the Duke Journal indicates how Tech giants like Alphabet and Facebook are engaged in acquiring start-up companies at a brisk pace.

Why would acquirers wish to pursue the route of acquihiring?

When one company acquires another to gain access to its talent rather than for its services, products or earning streams, the process is called as Acquihiring. In this one of its kind of acquisition, the target company’s products and services may or may not be of interest to the acquiring company. Evident as it is, the business of the acquired company, in this case, is shut down. More often than not, acquihiring occurs in companies that are either under stress or might go under stress. Typically, new employees are brought under the management of the new company and the assets are purchased. The company as a whole is not purchased nor is the corporate structure of the company to stay out of any liability. Some major benefits of acquiring such involve the preservation of dynamic capabilities, prevention of knowledge leaks and protection of innovation potential.

One major view behind acquihiring could be that these start-ups are founded by the younger generation of people in our society who are in their late 20’s or early 30’s. A majority of them are engineers who have brought in some disruptive technology into the business. So, the idea is to purchase a team of smart people who have worked together successfully hoping that they would augment and diversify the buyer’s business capabilities. Estonia or the Silicon Valley of Europe boasts of its many innovative start-ups which are supported and funded by their government.

Has acquihiring route been pursued by Indian firms?

In India some of the major e-commerce giants like Snapdeal, Flipkart and Jabong choose the route of acquihiring to strengthen their technical capabilities, workforce and integrating workforces to offer more innovative and end to end capabilities. Some of acquihiring we’ve seen in the Indian Industry includes:

Quoting from John F Coyle’s and Gregg D Polsky’s 2013 research paper published in the Duke Journal. “Facebook, Google, and other leading technology companies in Silicon Valley have been buying start-up companies at a brisk pace. In many of these transactions, the buyer has little interest in acquiring the startup’s projects or assets. Instead, the buyer’s primary motivation is to hire some or all of the startup’s software engineers. After the transaction, the buyer redeploys the newly hired talent onto its existing projects and jettisons the startup’s projects. These acquisitions are known in the tech world as “acqui-hires.”

The Acquihiring process is a novel and the increasingly common way by which some of the most successful technology companies satisfy their intense demand for engineering talent at a much lower cost and faster pace. Mostly the startups that are in more nascent stages of seed funding are bought by larger players in the business. These startups fall prey to the larger players in the business as their business model is lucrative enough and mature to cater to their ambitions with sound capabilities in their workforce.

Let us look into the most recent acquihiring which has taken place in the recent past and learn from the perspectives shared by the decision-makers themselves who were involved in making these business decisions:

Shailesh Kumar Davey, vice president of Zoho Corporation which acquihired ePoise Systems was co-founded by Sachin Agrawal and Bishan Singh in 2013 says, “While making an acquisition, we look for the cultural fit as well as the product and technology fit.  Zoho offers Zoho Recruit and Zoho People, products in the HR space. ePoise technology may get used in these products.” ePoise was a Bengaluru based startup offering niche services such as automated hiring software products along with candidate background verification, screening and automated interview services to mass recruiting companies.

Sanjeev Tyagi, Head of Ericsson R&D Bengaluru told PTI that Ericsson started India wing of Global Artificial Intelligence Accelerator (GAIA) in 2018 to create an open-source solution for modernizing telecom network, using machine learning and Artificial Intelligence. “We are looking at both organic hiring, one by one through recruitment of the market, as well as what you might call as inorganic, which is more through acquisitions and acquihires (acquiring only talents). One such company that we have acquired is Niche AI.” Mr. Tyagi further ads that harmonizing features like AI, ML and IoT is the way forward in the telecom and entertainment industry. He also stresses upon self-organizing, self-healing and self-governing networks can be achieved through AI and ML. Without disclosing many details Mr. Tyagi says that some avenues which the board does look into while evaluating a company for acquihiring are size of the company, capabilities offered, the core competence of the company, cultural fitness and above everything else the engineering team.

Finally, as Ravi Gururaj who is the chair for Nasscom Product Council puts it, More often than not Technology is leveraged but often it is as well discarded. What actually catalyzes the deal is the talent and not just the underlying innovative technology or the products themselves.

The Deal structure that is followed

The acquihire arrangement is a clubbed version of an Employment Agreement, an  Intellectual Property Agreement and an Asset Transfer Agreement:

If the acquired company is privately listed company, it is not essential for the acquirer to acquire its shares. However, this largely depends on any stamp duty or tax benefit for the companies involved.

In some scenarios, the technology from the acquired company can be roped in based on acquirer’s decision and the arrangement so entered. This can be done by entering into a simple assignment contract which might or might not require board members and shareholders’ approval. This depends on what is covered in the Shareholders Agreement and the AoA of the company.

Some very basic due-diligence provisions should always be followed about the culture, business structure, financials, reputation of the company and other supporting documents. The most mandatory check though is to go through existing employment agreements and AoA of the target company. When we assess the cost-benefit analysis we find this type of transaction is most economical and beneficial to get into as we are acquiring a workforce which has proven its skills and capability so the training cost is saved enormously and since they’ve all worked together it also serves as a positive factor to help them transition into the new work environment and culture. Although it always does not happen to be merry as in some cases the new venture and its goals could not lie in ambitions of some people and they might have a different career map and trajectory that they wish to achieve. The due diligence should also involve that the acquiring organization management does keep this in mind and do their part of due diligence and pick these red flags in advance. The employment terms and agreements should cover all possible threats such as non compete and other important clauses which we discussed above. All in all the Acquihiring process is a most efficient way to organize their goals for bigger MNC’s and though it did not get much appreciation earlier we do see it getting the required meritorious attention now because of the possibilities it provides and the win-win for all the parties involved.