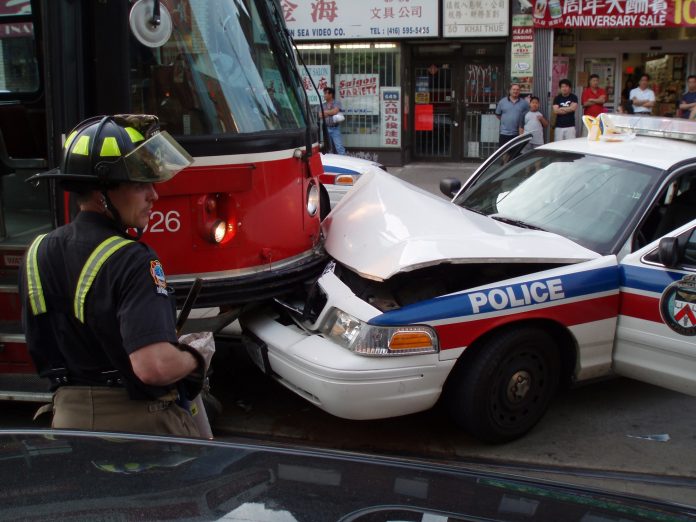 This article is written by Saumya Saxena, a BBA LLB student at Symbiosis Law School, Noida of Batch 2022. In this article, she has described the ‘Act of State Doctrine’ and discussed various case laws falling under the ambit of Article 300 of the Constitution.

Act of State is an exercise of sovereign power as a matter of policy or political expediency, which is not available against a citizen. Any authority derived from a statute or legislation is known as a statutory authority. If any person acting under statutory authority causes damage to a person, then that person cannot bring an action for it. Even if, under normal circumstances, the act would have amounted to tort, if there is a statutory authority, the defendant cannot be held liable. In such cases, if there is a provision for compensation in the relevant statute, only then the injured person will get compensation, otherwise not. Under the authority of the statute, compensation is not only given for specific damage but also harms which are incidental to the exercise of such authority. For example, the state government decides to expand a highway and it goes across a person’s land, the highways authority cannot be held liable for tort because it is protected by a statute and has the authority.  Acts authorised by statutes must be done carefully and without exceeding the powers granted by the statute, so that no unnecessary damage is done otherwise the person can be held liable. Compensation for damage caused by such acts may be claimed as given in the statute.

In Hammer Smith Rail Co. v. Brand, the defendants were authorised to run trains on land. The plaintiffs had landed near the railway line. Due to noise, vibrations and sparks caused by the running of trains, the value of the plaintiff’s property was considerably depreciated. The plaintiff sued the railway company for damages. The Court held that the damage done to the plaintiff was incidental to the running of trains authorised by the statute and, therefore, the defendant railway company was not liable.

The philosophy behind this principle is that the lesser private rights must yield to the greater public good. Hence the state and its officers are given certain immunity to do acts in pursuance of the public order even if they may lead to tortious liability. The extent of this immunity is decided by taking into consideration whether the authority is absolute or conditional.

The authority under the statute may be of two kinds- absolute and conditional. Any damage caused by an act done under absolute statutory authority is not actionable. In case of conditional authority the statute permits doing of such acts, but at the same time puts a condition on the manner of its exercise so that they may not cause any harms to others. Such restriction may be express or implied.

In Metropolitan Asylum District v. Hill the appellants- a local Municipal Corporation had authority to set up a smallpox hospital. The construction of the hospital started in a residential area which created the danger of disease to the residents of the area. It was held that to establish a smallpox hospital in a residential area was a nuisance and the appellants were prevented from constructing the hospital by issuing an injunction. In such cases, the statutory authority is conditional. The appellants could construct the hospital provided that could be done without creating a nuisance. It does not mean that a person should be prevented to do an act on the ground of the possibility of a nuisance. Whether there had been a nuisance or not will be determined on the basis of facts and circumstances of each case.

However, the court expressed a different view in a similar case- Attorney General v. Nautingham Corporation, the municipal corporation had taken the decision to construct a smallpox hospital in a certain area of the city. In a suit against the municipal corporation, it was contended that there was a possibility of spreading of disease through the air which was likely to cause damage to the health of the residents of that area. The court was requested to stop the construction of the hospital by issuing an injunction. The Court rejected the theory of spreading of disease through the air and refused to issue injunction order.

What is the ‘Act of State Doctrine’?

The doctrine states that an act which would otherwise be an actionable wrong may be so authorized or adopted by a government as to make it an2 “Act of State”  for which no individual is personally liable, and for which the government can be made responsible only through its own grace or through international recourse. The theory apparently is that the king or the state can do no wrong, but the individual officers who administer the government may do but not frequently. When they do so, they are responsible to the person injured, but if their acts were done in good faith in the service of the state, the state will make good the loss done to its servants. So far so good; but here sometimes comes in, as an obstacle to justice, the “Act of State” doctrine, to relieve the individual without subjecting the government to any liability except in the international forum.

Article 300 of the Indian Constitution

It states that the Government of India or the Government of a State may sue or may be sued by the name of Union of India or in the name of the legislature of a State. Thus, considering the Union and the States as juristic persons capable of making contracts, carrying on business, bringing and defending legal action like private individuals. This article also provides the legislative powers of the Union and the States to define their liabilities.

In State of Punjab v. O.C.B. Syndicate Ltd., the apex court said that it would be wrong to say that the Government is not a juristic entity for the reason that it does not satisfy the definition of a corporation. The State is an organized political institution which has several of the attributes of a corporation.

There are no rules to decide whether a function is sovereign or non-sovereign. The first judgment which considered the liability of the state arising out of a tortious act done by public servants was Peninsular and Oriental Steam Navigation Co. v. Secretary of State for India, it recognized the difference between sovereign and non-sovereign functions. The court held that the secretary can only be held liable for the commercial functions and not liable for anything done in the exercise of sovereign functions.

The Supreme Court gave one of the earliest decisions in the case of State of Rajasthan v. Vidhyawati on the issue of the tortious liability of the state for the acts of government officials. In this case, the driver of a jeep for the official purpose of Collector drove negligently while coming back from the repair workshop and injured a pedestrian, who fatally suffered injuries. The Supreme Court held that the government of Rajasthan will be liable for the negligent act of its servant just like any private employer. The Supreme Court also observed that “there is no justification, in principle, or in public interest, that the State should not be held liable vicariously for tortious acts of its servant.”

The decision in Vidhyawati was analysed in Kasturilal Ralia Ram Jain v. State of UP, the police arrested the plaintiff on a suspicion of possessing stolen property. Later, a large quantity of gold was found and seized. Ultimately, he was released but he did not receive the gold back as the Head constable who was the in charge of the maalkhana had absconded with the gold. The plaintiff filed a suit against the state of Uttar Pradesh for damages. The lower courts held that the police constable failed to take proper care of the gold seized as per the UP Police Regulations. The Supreme Court found that the police officers acted negligently while taking care of the plaintiff’s property and had failed to act in accordance with the regulations.

The apex court rejected the plaintiff’s claim on the ground that “The act of negligence was committed by the police officers while dealing with the property of Ralia Ram, which they had seized in the exercise of their statutory powers. The power to arrest a person, to search him and to seize property found with him, are powers conferred on the specified officers by statute and in the last analysis, they are powers which can be properly categorized as sovereign powers; and so, there is no difficulty in holding that the act which gave rise to the present claim for damages has been committed by the employee of the respondent during the course of its employment; but the employment in question being of the category which can claim the special characteristic of sovereign power, the claim cannot be sustained.”

In certain landmark decisions, the Supreme Court has recognized the liability of the state for the acts of public servants which result in infringement of fundamental rights, including tortious acts. In such circumstances, the apt remedy is to file a petition under Art. 32 or Art. 226 of the Constitution. In Nilabati Behera v. State of Orissa, the State of Orissa was held liable to pay damages to the petitioner for relief against the infringement of fundamental rights. The Supreme Court observed that such a remedy was a remedy available in public law, based on strict liability for contravention of fundamental rights to which the principle of sovereign immunity does not apply, even though it may be available as a defence in private law in an action based on tort.

In the case of N. Nagendra Rao & Co. v State of Andhra Pradesh, the Supreme Court held that when the citizen suffers any damage due to the negligent act of the public servants the State will be vicariously liable to compensate him and the principle of sovereign immunity will not exempt him from the liability. The Court held that the traditional concept of sovereignty has evolved in modern times, and the distinction between sovereign and non-sovereign functions does not exist anymore. The Court observed that the sovereignty is vested in the people now. The Supreme Court merely restricted the application of the doctrine of sovereign immunity to those cases in which the act in question is related to a  “function for which it [the state] cannot be sued in the court of law.” These functions included – “administration of justice, maintenance of law and order and repression of crime etc. which are among the primary and inalienable functions of a constitutional Government.”