This article is written by Karan Shelke, pursuing an Executive Certificate Course in Competition Law, Practice and Enforcement from LawSikho.com.

Football is one of the most popular sports in the world. The sport’s origins are found in Europe, and European football has dominated the game in recent times. The Union of European Football Association (“UEFA”) is the governing body of European football. UEFA was founded as an organization in 1954 primarily to organize European club competitions.

The money that the European clubs receive from UEFA competitions is a mixed bag for participation and from broadcasting revenues. Since the start of the 21st century, football revenues of European clubs have shot up due to the broadcasting and marketing revenues. As a reaction to this situation, in 2010, UEFA introduced a new set of regulations, known as Financial Fair Play (“FFP”), aimed to bring ‘discipline and rationality’ to the financial practices of European football clubs. Recent evidence suggests that this has improved the financial performances of European football clubs. However, the author believes that the FFP rules are at the expense of free and fair competition which can violate the spirit of EU Competition Law.

The recent exchange deal of Arthur Melo and Miralem Pjanić highlights this concern. The footballing world saw one of the strangest transfers in recent times when Arthur Melo, a midfielder at Barcelona got sold to Juventus. Barcelona had paid €31 million for Arthur Melo back in 2018 to bring him to Camp Nou. He was destined for greatness in Barcelona after getting compared with the legendary Xavi. However, he was swapped in an exchange deal for a player in the twilight of his career. There seems little logic for this transfer but Barcelona was compelled to sell Arthur Melo to balance their books as per the FFP rules.

It is no secret that the UEFA offers a financially lucrative model to established European clubs. This raised concerns that some clubs might end up spending more than they are earning to compete in the UEFA competitions. To address this concern, UEFA decided to adopt the FFP rules. Under the rules, the UEFA introduced the “break-even” rule.[1] The break-even rule is the crux of the FFP rules. The clubs are in breach of the break-even rule if their “relevant expenses” exceeds their “relevant income”. The break-even rule allows clubs to spend on player transfers and wages if the relevant income gets derived from any football-related business like player transfers, sponsorships, government grants, broadcasting revenue, matchday tickets etc.[2] In doing so, the clubs are obliged to provide financial statements to UEFA.[3] The information provided by clubs is made public in its annual Club Licensing Benchmarking Report. If a club is in breach of FFP, UEFA can impose sanctions by withholding prize money, excluding the club from European competitions, or a fine.[4]

Interface of the EU competition law and FFP rules

The transfer of Arthur Melo to Juventus is an absolute bargain for the Italian outfit. However, there is a little possibility that Barcelona would have considered selling him if it wasn’t for the FFP compliance. UEFA issued regulations appear in conflict with the European Competition Law and its jurisprudence. There are two main substantive provisions in the Treaty on Functioning of European Union (“TFEU”) addressing competition law issues namely anti-competitive agreements and abuse of dominant positions.

The UEFA is an enterprise/undertaking which undertakes economic activity. In the Meca-Medina and Macjen v. Commission, the Court of Justice of European Union (“CJEU”) determined that a rule or agreement is not immune from the application of the competition rules simply because it is concerned with the organization of sport.

In 2014, Daniel Striani, a football agent challenged the legality of the break-even rule by identifying five anti-competitive effects before the EC and the Belgian Courts. The EC rejected the complaint which can be attributed to the cooperation agreement between the EC and UEFA while the Brussels Court of Appeal refused to hear the matter citing lack of jurisdiction.

Effect on the competition

FFP rules require clubs to provide a financial report to UEFA for compliance. Information exchange forms part of this understanding. There have been many cases in which the European Commission (“EC”) held that an exchange of information was unlawful when it was part of a mechanism for monitoring/enforcing compliance with some other agreement that was itself unlawful.[5] Since its inception, FFP has been subjected to criticism as it can “ossify” or “freeze” the hierarchy of European football, creating a barrier to entry. The creation of entry barriers and impeding market access is a key element of EU Competition Law.

The CJEU in T-Mobile Netherlands and Others clarified how an information exchange about market positions and strategies of their competitors can reduce the degree of uncertainty. In Vereeniging Van Cementhandelaren v Commission, the CJEU decided that fixing a price “affects competition because it enables all the participants to predict with a reasonable degree of certainty what the pricing policy pursued by their competitors will be.”

The break-even rule glued with the information exchange compliance brings a reasonable certainty of transfer policies that clubs will want to undertake. Since the demand of the market will be artificially limited, the amount paid for transfers, and the player’s salaries, will also be restricted artificially. It forges a burden on clubs that are looking to comply with FFP as they might be forced to sell their players at a price that does not reflect their fair market value which will affect the supply and demand of the transfer market. The financial report of UEFA involving top European clubs, along with the break-even rule that restricts the maximum amount a club can spend, can provide a ballpark figure on how much money a club could potentially spend.

The transfer deal between Barcelona and Juventus for Arthur Melo is a worthy example of artificial valuation. Juventus had a reasonable certainty on the transfer policies of Barcelona. It was public knowledge that Barcelona was under pressure to generate “relevant income” before June 30, 2020, to avoid falling foul of FFP. To generate such profits within a limited timeframe, the only option Barcelona had was to sell a star player for which they can show a sizable profit to UEFA. Sensing an opportunity, Juventus was quick to offload their ageing player with an additional fee of €12 million for Arthur Melo.

Beyond the break-even rule

Football is now a high profit yielding business and, hence, it must be reckoned with the highest standards of corporate governance. While the FFP has been successful to a certain extent, the exchange of information to the UEFA can be troublesome, especially for those clubs trying to comply with the break-even rule. Along with the FFP rules, UEFA should explore other options for more economic discipline in club football finances. One of the primary reasons why FFP was implemented was to address the issue of massive debts caused by overspending. If FFP only required clubs to report the debts, the club is accountable for, keeping the rest of the financial information confidential until the transfer window closes, there may be a different outcome. A mechanism must be adopted by UEFA to shield clubs from getting exploited in the transfer market as it is evident that Barcelona will not be the only club that will be exploited and such instances might follow if UEFA doesn’t come up with alternative solutions.

The possibility of clubs breaking away from UEFA is unlikely. The bargaining position of European clubs in UEFA’s competition is constricted due to the lucrative deals that come along with UEFA competitions. The cooperation agreement between the EC and UEFA will expire in 2020. The timing cannot be more suitable for the EC and UEFA to re-consider the FFP rules. UEFA can also contemplate other measures that can effectively deal with the concerns of information exchange and excessive spending.

Arthur’s transfer is unique in its way, as never before has a major European club been forced to sell their star player to comply with the FFP rules. In the future, it can have an immense impact on clubs wanting to comply with the FFP rules as they will be at the short end of the stick during transfer negotiations. To achieve its objectives of long term viability in the business of football, UEFA should have other measures at its disposal. 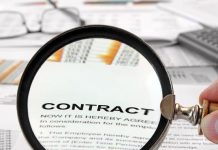 Difference between a contract of service and contract for services 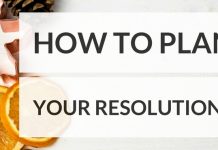 Can an approved resolution plan be withdrawn under Section 12A