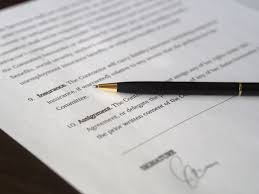 In this article, Nehal Nikhil Wagle pursuing Diploma in Entrepreneurship Administration and Business Laws from NUJS, Kolkata, discusses Ten must-have clauses in an advisor agreement for a business advisor who will receive equity in exchange for advisory services in the context of fundable startups.

In recent years it has been observed that the traditional approach towards the business industry has changed drastically and has resulted in great revolutionary change and overhaul. Thus, nowadays structuring of the business has become more liberal and creative. One such recent development is what is known as start-ups. Since then, start-up models have been widely and open mindedly accepted by the market. However, lack of prior knowledge and experience has given rise to a number of problems. As a result of which the idea of Advisory board has evolved.

An advisor is a person who possesses specialized knowledge, expertise and on field experience. Such a business advisor becomes a valuable addition when the entrepreneur has little or no knowledge about the market and its reactions. A business advisor aids in overcoming the difficulties or challenges likely to be faced by startups. As a result of which most of the markets in current market era tend to strike a deal where in advisors are offered equity in return of the services rendered by them. The first hurdle that the entrepreneurs need have to come across is to zero in about the equity to be offered coupled with the services expected and the role of the advisor. This leads entrepreneurs to the need of an agreement between advisor and startups. It has been rightly said that agreements arose when there is a need to draw line of limitation. Result of which is known as advisors Agreement. The advisor`s agreement addresses the details about the equity to be offered to the advisors along with the roles that they are expected to play and the rights they will have a vis-a-vis the company. Following are 10 most important clauses in an agreement.

Following are the 10 most important clauses

Where a particular service is being offered, accepted, promised and delivered upon a consideration it becomes extremely difficult to draw the lines pertaining to nature and extent of services to an agreement. Advisors agree to act as an advisor for the company and extend their advisory services on matters prescribed within the agreement. The services rendered by an advisor cannot be exhaustively specified or laid down in the agreement. Thus to overcome this inability it is important to mention and specify the nature of services that have to be rendered by the business advisor under normal circumstances. However such normal circumstances must also include not so obvious conditions in a flexible manner so as to include a provision to expand the same in times of need.

This clause specifies the tenure for which a business advisor is required to render service. It is important for all kinds of agreements to include lock in period so as to avoid any kind of losses. Determining the exact period will help the advisor to know the tenure for which he will be rendering the service.

From point of view of advisor it is very important that he knows the exact tenure for which he has to dispense his advisory services to the company.

The popular choice of the day is equity based compensation. This implies that advisor is not paid remuneration or entitled to cash compensation. Almost all startups recently have adopted this way of compensation policy and the same is mentioned in agreement. Provisions of companies act, 2013 has mandated every shareholder to buy share for or at a minimum face value. So vogue in this regard is allotting shares at face value. This is one the most important clauses in agreement. The usual method is to seek approval of board of directors to authorize the compensation that advisor will receive. The advisor has to buy these shares at face value as opposed to the premium rate fixed according to valuation that investors or other buyers have to pay.

A company has to reimburse an advisor for reasonable travel and related expenses incurred by him while working for the company. Thus comes the expense clause. This clause contains the mode and manner in which expenses have to be reimbursed to a business advisor. It is also to be noted that this clause also lays down the limit of reimbursement so as to bring reasonableness from part of company as well as advisor. This clause is generally incorporated in an agreement so as to avoid any further conflict of interest. This clause is beneficial to business advisor as it helps him to know the extent as well as nature of expenses for which he would be reimbursed.

The term Confidentiality is a set of rules or a promise that limits the access or places restrictions on certain types of information pertaining  to sensitive information such as technical data or know-how(whether disclosed  before or after  signing the advisor`s agreement) including but not limited to, information relating to business, products, manufacture process, trade, research, designs ,process, Designs, drawings, marketing or any other information which under certain conditions or circumstances appear to be confidential.

Information in wrong hands and at unfortunate times can be deadly and cause severe losses to an entity. One of the important facets of company is to protect its sensitive information, policies or strategies. Thus, a confidentiality clause is the one where parties to an agreement agree not to share information obtained from certain course of business or any other party. This is in short a restraint clause in a sense it restrains an advisor from disclosing certain sensitive information of the company which can be misused to case huge damage or losses to the company.

An advisor in no manner is an employee of the company; neither the advisor assumes the nature of service provider or a shareholder who holds sweat equities. It is extremely important to draw an outline and limitations defining the nature of relationship. This avoids the tussle over the claims that may arise when advisor claims in another capacity or when company turns around and starts treating the advisor in a manner which is likely to be contrary to conditions specified in agreement.

The Apex Court through various precedents have emphasized on adding arbitration and other alternate dispute resolution methods such as negotiation and mediation in an agreement. The existences of such clauses have become a necessary concomitant in all bilateral agreements in the field of business. It aims at speedy settling of disputes and avoids heavy litigation cost and long time-consuming process involved in the court of law.

It is expedient to mention the laws that were or are applicable to when the agreement was entered into. It is necessary to add in clear and plain terms the governing law as well as the jurisdiction within of the court where the parties intend to pursue the case in case the arbitration fails or is not opted for. It is important to note here that the apex court through various precedents has established that use of words and expression such as the dispute resolution mechanism, governing law as well as jurisdiction are important clauses in an agreement.

The advisors agreement specifies the duties and the rights of advisor in relation to his dealings with the company. This is done to avoid unnecessary conflict. It is the duty of the advisor to make a disclosure before the company immediately when he is himself working with any competing business or company. To understand this concept let us take an example, where an advisor is asked to be part of the company which is prime competitor of already engaged business or company. Such a situation may put the interest of both the companies in jeopardy. After such a disclosure is put forward by advisor the company shall put it under review as to whether the advisor`s working with such a competitor company is in conflict with the interests of the company.

The above-mentioned clauses are pertinent to a service agreement and are likely to prevent unforeseen complications that may arise in the future.