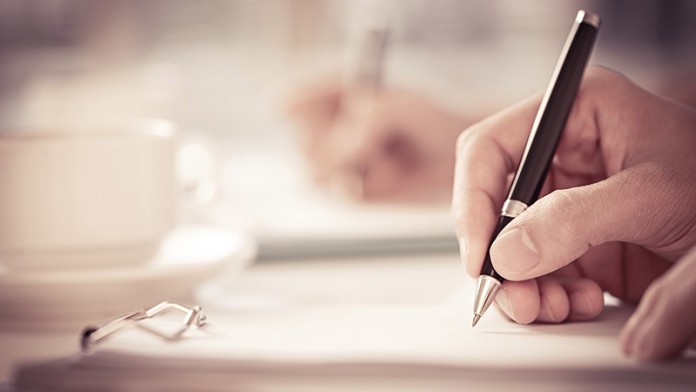 In this blog post, Radhika Goel, provides a detailed study on Affidavits.

We often come across a situation when government departments and various other authorities such as the electricity department, water department, regional passport authorities, banks, or institutions ask for an affidavit declaring a certain statement such as date of birth, marriage, change of place of residence, etc.

What Is An Affidavit?

The affidavit must be paragraphed and numbered. The person making the affidavit (the deponent) must sign the bottom of each page in the presence of an authorized person, such as a lawyer. Further, the affidavit must contain the full name, address, occupation and signature of the person (deponent) making such affidavit and the date & place where such affidavit is made. The affidavit must contain facts and circumstances known to a person and must not set out the opinions and beliefs of the deponent. Further, one should avoid referring to facts that are based on information received from others (known as hearsay evidence).  However, if the person is giving evidence as an expert; for instance, a psychologist or licensed valuer, then his opinion might be stated in the affidavit.

Affidavit is treated as “evidence” within the meaning of Section 3 of The Evidence Act. However, in the matter of Khandesh Spg & Wvg Mills CO. Ltd. Vs Rashtriya Girni Kamgar Sangh, citation 1960 AIR571, 1960 SCR(2) 841, it was held by the Supreme Court that an affidavit can be used as evidence only if the Court so orders for sufficient reasons, namely, the right of the opposite party to have the deponent produced for cross-examination. Therefore, an affidavit cannot ordinarily be used as evidence in absence of a specific order of the Court.

Further, the law pertaining to affidavits is covered under Section 139 and Order XIX of Code of Civil Procedure, 1908 along with Order XI of Supreme Court Rules. Order XIX of Code of Civil Procedure, 1908 empowers the Court to order at any point of time, any particular fact or facts to be proved by affidavit. But the Court shall not make such order, where it appears to the Court that either party desires the production of a witness for cross-examination and that such witness can be produced.

The Supreme Court in Amar Singh v. Union of India and Others, has issued directions to the courts registry to carefully scrutinize all affidavits, petitions and applications and reject those which do not conform to the requirements of Order XIX of the Code of Civil Procedure and Order XI of the Supreme Court Rules. The Supreme Court has highlighted the importance of affidavits in this judgment and has discussed various judicial pronouncements on the aspect.

The importance of affidavits strictly conforming to the requirements of Order XIX Rule 3 of the Code has been laid down by the Calcutta High Court as early as in 1910 in the case of Padmabati Dasi v. Rasik Lal Dhar [(1910) Indian Law Reporter 37 Calcutta 259]. An erudite Bench, comprising Chief Justice Lawrence H. Jenkins and Woodroffe, J. lay down:

“We desire to impress on those who propose to rely on affidavits that, in future, the provisions of Order XIX, Rule 3, must be strictly observed, and every affidavit should clearly express how much is a statement of the deponent’s knowledge and how much is a statement of his belief, and the grounds of belief must be stated with sufficient particularity to enable the Court to judge whether it would be sage to act on the deponent’s belief.”

This position was subsequently affirmed by Constitution Bench of this Court in State of Bombay v. Purushottam Jog Naik, AIR 1952 SC 317. Vivian Bose, J. speaking for the Court, held:

“We wish, however, to observe that the verification of the affidavits produced here is defective. The body of the affidavit discloses that certain matters were known to the Secretary who made the affidavit personally. The verification however states that everything was true to the best of his information and belief. We point this out as slipshod verifications of this type might well in a given case lead to a rejection of the affidavit. Verification should invariably be modelled on the lines of Order 19, Rule 3, of the Civil Procedure Code, whether the Code applies in terms or not. And when the matter deposed to is not based on personal knowledge the sources of information should be clearly disclosed. We draw attention to the remarks of Jenkins, C. J. and Woodroffe, J. in Padmabati Dasi vs. Rasik Lal Dhar 37 Cal 259 and endorse the learned Judges’ observations.”

In Barium Chemicals Limited and another v. Company Law Board and others, AIR 1967 SC 295, another Constitution Bench of this Court upheld the same principle:

“The question then is: What were the materials placed by the appellants in support of this case which the respondents had to answer? According to Paragraph 27 of the petition, the proximate cause for the issuance of the order was the discussion that the two friends of the 2nd respondent had with him, the petition which they filed at his instance and the direction which the 2nd respondent gave to respondent No. 7. But these allegations are not grounded on any knowledge but only on reasons to believe. Even for their reasons to believe, the appellants do not disclose any information on which they were founded. No particulars as to the alleged discussion with the 2nd respondent, or of the petition which the said two friends were said to have made, such as its contents, its time or to which authority it was made are forthcoming. It is true that in a case of this kind it would be difficult for a petitioner to have personal knowledge in regard to an averment of mala fides, but then were such knowledge is wanting he has to disclose his source of information so that the other side gets a fair chance to verify it and make an effective answer. In such a situation, this Court had to observe in 1952 SCR 674: AIR 1952 SC 317, that as slipshod verifications of affidavits might lead to their rejection, they should be modelled on the lines of O. XIX, R. 3 of the Civil Procedure Code and that where an averment is not based on personal knowledge, the source of information should be clearly deposed. In making these observations this Court endorse the remarks as regards verification made in the Calcutta decision in Padmabati Dasi v. Rasik Lal Dhar, (1910) ILR 37 Cal 259.”

Another Constitution Bench of this Court in A. K. K. Nambiar v. Union of India and another, AIR 1970 SC 652, held as follows:

In the case of Virendra Kumar Saklecha v. Jagjiwan and others, [(1972) 1 SCC 826], this Court while dealing with an election petition dealt with the importance of disclosure of source of information in an affidavit. This Court held that non-disclosure will indicate that the election petitioner did not come forward with the source of information at the first opportunity. The importance of disclosing such source is to give the other side notice of the same and also to give an opportunity to the other side to test the veracity and genuineness of the source of information. The same principle also applies to the petitioner in this petition under Article 32 which is based on allegations of political motivation against some political parties in causing alleged interception of his telephone. The absence of such disclosure in the affidavit, which was filed along with the petition, raises a prima facie impression that the writ petition was based on unreliable facts.

In case of M/s Sukhwinder Pal Bipan Kumar and others v. State of Punjab and others, [(1982) 1 SCC 31], a three Judge Bench of this Court in dealing with petitions under Article 32 of the Constitution held that under Order XIX Rule 3 of the Code it was incumbent upon the deponent to disclose the nature and source of his knowledge with sufficient particulars. In a case where allegations in the petition are not affirmed, as aforesaid, it cannot be treated as supported by an affidavit as required by law.

The purpose of Rules 5 and 13 of the Supreme Court Rules, set out above, has been explained by this Court in the case of Smt. Savitramma v. Cicil Naronha and another, AIR 1988 SCC 1987. This Court held, in para 2 at page 1988, as follows: “…In the case of statements based on information the deponent shall disclose the source of his information. Similar provisions are contained in Order 19, Rule 3 of the Code of Civil Procedure. Affidavit is a mode of placing evidence before the Court. A party may prove a fact or facts by means of affidavit before this Court but such affidavit should be in accordance with Order XI, Rules 5 and 13 of the Supreme Court Rules. The purpose underlying Rules 5 and 13 of Order XI of the Supreme Court Rules is to enable the Court to find out as to whether it would be safe to act on such evidence and to enable the court to know as to what facts are based in the affidavit on the basis of personal knowledge, information and belief as this is relevant for the purpose of appreciating the evidence placed before the Court, in the form of affidavit….”

In the same paragraph it has also been stated as follows:

“…If the statement of facts is based on information the source of information must be disclosed in the affidavit. An affidavit which does not comply with the provisions of Order XI of the Supreme Court Rules, has no probative value and it is liable to be rejected…”

Supreme Court of India has made it very clear that perfunctory and slipshod affidavits which are not consistent either with Order XIX Rule 3 of the CPC or with Order XI Rules 5 and 13 of the Supreme Court Rules should not be entertained by the Courts.

In fact three Constitution Bench judgments of this Court in Purushottam Jog Naik (supra), Barium Chemicals Ltd. (supra) and A.K.K. Nambiar (supra) and in several other judgments pointed out the importance of filing affidavits following the discipline of the provision in the Code and the said rules.

Consequences Of Filing A False Affidavit

Criminal proceeding may be initiated against the guilty by making an application under section 340 Read with section 195 of Code of Criminal Procedure, 1973 before the criminal or civil court for giving false evidence.

When false affidavit or false documents are given in any quasi-judicial or administrative proceedings, then a private complaint can be filed under Section 200 of the Code of Criminal Procedure, 1973 before the competent magistrate.