This article is written by Anika Jhaveri, pursuing a Diploma in M&A, Institutional Finance and Investment Laws (PE and VC transactions) from LawSikho.

We all could agree that the pandemic made all of us realize the importance of having good ed-tech companies in India as when the students didn’t have an option to go to the school and learn. Ed-tech companies became a survivor as they provide their services at a cheaper rate and the students can learn from anywhere and anytime. If we are talking about India’s ed-tech startups then Byju’s has its place at the top.

In this article, I am going to talk about the acquisition deal between Aakash Educational Services Limited Institute and BYJU’S. The cash-and-stock deal was closed at almost $1 billion last week, making it one of the most expensive deals in India’s burgeoning ed-tech sector.

About the acquiree company

Blackstone Group-backed Aakash Educational Services Limited (AESL) is a thirty–three–year–old coaching institute that offers test prep services for medical and engineering entrance exams, school board exams, KVPY(Kishore Vaigyanik Protsahan Yojna), NTSE (National Talent Search Examination), Olympiads, and other foundation level exams to students in classes 8-10 for school boards and junior competitive exams. These offerings by the offline major are categorized under three brands – Aakash Medical, Aakash IIT-JEE, and Aakash Foundations. It has its presence in more than 200 coaching centers across the country.

Aakash institute started its journey when the people considered the coaching institutions as not a growing business, but Aakash build its name and fame in the market by working rigorously as well as ever since its inception the company stayed reliable to its students in the education market till date as it changed with the time and need of the students. 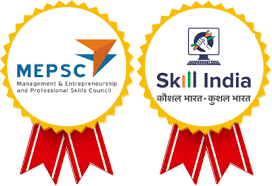 About the acquirer company

Bangalore-based BYJU’S was founded by Byju Raveendran and Divya Gokulnath in 2011 as an educational company that offers online video-based learning programs for the K-12 segment and competitive exams. The company has seen steady growth for the four years in the education sector and launched the Byju, the Learning App in August 2015.

BYJU’S strongly believes in a Freemium business model wherein it offers customers both complimentary and paid (premium) services. The approach of the BYJU’S in providing knowledge with highly creative visual contents, one-on-one learning process, and other facilities has led to the success of BYJU’S in a very small span in the competitive world. Byju has been able to rightly blend the technology and knowledge to today’s generation.

BYJU’S is backed by marquee investors like Mary Meeker, Yuri Milner, Chan-Zuckerberg Initiative, Tencent, Sequoia Capital, Tiger Global, and others. It is estimated to have raised over USD 2 billion in funding to date. BYJU’S has also acquired several start-ups and businesses to expand its offerings and push its market share and ed-tech penetration through its subsidiaries. Here is the list of the companies that are acquired by  BYJU’S:-

Analysis of the deal

From collaboration to acquisition

BYJU’S and Aakash’s team started talking in the month of June 2020 last year. At that time they discussed the possibility of working jointly and working together. The discussion about acquisition started in the month of October, and they were able to come to an agreement in December. And in April 2021 BYJU’S finally acquired Aakash through a strategic merger. Managing Director & Co-Promoter Aakash Chaudhry and his family are giving up their entire stake in the firm for a 70:30 cash-equity deal under which they will receive an undisclosed stake in BYJU’S for about 30 percent of the payment.

Benefits for the Byju

Test – prep as an important market for Ed-tech players

Among the four major areas of ed-tech i.e., K-12, test prep, skill development, and online certification, the test prep is considered to be the evergreen market for Ed-tech as the students are obsessed with the grades, the right coaching and guidance provide them the admission in top colleges of engineering and medical courses. The test prep is also helpful to people to get gilt-edged government jobs. Online test prep start-ups are growing tremendously because of these reasons. By acquiring the Aakash the BYJU’S makes its presence in the test prep segment the best choice for the students as it provides the blend of both the technology of the BYJU’S and the expertise of the Aakash, so the students can learn from home as well as take guidance from the experts.

Create base in the brick and mortar style coaching education

No matter how much the technology is evolving, the traditional way of teaching i.e. the physical presence of both students and the teacher is still irreplaceable and BYJU’S knows it. Though BYJU’S had acquired several educational companies in the past, the acquisition deal of its with Aakash is the first offline acquisition that it has been into. As the Aakash has very little presence in the ed-tech industry. The major reason why the deal is done is pretty clear, as BYJU’S has not had traditional classroom coaching for a while now while Aakash has a pretty strong base there. BYJU’S has a stronghold in the school education segment while Aakash on the other hand is a leader in the competitive exams segment. The merger was done in order to take advantage of this cross-segment diversification.

For the test prep market, it is difficult to replicate the rigor and intensity of competitive exams online. The students need a group studying environment and some interactions with teachers during preparation, which can only be achieved through offline play. To have only online models for test preparations is very far right now for the ed-tech companies to achieve. This deal will be a medium to reach the towns & cities that are still untouched by the BYJU’S because their enhanced adoption of online learning may still be a few years away.

BYJU;S had a strong presence across urban markets even before the pandemic fuelled the recent Ed-tech boom. Since the mandatory lockdowns from March 2020, the company claims to have added 25 Million+ students to its platform. It also secured more than $1.2 Billion in funding last year, taking the total funding amount to $2.1 Billion, and hit the decacorn status at a $12 Billion valuation. However, a significant amount of that funding went into acquisitions.

The future of learning is hybrid and this union will bring together the best of offline and online learning, The high-tech as well as tried and tested platform of BYJU combined with the skilled faculty of Aakash Institutes will prepare a model of hybrid learning where students would be able to learn through the online medium as well as will be able to seek offline guidance from its brick and mortar presence, as and when they required.  as we combine our expertise to create impactful experiences for students. The pandemic has brought the importance and urgency of the blended format of learning to the forefront. Byju’s cited industry reports and said that the test preparation and after-school tutoring (high school) segment is estimated to be a USD 7-8 billion opportunity in India and is expected to witness 55-60 % growth over the next 4-5 years.

Also, the existing subscribers of BYJU’S, especially those who are studying in grades 9-12 can automatically opt for AESL’s core entrance exam courses, thereby creating stickiness for the BYJU’S platform. As far as Aakash Educational Services is concerned, the deal with BYJU’S will enable them to add online learning to its services.  The acquisition will allow the two biggest entities of their respective business to build the largest omnichannel for students in India.

BYJU’S will not likely make any changes to Akash’s existing core business through its acquisition. However, it is noted by a press release that it has plans to make new investments to accelerate the growth of the traditional educational institutional chain. The deal will also help BYJU’S introduce new verticals, topics, and languages ​​to its online platform.

BYJU’S is now eliminating all of its rivals in the education market and strengthening its position. The acquisition of the two companies will bring a positive impact on the education market in India.  At present time Byju’s has over 80 million students cumulatively learning from the app, 5.5 million annual paid subscriptions, and an annual renewal rate of 86 percent. During April-September 2020, Byju’s added 45 million new students to its platform. For BYJU’S, the next set of segments of interest, and possibly acquisitions, could come from other areas of test preparation such as civil services, government, and banking exams, as well as entrance exams in law and management. It is considering an initial public offering over the next 18-24 months.