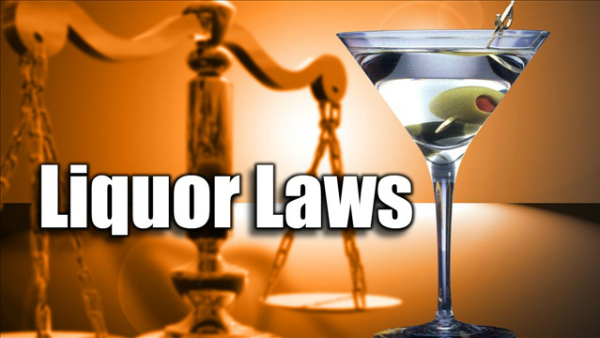 In this article, Manasvi Singh discusses Alcohol laws in India.

For example, in Maharashtra, the consumption age of alcohol is 25 and a major (i.e.18) can buy alcohol. In such a situation, it gets hard to make sure that the person, who is major and buying alcohol, is or is not going to consume the alcohol as well.

In Karnataka as per Karnataka Excise Department, 1967 legal age of drinking is 21 however as per The Karnataka Excise Act, 1965 Section 36 legal age to purchase alcohol is 18 years. In many states the act were silent about either about the valid drinking age or purchasing age. In such a situation, for the purpose of convenience it is assumed that the both the age is same.[1]

States in which liquor consuming age is 18

States in which liquor consuming age is 21

States in which liquor consuming age is 25

States in which liquor consumption is illegal

These are the states which are known as ‘DRY STATES’. The sale and consumption of alcohol is banned in over 6 states of India which totally restrict the sale, consumption and even possession of the liquor.

Wine can be consumed at any age in Maharashtra, while for beer consumption the legal age is 21 and for other intoxicants or liquors the legal age is 25. Someone who lives or visits in Wardha District, one has to be 30 years of age to drink.

Chief Minister Nitish Kumar has banned alcohol in Bihar since April 4, 2016. This Bona fide decision has been taken with the coming of new government in Bihar.

Dry Days are the days when alcohol is prohibited in India, regardless the states. There are some days specifically when the sale of alcohol is prohibited. Republic Day (26 January), Independence Day (15 August) and Gandhi Jayanti (2 October) are usually dry days throughout India as they are considered as the National Holidays so every state is bound to celebrate that day as a DRY DAY.[2] There are also other celebrations and festivals in the India which are considered as Dry Days.

Implementation of the Alcohol laws in India

Drunkenness is defined as the condition produced by a person who has taken alcohol in a quantity sufficient to cause him to lose control of his faculties to such an extent that he is unable to execute the occupation on which he is engaged at the material time.[3] The trend of consuming the alcohol does not limit itself to any particular class in the society; it is widespread among people of every class. Not only alcohol is injurious to health, but crime rate gets raised too. For example, drink and drive cases or killings in the influence of intoxication or even assaulting cases after consuming alcohol. Drink and drive cases are very common in most of the state of India.

However, the state government has made liquor laws to govern the sale and consumption of the alcohol and makes amendment time to time to do alternation when new laws are needed.

With the analysis of liquor laws in the various states of India, it can be concluded that the state governments are attempting to get the crime rate and the hazardous consequences in control. And as a result of this attempt, the permitted age for consuming alcohol differ in the various states. Through these laws, states make efforts to save the future of youth and next generation of the country.

The laws made with motive to lower the rate of consumption of alcohol are violated rigorously. People who are habitual drinkers tend to avoid the state liquor laws to drink liquor. For example, in Delhi the government imposed fine on consuming liquor in public and people, who consume alcohol, do so breaking rules and pay fines. In spite of not consuming alcohol, they break laws to consume alcohol.

It is very clear to all that in India, like any other law, liquor law has also been taken for granted. Any law regarding liquor which is meant to get alcohol consumption in control gets avoided instantly in India and people always find a way to break to law like in DRY STATES where liquor is prohibited, there are sellers available in states who sell liquor illegally and people buy it illegally. There are even more unlicensed sellers of liquor than licensed ones. The states where one has to possess a license to but alcohol, people who don’t possess them.

All the laws regarding liquor selling, purchasing and consuming are violated by people and the strength of such people is huge. It shows the condition of liquor laws implementation in India which is absolutely poor.[4] It is very essential for the nation to ensure that legal drinking age should be strictly followed and there should be diligent participation of the law enforcement agencies towards this. There is a need of laws with strict punishments to make sure the implementation of those laws as well.