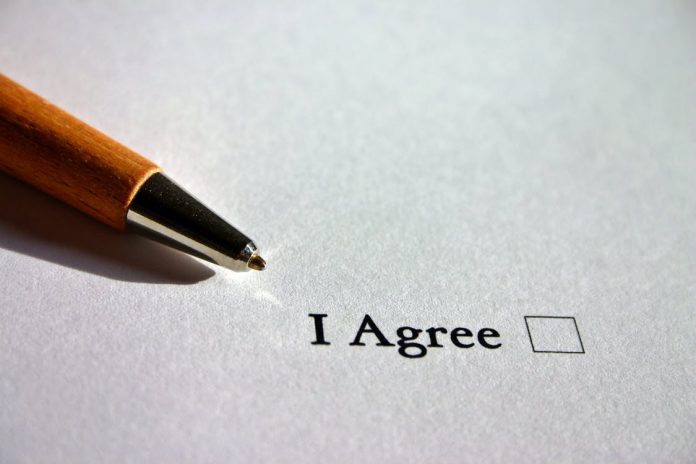 This article is written by Adhila Muhammed Arif, a student of Government Law College, Thiruvananthapuram. This article seeks to elucidate the concept of collective bargaining and its agreement in India, its requisites, its types, and the laws concerning it.

The term collective bargaining refers to the process of negotiation that takes place between workers or labourers and their employers on the terms of their contracts. In most instances, the labourers are represented by a trade or labour union. This is usually done in order to achieve certain demands and rights of the labourers, namely those pertaining to working hours, salaries, working conditions, etc. This form of industrial dispute resolution has been revolutionary for labour relations in the Indian industries, both private and public. This is because conflicts in the area of commerce and business are inevitable and it is not practical to resolve all such disputes through courts. Hence, collective bargaining has become a suitable alternative to adjudicate industrial disputes.

What is collective bargaining

(a) determining working conditions and terms of employment; and/or

(b) regulating relations between employers and workers; and/or

In the case of Ram Prasad Viswakarma v. Industrial Tribunal (1961), it was observed that before collective bargaining was introduced, labourers found it very difficult to negotiate the terms and conditions of their contracts. With the arrival of trade unions, collective bargaining became the norm. It became more convenient as employers only had to negotiate with the representatives of the labourers instead of engaging with every individual labourer.

In the case of Bharat Iron Works v. Bhagubhai Balubhai Patel (1976), it was observed that collective bargaining is a part of the modern-day concept of the welfare State. It must be practised in a healthy manner in which there is mutual cooperation between the employers and the employees. Negotiation between the management and trade union helps in reaching a settlement regarding various issues.

The following are the aims and objectives of collective bargaining:

The following are the advantages of collective bargaining:

The following are the disadvantages of collective bargaining:

In the case of Karnal Leather Karamchari Sanghatan v. Liberty Footwear Company (Regd.) and Ors. (1990), the Supreme Court laid down that the Industrial Disputes Act, 1947 was enacted for the purpose of securing social justice by means of collective bargaining. The court further stated that arbitration comes within the purview of statutory tribunals. The workers involved must be aware of what is presented before the arbitrator and must be able to share their arguments and claims before him. Even though it is the labour union that helps to resolve the disputes, the labourers must be involved in the process and suggest remedies.

This Act deals with the registration, rights, liabilities and immunities of a trade union. The most important function of a trade union is to regulate the relationship between an employer or management and its employees.

In the case of D.N. Banerjee v. P.R. Mukherjee (1952), Justice Chandra Shekhar Aiyer observed that due to the increased importance of capital and labour in the modern-day world, they have organised themselves into groups to settle disputes. This is based on the theory that unity is strength and collective bargaining is a result of that.

‘Standing Order’ in this Act is defined in Section 2(g) as the rules related to matters such as classification of workmen, attendance, conditions of granting leaves, manner of intimation to workers about work and wage-related details, etc. As per Section 3 of the Act, the employer must first submit the draft of the standing order to the Certifying Officer, and must also conform to the model set for the standing order as far as possible. After that, the Officer forwards copies of the draft to the trade union or to the workmen. If there is no trade union for seeking objections, the officer must give both the parties an opportunity of being heard and then certify the standing order with necessary modifications and send its copies to both parties. Here, it is apparent that the certifying officer acts as the negotiator and the process of framing a standing order involves both employer and employees. This provision essentially employs the method of collective bargaining.

The Constitution of India, 1950

Several provisions enumerated in the Indian Constitution, particularly the fundamental rights and the directive principles of state policy justify the concept of collective bargaining. Firstly, Article 19 of the Indian Constitution allows every Indian citizen to form an association, which in turn covers the right to form a trade union as well. In Article 43 A, the state is permitted to make laws that encourage workers to take part in the management.

The following are the stages that the process of collective bargaining typically goes through:

As per Section 9A of the Trade Unions Act, 1926, the minimum number of employees to constitute a trade union is seven. Though registration of a union is not compulsory, it definitely comes with its advantages such as providing adequate representation for workers, using funds for specific purposes, immunity from civil suits, etc.

Making a charter of demands

In this stage, either the union or the employer may initiate the proceedings of collective bargaining. The trade union then drafts a charter of demands through several discussions conducted among all of its members.

The negotiations begin with the submission of the charter of demands. Generally, it is the union that formally presents proposals for changes in the existing labour agreements in the initial meeting. Then, the management gets the opportunity to present counter-proposals. This keeps going on until they can form an agreement. When it becomes impossible for them to reach an agreement, a third party may be appointed as a mediator or an arbitrator.

Once a negotiation becomes successful, the management and the union form a written agreement. This agreement is called a collective bargaining agreement.

In case the negotiation process fails, the union may declare a strike. As per Section 22 of the Industrial Disputes Act, public utility sector employees must provide six weeks’ notice of a strike, and may strike fourteen days after providing such notice. Neither the management nor the union is permitted to take any industrial action while the conciliation is pending, and not until seven days after the conciliation proceedings conclude, or two months after the legal proceedings conclude.

The conciliation process begins when the conciliation officer receives a notice of strike. There are two alternatives that can be taken in this step. As per Section 4 of the Act, during the cooling-off period, the state government may appoint a conciliation officer for investigating, mediating and promoting settlement. As per Section 5 of the Act, the second alternative is that the state government may appoint a Board of Conciliation and it shall be composed of a chairman and either two or four members. Strikes are not organised during the process of conciliation as per Sections 22 and 23 of the Act. Section 20 of the Act provides that this step ends with a settlement or a reference to an industrial tribunal or labour court, and sometimes no settlement is arrived at.

Arbitration or adjudication by industrial tribunals or labour courts

In case of failure of the conciliation process, the parties could go for either a voluntary or compulsory arbitration, and the recommendations of the arbitrator may be binding on the parties. Section 7A of the Act provides for a labour court or industrial tribunal within a state to adjudicate such disputes. Section 7B of the Act provides for the constitution of national tribunals to resolve disputes involving questions of national interest. The employer and the employees may refer the case by a written agreement to a labour court, industrial tribunal or national tribunal for adjudication or arbitration.

In India, there are mainly three types of collective bargaining agreements, which are listed below:

Bipartite agreements are those agreements or settlements formed in voluntary negotiations in the process of collective bargaining. As per Section 18 of the Industrial Disputes Act, such agreements are binding on the parties involved.

A settlement commonly refers to an agreement of tripartite character as a third party is involved in arriving at it. This is the agreement that is arrived at by the employer and the employees with the help of a conciliation officer. If during the process of conciliation, the conciliation officer feels that there is a possibility of reaching a settlement, he withdraws it himself. After that, the parties examine the terms of the agreement and report back to the officer within a specified period.

When a dispute is pending before a compulsory adjudicatory authority, the parties can still negotiate between themselves. The agreement that is formed as a result of such a negotiation shall also be incorporated into the authority’s award and it gains a binding force.

Elements of a collective bargaining agreement

To conclude, collective bargaining agreement is an essential step arrived at by the employer and the employees involved in the process of collective bargaining. This is the first resort that employers and unions go to for resolving disputes. It is formed as a result of a successful negotiation of voluntary nature. This helps in resolving disputes without the help of the courts or tribunals and makes the task of negotiating with employers simpler and more efficient.