This article is written by Dhawal Srivastava, a student currently pursuing B.A. LL.B (Hons.) from the Rajiv Gandhi National University of Law and edited by Gitika Jain, in which he has comprehensively elucidated the concept of lobbying and the need for having a legal framework governing it in India.

Lobbying has been one of the most scandalous activities in many modern democracies around the world, India being no exception. More about communication rather than venality, lobbying is considered by many to be a necessary evil as a result of its direct association with matters relating to the governance and functioning of the State. A trustworthy, fair and knowledgeable lobbyist is both effective and highly regarded by their clientele. The job of a lobbyist is to furnish information, specifically pertaining to policy-related issues, to politicians, elected members of the parliament or legislature, and other government officials and to make an attempt for influencing their actions and decisions to suit their interests. Lobbying is primarily undertaken by distinct groups and agencies such as corporations, associations, advocacy groups and intellectuals.

Is lobbying the same as bribery

Many equate lobbying with bribery. In countries where it is legal, critics term lobbying as ‘legalised bribery’. However, there is a clear distinction between the two which has been discussed henceforth:

There are two main categories of lobbying that are undertaken or are known of. These have been described below:

Lobbying around the world

Lobbying is prevalent in some form or the other in different countries around the world but still goes on unregulated by a suitable legal framework despite its impact on the prudent legislative process of the State. Only around one-third of the Organization of Economic Cooperation and Development (OECD) countries have laws governing lobbying, while countries like the United States of America, Taiwan, the United Kingdom, Australia, Canada, Germany, Israel, Poland, Hungary, Slovenia and Lithuania have a regulatory system governing lobbying and have legitimised the process by its legalisation. A discussion on certain legal regimes around the process of lobbying existing in three of the most prominent countries shall be discussed below under different heads.

The United States of America

The United States of America, where there exists a separate industry engaged in influencing policy making and advocacy issues, has one of the largest and is the most blooming space for lobbying communities in the world. Corporate lobbying has got an important status and is well protected by the legal framework of the country, which was also seen in the famous Citizens United v. Federal Election Commission case where the Supreme Court of the United States held that it would be in contravention to the First Amendment to have a law barring or limiting the super Political Action Committees (PACs) from investing in order to fund the political campaigns. Lobbying is also sanctioned by the American Constitution with rights vested to ordinary citizens as well to lobby for their causes and demands. This has facilitated several public lobbyists to take up the issues that concern citizens and thus there is a sentiment of working towards the amelioration of the problems faced by the common people through lobbying.

Due to the federal nature of the country, rules surrounding lobbying are complex since they vary from state to state. However, the Lobbying Disclosure Act of 1995 is one of the most important statutes governing the process. This Act requires the lobbyists to get themselves registered with the Secy of the Senate and the Clerk of the House of Representatives, disclose all the information regarding themselves and their client’s transactions as well as details of any financial contributions of more than USD 10000 for lobbying activities in whole or in part and also convey to them the details of the involvement of any foreign entities in the agreement. The subsequent Honest Leadership and Open Government Act of 2007 is also patterned on these lines.

Despite the Constitutional safeguard, in practicality, there has been a rise in crony capitalism in the USA with corporations having a major stake and influence over the legislators resulting in pro-corporate laws around the country. This is a pernicious side effect of this process which is also seen by many to be a significant step towards the erosion of democratic institutions of that state.

Lobbying has evolved from a small industry with a monopoly of few multinational giants and some local-level groups to a full-fledged professional field that employs more than ten thousand people annually in merely a span of two decades. As a result of this, the Australian Government maintains the register of professional federal lobbyists which is a publicly available document. Only those lobbyists listed in the records have the authority to practice the work in the country. Several different states of Australia have also enforced similar rules within their jurisdictions.

There has been a rise in the field of professional lobbying since the 90s, with almost 14000 people employed in this profession and an estimated worth of 2 billion pounds. Lobbying is very common in the UK. Taking this factor into account, in the year 2009, the House of Commons Public Administration Select Committee proposed the setting up of a legal registry of lobbyists and their companies under a particular law, only to be rejected by the then incumbent government. Five years later, in 2014, the British Parliament passed the Transparency of Lobbying, Non-Party Campaigning and Trade Union Administration Act, which provided for the statutory registration of professional lobbyists. The Office of the Registrar of Consultant Lobbyists (ORCL) was set up under this Act whose responsibility is to maintain the register as an independent statutory office. One year later, in 2015, the Chartered Institute of Public Relations also established the UK Lobbying Register.

While in the American and European world, there is a clear legal legitimisation of the profession of lobbying, India, despite being an active recipient of the effects of this industry has seemingly kept the issue of adopting a legal framework to address the nuances of lobbying at a bay as it best suits the purpose of many to keep it restricted to the grey zone. In fact, looking at the ground reality of India, it is simpler to parallel lobbying with bribery here due to the majority opinion of a necessary engagement in corruption for getting one’s work done through the governmental mechanism.

Does this imply that a legal and transparent methodology followed to influence a lawmaker to legislate favourably in the interest of the general public good or a concerned sector or contest against it by interest groups, non-government organizations and individuals be deemed illegal? As far as the status quo is concerned, the legal system of the country is silent on this aspect and is devoid of any regulations looking into this field.

Status Quo around lobbying in India

Unlike democracies like the USA and nations like the UK, Australia and others, there are no laws sanctioning the legitimacy of lobbying as a respectable profession in the country. However, by no means does this imply that the industry is not present in the world’s largest democracy. Since years, lobbying has been perceived as an instrument for industry organizations, corporations and pressure groups to have an engagement and dialogue with the government ahead of the announcement of the National Budget in every financial year.

Institutions like the Federation of Indian Chambers of Commerce and Industry (FICCI), the Associated Chambers of Commerce in India (ASSOCHAM) and the Confederation of Indian Industry (CII) have worked since decades to assist their members through influencing pivotal decisions and policy issues. These discussions do not take place in secretive places but in government offices where professionals try to convince the leaders for adopting a policy suggested by them and how it positively affects a larger group of people. This is also beneficial for the government as they get an idea about public sentiment through these lobbyists.

Another negative aspect of the absence of any regulatory mechanism around lobbying in India is that currently, several foreign and local firms operate as corporate lobbyists and are largely unchecked since there is no definitive scope in the law with regards to what constitutes lobbying. Thus, there is a clear absence of free and transparent procedural structure making lobbying an unethical practice in the country.

Controversies in India that brought lobbying to the limelight

There are several scandals that happened in India and got exposed, consequently presenting before the public a very negative image of lobbying. The most controversial amongst these were the Nira Radia tapes and Walmart lobbying cases.

From the controversies discussed above, it becomes clear that the general perception of Indians with regards to lobbying is not positive. However, lobbying as a whole cannot be deemed as immoral or unethical merely because of a lack of legal regulations in the country. So far, the only legislative effort put in was in the year 2015 by the introduction of a narrow ‘The Disclosure of Lobbying Activities Bill, 2015’ by Kalikesh Narayan Deo, a member of the Bharatiya Janata Party, which defined lobbying as a ‘communication with payment’, subtly equating it with bribery. Moreover, payments to public officials are equivalent to corruption under the Prevention of Corruption (Amendment) Act, 2018 and should thus never be legalised. To clear the air around these ambiguities, it is beneficial to have separate laws for lobbying in India as:

It can be conclusively inferred that India needs the legalisation of lobbying as soon as possible. Having details such as those of communication with policy and lawmakers and financial transactions undertaken in the process can give an impetus to public discourse and participation in the legislative procedure in the country. Being the world’s largest democracy, the country should recognise the impact that public disclosure lobbying has in furthering the forms of participative democracy and invigorating democratic ideals in citizens who, so far, are used to hearing about this term whenever a corruption scandal happens. 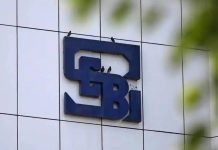