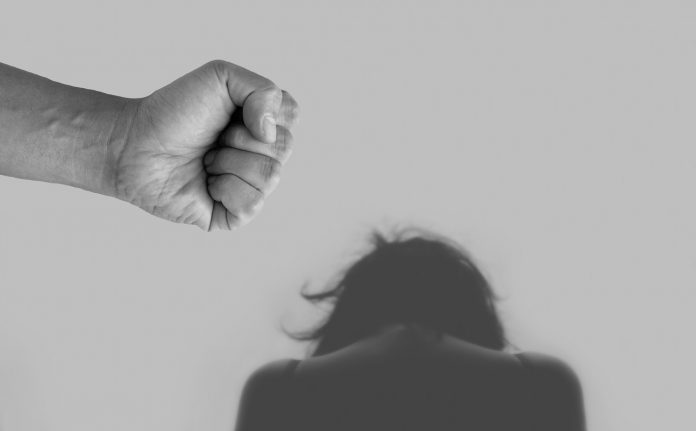 This article is written by Sarthak Kulshrestha, a BA.LLB student from Jagran Lakecity University, Bhopal. The article explains the nature and working of the sexual harassment committees constituted under the Sexual Harassment Act and everything about the Internal Complaints Committee (ICC).

This issue had been considered to be of great concern by the judiciary, and thereby it took some steps to reduce harassment cases and make the working environment more comfortable for women. Apart from the guidelines issued by the Supreme Court of India in this regard, which has been discussed further in this article, the government had introduced a law against sexual harassment, it is known as the Sexual Harassment of Women at Workplace (Prevention, Prohibition, and Redressal) Act, 2013, (POSH Act). Under this Act, there are provisions that call for a sexual harassment committee to be set up in every workplace so that there can be frequent reporting of the harassment cases. This article explains the functioning of those sexual harassment committees that work to assist aggrieved women and further elucidates some provisions of the POSH Act.

Origin of the law on sexual harassment

The position of laws for the protection of women against sexual harassment has been widely developed after the infamous Rajasthan gang-rape case. In this case, Bhanwari Devi of Rajasthan used to work as a rural agent towards the prevention of child marriages in her region. Once, she prevented a child marriage of a girl, and her work was criticised a lot and she faced a lot of resentment. The men of the community in which she prevented that marriage, harassed her. Bhanwari Devi complained about the same to the local authorities but no strict action was taken against the men. The apathy of the authorities led to the gang rape of Bhanwari Devi by the same men.

Based on the facts of the above case, a Public Interest Litigation (PIL) was filed by Vishaka and other women groups against the State of Rajasthan and Union of India before the Supreme Court. It proposed that sexual harassment be recognized as a violation of women’s fundamental right to equality and that all workplaces be made accountable and responsible to protect these rights of concerned women.

Therefore, in the landmark judgment of the Supreme Court of India, Vishaka & Ors. v. the State of Rajasthan (1997), the Court formulated some guidelines upholding the Constitutional spirit and accorded it with the UN Convention on the Elimination of All Forms of Discrimination against Women (CEDAW).

The Supreme Court defined sexual harassment as any unwelcome, sexually determined physical, verbal, or non-verbal conduct. For example, sexually suggestive remarks about women, demands for sexual favours, and sexually offensive visuals in the workplace. The definition was wide enough to cover those situations as well where a woman could be disadvantaged in her workplace due to threats relating to employment decisions that could create a negative impact on her working life. It placed responsibility on employers to ensure that women did not face a hostile environment. It directed for the establishment of a redressal mechanism in the form of Complaints Committee, which will look into the matters of sexual harassment of women at the workplace.

The Supreme Court raised the responsibility of the employers and workplace institutions to uphold the rights and dignity of women at the workplace. Three key obligations were imposed on institutions to meet that standard, namely:

In 2013, the Government of India notified the POSH Act, 2013. Consistent with the Vishaka judgment, the Act aspires to ensure women’s right to workplace equality, free from sexual harassment through the above-mentioned three elements.

The POSH Act, 2013 has the provision of establishing the committees to assist the aggrieved women or the victims of sexual harassment. Under Section 4 of the said Act, the employer of every organisation is ought to set up an Internal Complaints Committee (ICC). The purpose of this body would be to address the complaints of sexual harassment and assist the victims to protect their dignity at the workplace. Every institution or organisation needs to have an ICC mandatorily and non-constitution of ICC can attract a penal liability for the employer.

The POSH Act requires the employer to specify the term of office of the members of the ICC, which should not be more than three years from the date of their nomination.

Composition of the Internal Complaints Committee

The ICC is mainly composed of four members and the adequate representation of women in the committee is especially considered to form the committee. It comprises :

In Shobha Goswami v. the State of Uttar Pradesh and Others (2015), the Allahabad High Court pondered upon the seniority criteria to become eligible to Preside over the ICC. In this case, the respondent alleged that the Presiding officer was his subordinate and was not fulfilling the criteria of becoming the Chairperson of the ICC. But, the High Court rejected the argument and came with the interpretation that the Chairperson should be senior to the employee against whom the complaint of sexual harassment has been filed and held that the seniority of the Chairperson was valid in that particular case.

The POSH Act also contains the provision for the situation in which there is no senior-level female employee available to fulfil the criteria to chair the ICC. In that case, the employer is free to nominate any such female employee from any of its other offices or workplace, as provided under Section 4(2) of the said Act.

Section 2(5) of the POSH Act prescribes the rules and conditions to disqualify any of the members of the ICC committee. The grounds for the same are as follows:

Powers and responsibilities of the Internal Complaints Committee

The Internal Complaints Committee is vested with all the powers necessary to undertake the functions of prohibition, prevention, and redressal of sexual harassment of women at the workplace. According to the POSH Act, the ICC is –

There are certain responsibilities of the ICC to serve the objective of the POSH Act which are as follows:

After understanding the functioning of the ICC, let us see, how a complaint can be filed by the aggrieved woman against sexual harassment at the workplace. There is a linear complaint mechanism through which the complaints get filed and the ICC performs its functions, thereby required actions are taken.

Procedure for filing a complaint and conducting the enquiry 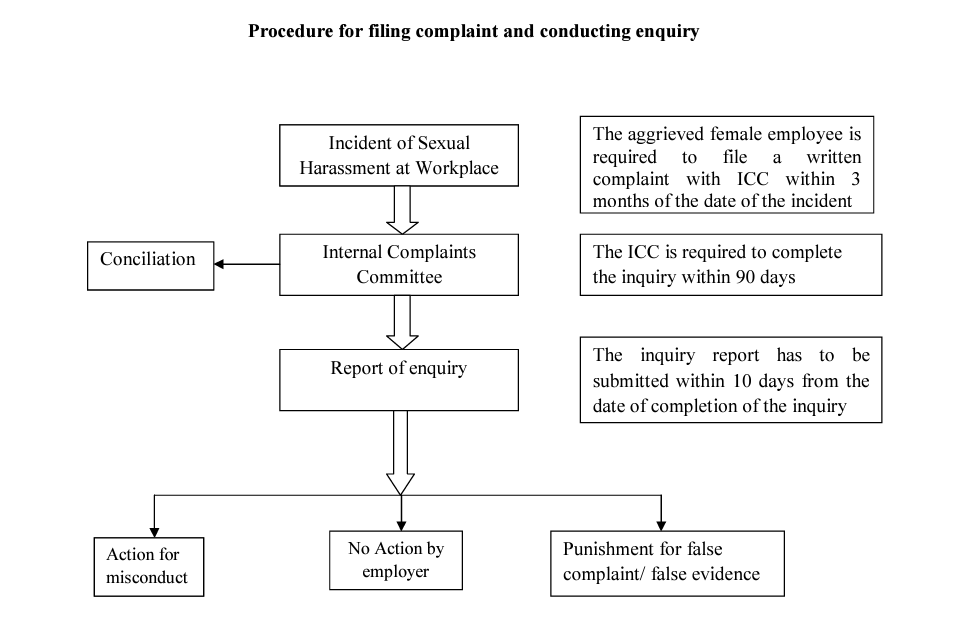 Generally, the inquiry must be initiated by the ICC as soon as the complaint has been filed and taken into notice by the committee. The ICC is also supposed to give a chance to the complainant and respondent to represent their case regarding the matter. Below is the procedure of inquiry on the case of sexual harassment:

During the procedure of the inquiry, the ICC may recommend the employer to provide some interim relief to the victim as per her request only. The committee can ask the employer to transfer her to some other workplace, or grant her leave for not more than 3 months, or to restrain the respondent from reporting on the performance of the complainant.

According to the POSH Act, every organisation with ten or more than ten employees should have compulsorily constituted the ICC. But what about the organisations where less than ten employees work? Or the unorganised sectors where there is no proper structure to file a complaint? These are also the workplaces where women work and they should also be protected from sexual harassment.

So, the POSH Act provides for the Local Complaints Committee (LCC) which is constituted under Section 6 of the said Act. According to this section, the LCC must be formed by the District Officer for the whole district. The District Officer must designate one nodal officer in every block, taluka, & tehsil in the rural or tribal area and ward or municipality in the urban area. The nodal officer so appointed would be bound to receive complaints and forward the same to the concerned LCC within seven days. The LCC would receive complaints of sexual harassment from the following:

Submission of an annual report

The issue of sexual harassment of women at the workplace has been very comprehensively addressed by the governmental authorities. The committees which the POSH Act has constituted are thorough. The functions of ICC and its powers make it possible to address the serious issue of sexual harassment comfortably. A limited time frame is also stipulated to carry out the inquiry procedure properly so that the problems could not last very long and the aggrieved individual can stop compromising with her fundamental rights. Both ICC and LCC aim to achieve the three objectives of the Act, i.e. Prohibition, Prevention and Redressal of the problem of sexual harassment and let the women work with dignity in a comfortable environment upholding the constitutional spirit.

Domestic violence helpline numbers, counselling and how to report cases