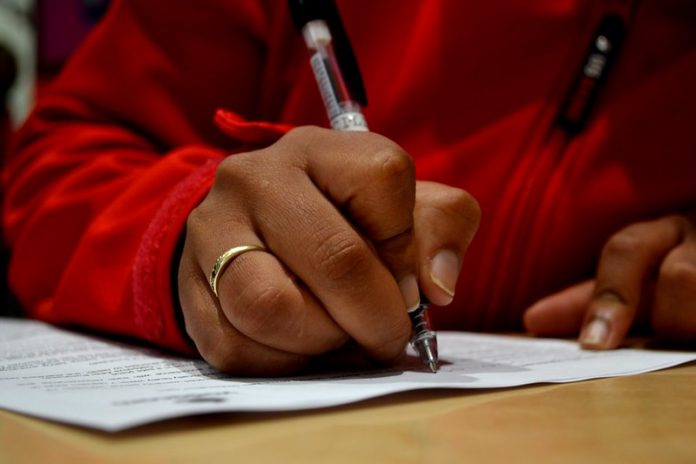 The article is written by Ansruta Debnath, a law student of National Law University Odisha. This article talks about the Marrakesh Agreement which was responsible for establishment of the World Trade Organisation.

On April 15, 1994, in Marrakesh, Morocco, after the Uruguay Round of Multilateral Trade Negotiations, the World Trade Organization Agreement also known as the Marrakesh Agreement was signed.

Historical background of the Marrakesh Agreement

General Agreement on Tariffs and Trade, hereinafter referred to as GATT 1947, was an agreement signed between 23 nations in 1947 in Geneva. It came into force on January 1st, 1948 and was primarily brought about to phase out imports of the import quota and reduce tariffs on merchandise trade.

GATT 1947 was the trade agreement that governed international trade from 1948 until a proper international organization for trade got established (World Trade Organization, 1995). Despite its many problems which ranged from the non-inclusivity of various nations to other institutional problems, GATT 1947 was able to conduct eight rounds of multilateral trade negotiations, the last one being the Uruguay Round (1986-1994) that led to the Marrakesh Agreement which in turn established the World Trade Organization.

The Marrakesh Agreement created a new General Agreement on Trade and Tariffs (present in Annexe 1A of the Agreement) which is referred to as GATT 1994.

Need for the Marrakesh Agreement

GATT 1947 was an agreement between certain countries but was not a binding treaty. Thus, its provisions applied to the extent of them being consistent with the country’s laws. The GATT was also signed between 23 nations and clearly, that implied that it was not inclusive at all. As more and more nations started participating in trade talks being organised through GATT, it was understood that GATT would serve better if it had an institutional organization to back it up better. Hence, during the Uruguay Rounds, the Marrakesh Agreement was signed that led to the establishment of an institutional organization, the WTO.

Discussion of the articles of the Marrakesh Agreement

The primary objectives of the Marrakesh Agreement can be understood by the first part of the agreement, which can be considered to fulfil the objectives of a standard preamble. It says that parties to the Agreement-

Article I: Establishment of the World Trade Organization

The World Trade Organization (WTO) was established to provide institutional frameworks for the conduct of trade interactions. Furthermore, the agreements in Annexes 1, 2, and 3 are “Multilateral Trade Agreements” and are binding on all current and future members of the WTO, while those in Annexe 4 are “Plurilateral Trade Agreements” and are only binding on members if they agree for them to be binding on their capacity.

The Ministerial Conference is the WTO’s highest decision-making body, bringing together all of the organization’s members. It meets every two years and has the authority to make decisions under any multilateral trade agreement.

Because the Conference only meets every two years, the General Council is in charge of the WTO’s day-to-day operations and any other interim concerns. It is made up of representatives from all WTO member countries. When appropriate, the General Council meets as the Trade Policy Review Body and the Dispute Settlement Body. Three bodies are functioning directly under the General Council-

Article V: Relations with Other Organizations

The General Council was tasked with putting in place suitable structures for effective cooperation with other intergovernmental organisations that have WTO-like requirements. The General Council was also given the authority to devise appropriate mechanisms for communication and cooperation with non-governmental organisations working on WTO problems.

The World Trade Organization’s Secretariat, which is now based in Geneva, is led by a Director-General who is appointed by the Ministerial Conference. Its tasks are stated as “exclusively international in character” in the Marrakesh Agreement, which means they report to and are accountable to only the WTO as a whole, and not to any individual country or member.

Article VIII: Status of the WTO

The World Trade Organization (WTO) is a legal entity that, along with its members, enjoys several immunities and privileges that are necessary for it to carry out its activities and functions properly. This article further states that the privileges and immunities granted should be identical to those established in the Convention on the Privileges and Immunities of Specialized Agencies, which was passed by the United Nations General Assembly on November 21, 1947.

All of the choices are made by consensus. When there is no consensus, decisions are made by a majority of the votes cast. Both the Ministerial Conference and the General Council follow this procedure. Each WTO member gets a single vote. In addition, the Ministerial Conference and General Council have sole authority to interpret this Agreement and the Multilateral Trade Agreements. They can utilise their authority to interpret a Multilateral Trade Agreement in Annexe 1 based on a recommendation by the Council monitoring the Agreement’s functioning. A three-fourths majority vote of the Members is required to accept an interpretation.

This article talks about the various ways and procedures through which amendment to the Marrakesh Agreement and the other agreements of the annexures can take place.

This article talks about all those who would be original members of the WTO. The contracting parties to GATT 1947, the European Communities which accept the Marrakesh and all the other agreements were considered to be the original members.

The Marrakesh Agreement and the addition of new members to the WTO are discussed in this article. Any State or separate customs territory having total autonomy over its external commercial relations and other areas covered by this Agreement and the Multilateral Trade Agreements may accede to this Agreement on terms agreed upon by it and the WTO. Such membership will have an impact on this Agreement as well as the Multilateral Trade Agreements that are linked to it. Decisions on accession are made by the Ministerial Conference. At the Ministerial Conference, a two-thirds majority of WTO members must ratify the conditions of entry agreement.

While the Marrakesh Agreement and other Multilateral Agreements apply to all the original members, it is important to note that they do not apply to the members who accede to it under Article XII if they do not consent to it before the accession takes place and the same is notified to the Ministerial Conference.

This article talks about the formal procedures to be undertaken on accession to the Marrakesh Agreement and the other ancillary agreements.

All members are allowed to withdraw from the Marrakesh Agreement and the other Multilateral Trade Agreements. The withdrawal takes effect after six months from when the notice of withdrawal is given to the Director-General of the WTO.

Other agreements within the Marrakesh Agreement

This annexe contains “Understanding on Rules and Procedures Governing the Settlement of Disputes”.

This annexe contains all the Plurilateral Trade Agreements. They are as follows:

Implications of the Marrakesh Agreement

WTO is a champion of free trade. While this has allowed for the growth of various multinational corporations and easy access to cheap goods throughout the world, it has negatively impacted the home-grown economies of various third-world countries. Through its campaign on free trade, many critics say that WTO has side-lined the needs of these countries because of lack of trade protection. Another WTO principle is the “most favoured nation” principle. This postulates that countries must trade without discrimination. While this has been beneficial in certain circumstances, in most cases, developing countries are prevented from favouring their own companies which might have helped in accelerating development. WTO also does not take adequate consideration of environmental concerns which is extremely concerning.

The Marrakesh Agreement was thus responsible for bridging the gap between the developed and developing nations by establishing the World Trade Organization. The WTO is one the most important international organizations in the world today and is responsible for regulating trade between almost 164 entities. The organization assumes more importance especially due to the creation of a globalized economy.