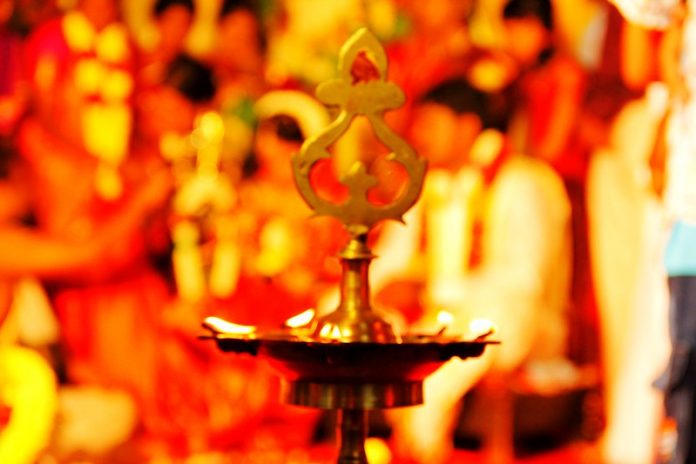 This article has been written by Oishika Banerji of Amity Law School, Kolkata. This article provides a detailed analysis of sapinda relationships.

Dharma was used to create traditional Hindu Law, which consisted of a collection of principles and norms. Dharma encompasses all aspects of one’s existence, including social, moral, legal, and religious rights and responsibilities. Marriage is viewed by Hindus as a permanent relationship intended for the execution of spiritual and religious responsibilities, hence particular rituals and ceremonies must be performed. These ideas evolved with the passage of time. The Hindu Marriage Act of 1955 brought about significant reforms in Hindu law. In Hindu law, this codified legislation explicitly spelled forth the requirements for marriage and divorce. Under the Hindu Marriage Act of 1955, one of the two basic elements of a legitimate Hindu marriage is a sapinda relationship and degrees of prohibited relationship.

According to Section 3 of the Act, the custom must be legal. It was held in the case of Harihar Prasad v. Balmiki Prasad (1974) that a valid custom must be established by clear and unambiguous evidence. It is only through such evidence that the courts can be assured of their existence, and they must meet the conditions of antiquity and certainty for legal recognition. Sapinda marriages are punishable under Section 18(b) of the Act of 1955 by simple imprisonment for up to one month, a fine of up to one thousand rupees, or both.

The rules that apply for determining a sapinda relationship are provided hereunder:

Two theories of sapinda relationship that were propounded in the ancient Hindu law were:

According to the Jimutavahana (oblation) theory, Pinda refers to the rice ball presented to departed ancestors during a sraddha ritual. As a result, sapindas connections are those that are linked by food oblations. Therefore, if one person presents Pindas to the other (e.g., a son and a father), or if both offer Pindas to a shared ancestor (e.g., brothers), or if both get Pindas from the same folks, they are sapindas (e.g. husband and wife for both will receive Pindas from their sons).

Pinda, according to Vijnaneswara’s (particles of the same body) hypothesis, means ‘body.’ Sapinda relationships are ones that are linked by the body. In other words, when two people share a common ancestor, they form a sapinda connection. “This may prove to be an overly broad phrase,” as Vijnaneswara had observed, since, in this beginningless Samsara, such a bond may exist in some manner or another amongst all individuals. As a result, according to the sage Yajnavalkya, “sapinda relationships terminate after the fifth on the mother’s side (in the mother’s line), and after the seventh on the father’s side (in the father’s line).” Not only does it relate to marriage, but it also applies to inheritance. Sapindas are divided into two types, namely, samangotrasapindas and bhinagotrasapindas. The former are agnates within seven degrees of the shared ancestor, whereas the latter are cognates within five degrees.

The following are the basic requirements to follow in a Hindu marriage, as stated in Section 5 of the Hindu Marriage Act of 1995:

When the Hindu Marriage Act, 1955 was enacted it set aside the Jimutavahana (oblation) theory and accepted the Vijnaneswara’s (particles of the same body) theory with some modification. Marriage between people who have a sapinda relationship is banned under Section 5(v) of the Act unless there is a custom that authorises it, as have been discussed previously. Under Section 18(b) of the Act, a violation of this provision would result in simple imprisonment of up to one month or a fine of Rs. 1000/-, or both.

In the case of Arun Laxmanrao Navalkar v. Meena Arun Navalkar (2006), the Bombay High Court had observed that Section 5(v) of the Hindu Marriage Act, 1955 does not only declare that the marriage of the persons in a sapinda relationship is null and invalid but also specifies that it is only valid if there is a custom to the contrary. Because of this phraseology, the learned single Judge has held that the party proposing such a relationship must not only show such a relationship but also show that there was no custom to the contrary because the said subsection only prohibits the marriage if such a custom does not exist within the community. If the subsection is viewed this way, the onus may only be discharged by stating the negative reality that no such custom exists within the parties’ community.

In the aforementioned case, the parties to a marriage in question were from a common ancestor, one Moroba who had one son Laxman and one daughter Champubai. The husband is the son of Laxman and the wife is the daughter of Champubai’s son. Upon this admitted relationship the husband claimed that he and his wife were sapindas of one another, although the wife was of the opinion that they were not. Going by the reasoning provided above, it can be said that the party asserting the existence of such a custom must demonstrate it with concrete examples. In fact, during the trial, the wife sought to demonstrate as many as nine examples of couples in their community who are said to be in a sapinda relationship to discharge such onus. But the custom propounded by her cannot be taken to have the attribute of either continuity or longevity, since the lapse of time of years between the marriages of these parties was not shown. Thus the claim that the custom had been carried on for a long time was likewise declared unproven. The marriage between the parties was therefore declared null and void by the Hon’ble High Court.

According to Section 3(f)(i) of the Act, a sapinda relationship extends to the third generation (inclusive of the third generation) in the line of descent through the mother and the fifth generation (inclusive of the fifth generation) in the line of descent through the father with respect to any person. The line must always be traced upwards from the individual in question when assessing the sapinda connection, and this person must be counted as the first generation. This covers full blood, half-blood, and uterine blood relationships, as well as legal and illegitimate blood relationships, as well as blood relationships formed via adoption. If two people have a common ancestor, they are sapinda to that ancestor, and they are sapinda of each other.

In Hindu marriage, there are some ties that cannot be solemnised, these types of partnerships are known as degrees of forbidden relationships. The major goal of this law is to avoid incestuous marriages, which are weddings between persons who are related in a prohibited way, such as brothers and sisters, children and grandchildren, and so on. To put it another way, if two people are involved in this type of relationship, their marriage will never take place. This is because the Dharmashastra regarded sex relationships with one’s mother, sister, daughter, or son’s wife as the ultimate sin, referred to as Mahapataka. It’s worth noting that, while the Hindu Marriage Act, 1955 deals separately with the issues of prohibited degrees of relationship and sapinda relationship, the two bans may overlap in some situations.

It was decided in Balusami Reddiar v. Balakrishna Reddiar (1956) that the tradition could not be contrary to public policy or morals. Further, the Punjab and Haryana High Court decided in Shakuntala Devi v. Amar Nath (1982) that two people can marry within the prohibited relationship if there is proof of established tradition, which must be very old and beyond human memory.

Who comes under the degrees of Prohibited Relationship

2.  For a woman her prohibited degree of relations are :

Persons in prohibited relationships according to Section 3(g) of the Hindu Marriage Act, 1955 are:

If a marriage falls into one of the prohibited relationship degrees, it is void by Section 11 of the Act and punishable by simple imprisonment for up to one month, a fine, or both under Section 18(b) of the same Act. In Kamani Devi v. Kameshwar Singh (1945), it was held that even if the marriage was unlawful because it was within the prohibited degree, the wife’s maintenance duty would continue.

These provisions of the Act of 1955 have a long history. To undo a long legacy of the history of custom and tradition sought to be sanctified by religion, it became necessary for the law to define ‘prohibited degrees’, that intra gotra marriages should not be permitted. The land was a key asset of the top castes and classes in agrarian cultures, and marriage was a patrilocal institution, as it is still today. The restriction on intra gotra marriages effectively meant that a daughter was estranged from her natal family and had effectively lost her status as a member of the natal family. Daughters were not members of the coparcenary in any case and had no claim to family property, let alone landed property. The belief that daughters are “parya dhan” strengthens this. Stridhan, in the form of jewellery made at the time of marriage and handed to the daughter, was intended to pay off all of her debts at the time of marriage. Currently, things are changing and perception surrounding the institution of marriage is being subjected to progressive evolution.

As we come to the conclusion of this article, with regards to the sapinda relationship, the following points should be considered:

Bars to matrimonial relief in India