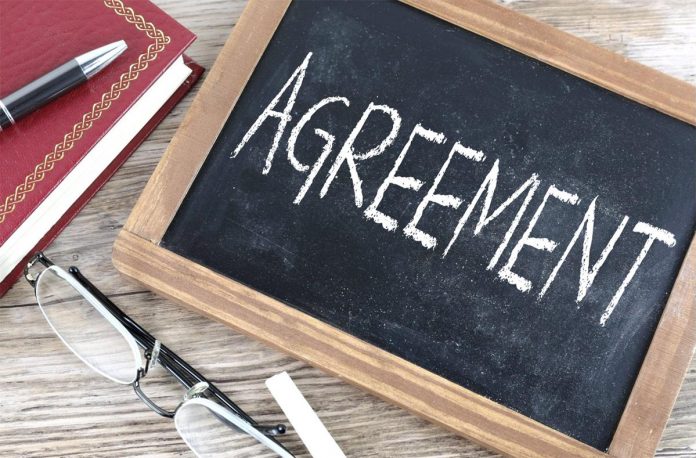 With the onset of the COVID-19 pandemic, the whole world came to a temporary standstill and the post-pandemic world is still trying to adjust to the new normal which is marked by economic uncertainty. In such circumstances, companies must give serious thought to incorporating standstill agreements in their business practices.

What is a standstill agreement

As mentioned above, a standstill agreement is an agreement that restricts a party from doing something or from taking an action for a certain period. It requires the party(ies) to ‘stand still’ about a particular matter. However, this might mean a bunch of different things, depending upon the context and purpose:-

Example of a standstill agreement

Elements of a standstill agreement

A standstill agreement may include two or more parties. The names and the details of the parties who have agreed to the contract must be mentioned.

A standstill agreement must mention the date on which it takes effect and the date of its termination.

This constitutes the longest part of the agreement and includes all the important clauses, conditions that bind the parties, and also sets out the expectations and requirements of the parties involved.

When does the standstill agreement end? This is a crucial question as the further course of action to be taken by parties depends on it. The agreement should clearly mention the mode or ways or the event or circumstance on the happening of which the standstill agreement will come to an end. This might be on completion of a certain duration, on a certain date, or on failure by a party to fulfil obligations agreed upon.

The parties to the standstill agreement should affix their signature thereupon. This adds to the validity of the document.

Standstill agreement in context of restructuring

Typical features of a standstill agreement

It is pertinent to note that the standstill agreement merely suspends or temporarily freezes a commercial relationship or the agreed parts of it (merely suspends the doing of something). It does not and cannot mean the release of obligations.

Form of a standstill agreement

A standstill agreement does not usually suspend the relationship in its entirety. It is flexible in form, meaning that the parties are free to negotiate and draft their own terms. Parties may agree that certain obligations or services shall continue. For example, the debtor company shall make partial payments to the creditor or that the creditor will continue to provide services. It is an important principle that no creditor should receive new security or repayment of his loan without the agreement of other creditors.

Advantages of entering into a standstill agreement

Advantages for the company

A standstill agreement offers advantages both for creditors and the debtor company. Based on the available financial information, if the directors can reasonably conclude that a standstill agreement would allow the business to continue and resolve the cash flow problem or that it would give some time and space to implement a formal restructuring, then the benefit to the company from entering into a standstill agreement is that it will be protected from the immediate threat of creditor action (especially winding up). In this way, the company can even avoid any damage that might have been caused to its reputation due to the insolvency petition of creditors.

Advantages for the creditor

For creditors, entering into a standstill agreement is beneficial as it usually permits the disclosure of relevant information which would not have been otherwise available to them in the ordinary course of business. The approach in a standstill agreement is consensual and therefore, the creditors have some control over the situation. They can make an informed decision regarding the company’s prospects for restructuring based on the information provided to them. Also, this is comparatively a more convenient course for the creditors compared to invoking collective winding up proceedings, wherein they end up losing control over the process to the court along with incurring costs, time delay, etc.

A standstill agreement operates to ‘stop the clock’ on the running period of limitation and prevents the party from initiating proceedings during the course of that agreement. It is a voluntary contractual arrangement made between the parties to pause the limitation period for an agreed length of time, usually 3 to 6 months.

It must be noted that in the Indian context, the question as to whether the parties can agree to give up or extend or suspend the period of limitation has never been dealt with in detail. However, at the same time it has to be remembered that as per international practice, standstill agreements are routinely enforceable in the commercial world.

Why should you enter into a standstill agreement

Things to consider while entering into a standstill agreement

Parties to a standstill agreement

Sometimes, it may be difficult to say with certainty as to who should be the proper parties to a standstill agreement. Sometimes, there might be talks going on about a merger or there might be a chance that a party could become insolvent. So, if in case a party becomes insolvent, would the claim be against liquidators or in the name of liquidators, and have they been included? These all are relevant considerations that need to be carefully evaluated and effort should be made to bring all the prospective parties within the scope of the agreement and their names and details must be correctly mentioned. Any loopholes might lead to invalidity of the agreement and the limitation period will not stop which will ultimately benefit the defendant.

The standstill agreement should set out the cause of action of the potential claim. If the cause of action is not yet clear, then it is pertinent that the agreement covers all the prospective causes of action. The subject of claim or dispute should be clearly defined in broad terms, so as to capture any claim, or all claims directly or indirectly arising out of or in any way connected with the matters referred to (or involving the parties).

Whether the agreement suspends or extends the time

What if there are multiple defendants

In case there are multiple defendants, the claimant should think about entering into similar standstill agreements with all of them.

Application or usage of standstill agreements

Sample of a standstill agreement

This Standstill Agreement (this “Agreement”) is made and entered into as of (Date,Year) between ABC Pvt. Ltd. (the “Company”), XYZ Company, PQR Management and RM, XYZ Co. and PQR Management are collectively hereinafter referred to as the “Stockholder”). The Company and the Stockholder are referred to herein as the “Parties.”

WHEREAS, the Stockholder has filed a Schedule 13G, as amended, under the Securities Exchange Act of 1934, as amended (the “Exchange Act”), with the Securities and Exchange Commission indicating the Stockholder’s Beneficial Ownership (as defined below) of 4,281,610 shares of common stock of the Company, par value $0.001 per share (the “Common Stock”), and subsequently acquired 106,800, giving it Beneficial Ownership of a total of 4,388,410 shares of Common Stock representing approximately 9.7% of the total outstanding Common Shares (as defined below) as of the date hereof;

WHEREAS, the Stockholder has stated to the Company that the Stockholder is obligated to purchase an additional 3,730,000 shares of Common Stock (the “Additional Shares”) pursuant to put options it entered into if those put options are exercised on January 14, 2009, thereby increasing the Stockholder’s total Beneficial Ownership interest up to seventeen point ninety-five percent (17.95%) of the total outstanding Common Shares;

WHEREAS, the Company is a party to that certain rights agreement, dated as of July 30, 2004, by and between the Company and U.S. Stock Transfer Corporation (the “Rights Plan”) that is triggered in the event any one person or group acquires a Beneficial Ownership interest of fifteen percent (15%) or more of the then outstanding Common Shares (subject to certain exceptions as set forth in the Rights Plan);

WHEREAS, the Stockholder has asked the Company to amend the Rights Plan to allow it to purchase the Additional Shares without triggering the Rights Plan; and

WHEREAS, the Company is willing to amend the Rights Plan but only if the Stockholder agrees to enter into this Agreement.

NOW, THEREFORE, in consideration of the mutual agreements and understandings set forth herein, the Parties hereto hereby agree as follows:

(Define terms such as Affiliate, Agreement, Beneficial owner, common shares, company acquisition transaction and other terms relevant to your agreement)

2.4 Sales of Shares of Common Stock.

IN WITNESS WHEREOF, the parties hereto have caused this Agreement to be duly executed by their respective authorized officers as of the date first written above.

(Signature and details of parties)

A standstill agreement may allow one party to lessen concerns held by another party by promising to avoid potential actions they could otherwise take. A standstill agreement drafted in haste might have severe consequences for the parties involved, for example, the agreement will be declared invalid if it covers the wrong claim or terms are not clear, etc. Hence, it is important that the agreement is drafted carefully in accordance with the intention of the parties and effort should be made to cover and clarify all the prospective issues that might lead to any confusion later on.