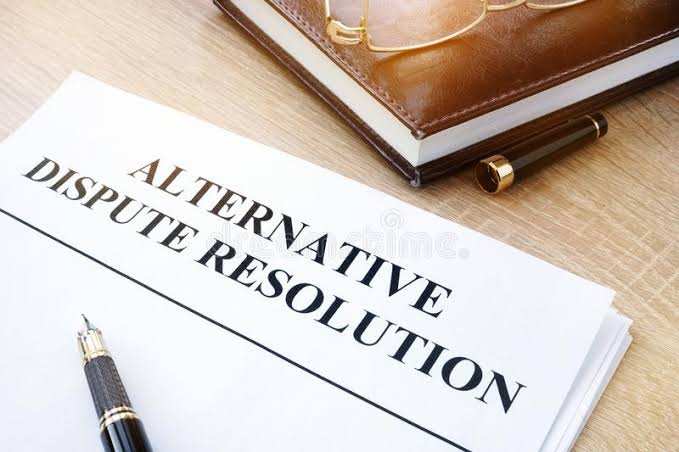 Before the Arbitration and Conciliation Act, 1996 the arbitral tribunals had no power to decide the validity of the arbitration agreement or the jurisdiction of the arbitral tribunal and the adjudication was as per the court’s decisions. This was because, the above-said issues, being the core of the arbitration proceedings, could not be risked and the ultimate hand was for the courts. This was against the very aim for establishment of ADR, i.e. minimal judicial intervention. But then, in the English law, they had already recognized and settled the power of the tribunal to rule on its own jurisdiction by the landmark decision by Devlin, J., in Genossenschaft Osterrchischer Walldibesitzer Holzwirtschaftsbertriebe registrierte Genossenschaft Mit Beschrankter Haftung. Therein, it was laid that the arbitral tribunal was empowered to inquire into the merits of the issue whether they have jurisdiction or not, majorly for satisfying themselves as a preliminary matter on  whether they need to continue the proceedings or not. It was also ruled then that the same wasn’t for reaching any conclusion which may be binding upon the parties, as they couldn’t do so. But it was then that the UNCITRAL Model Law of 1985 changed the face of the story. The adoption of national arbitration laws were then majorly based on the Model Law.

What is the principle of kompetenz-kompetenz?

Kompetenz-kompetenz is the jurisdictional principle to empower an adjudicating body to exercise on the issues on its own jurisdiction submitted before it, i.e., it can decide on the pleas challenging its own jurisdiction submitted before it. In Olympus Supertructures Pvt. Ltd. v. Meena Vijay Khetan & Ors, it was ruled that the arbitral tribunal has the power to decide upon matters of its own jurisdiction as per Section 16(1) of the Arbitration and Conciliation Act, 1996. The major aim behind the establishment of the arbitration mechanism was to reduce the burden on courts and settle disputes without court intervention. Section 16 of the Arbitration and Conciliation Act, 1996, i.e., jurisdiction of an arbitral tribunal, acts as the backbone for the Act. This article is intended to discuss an important aspect of jurisdiction of the tribunal- the Principle of Kompetenz-Kompetenz.

Competence of arbitral tribunal to rule on its own jurisdiction

“Competence of arbitral tribunal to rule on its jurisdiction.—

a) The arbitral tribunal may rule on its own jurisdiction, including ruling on any objections with respect to the existence or validity of the arbitration agreement, and for that purpose,—

b)   a decision by the arbitral tribunal that the contract is null and void shall not entail ipso jure the invalidity of the arbitration clause.”

As under Section 16 of the Arbitration and Conciliation Act, 1996 the arbitral tribunal has been granted the power to rule on the objections raised by either of the parties on the existence/validity of the arbitration clause/agreement. This competence of the tribunal to rule on its own competence gave rise to the Principle of Kompetenz- Kompetenz or the Principle of Competence.

Major aspects of principle of kompetenz-kompetenz

The 3 major aspects of the principle of competence are as follows:

The Supreme Court in the recent N.N. Global Mercantile Pvt. Ltd. V. M/S Indo Unique Flame Ltd. ruled that the doctrine of kompetenz-kompetenz implies that the arbitral tribunal has the competence to determine and rule on its own jurisdiction, including objections with respect to the existence, validity, and scope of the arbitration agreement, in the first instance. The same can be subjected to judicial scrutiny by the courts at a later stage of the proceedings, if required. The doctrine is based on the premise that the arbitration agreement is separate and independent from the substantive underlying contract in which it is embedded. Equally, an arbitration agreement exists and can be acted upon irrespective of whether the main substantive contract is valid or not.

If the party is aggrieved with the decisions of tribunal

The Arbitration and Conciliation Act, 1996 does not provide for rendering a preliminary award on jurisdiction. However, Section 16 of the Act states that if the tribunal rejects the plea of either of the parties in its jurisdiction, they can continue with the arbitral proceedings and make an arbitral award.

The High Court of Delhi, in Union of India v. M/s. East Coast Boat Builders & Engineers Ltd., stated that no appeal is provided against the decisions by the tribunal to reject the plea that the arbitral tribunal has no jurisdiction (Section 16(5)). The tribunal would then continue with the proceedings and issue the award without any delay and without interference by supervisory courts. The only remedy left to the aggrieved party is to file an application for setting aside such an arbitral award which too can be filed only after the issuance of final award under Section 34 (Nav Sansad Vihar Coop. Group Housing Society Ltd. (Regd.) v. Ram Sharma and Associates).

But, on the other hand, the decision of the tribunal to accept the pleas against its jurisdiction under Section 16(2) and Section 16(3) by either of the parties is appealable as under Section 37(2) (Pharmaceutical Products of India Ltd. v. Tata Finance Ltd).

These provisions clearly indicate the intention of the creators i.e., if parties were allowed to challenge the decisions/jurisdiction of the tribunal before the courts in a very early stage, it would turn against the reason for the existence of the process of ADR. The legislative intent of these sections seems to be to prevent undue delay and provide for as little interference by the courts as possible.

Section 5 of the Arbitration and Conciliation Act intends to limit the judicial intervention. As per the same, no judicial authority can intervene in the process of arbitration unless specified in the Act, thus upholding the principle of Kompetenz- Kompetenz. But, as always this principle too, is not absolute. Several interpretations of the Court time and again have resulted in the watering down of the powers of Section 16. SBP & Co. v. Patel Engineering Ltd. is one amongst them.

Section 11(4), 11(5) and 11(6) of the Arbitration and Conciliation Act provides for court intervention during appointment of arbitrators. As per the provisions, the appointment of the arbitrators can be done by the courts (Supreme Court/respective High Court/any person or institution assigned by the court, as per the respective cases) in the following situations (upon request of the party):

Note: The courts while considering applications under Sections 11(4), 11(5) or 11(6) are confined to the examination of the existence of the arbitration agreement.

After the adoption of UNCITRAL Model Law in 1985, many countries, including India, sought to prepare new laws taking into consideration the Model Law, but after inserting the changes as needed by the respective countries. The Indian Arbitration too has been majorly influenced by the UNCITRAL Rules.

Article 16 of the Model Law says that the tribunal can rule on its own jurisdiction regarding the objection raised by either of the parties on the existence or validity of the arbitration agreement. For this purpose, the main contract would be considered as separate from the arbitration agreement/clause (Doctrine of Separability). Such a plea will be considered as a preliminary question or in an award in merits.

Based on the recommendations of the Law Commission in the 246th Report,[7] Section 11 was substantially amended by the 2015 Amendment Act, to reduce the judicial intervention while appointing an arbitrator by non-obstante sub-section, and to reinforce the “Kompetenz- kompetenz”,principle enshrined under Section 16 of the Act.

Sub-section (6-A) as inserted under the 2015 Amendment reads as under:

“(6-A) The Supreme Court or, as the case may be, the High Court, while considering any application under sub-section (4) or sub-section (5) or sub-section (6), shall, notwithstanding any judgment, decree or order of any court, confine to the examination of the existence of arbitration agreement.” (emphasis supplied)

As per sub-section (6-A), the power of the Court had been restricted only to the examination of the existence of an arbitration agreement. Earlier, the Courts had been given the power to examine other aspects as well i.e. limitation, whether the claims were referable for arbitration etc. However, the 2015 Amendment achieved in giving power to the arbitral tribunal to decide other preliminary issues if at all raised.

By virtue of the non-obstante clause incorporated in Section 11(6-A) previous judgments passed by the Supreme Court in SBP & Co. vs. Patel Engineering Ltd. (supra) and in National Insurance Co. Ltd. vs. Boghara Polyfab (P.) Ltd. (supra) were essentially overruled and/or no longer relevant.

1. SBP & Co. v. Patel Engineering– The Supreme Court extended its power over the appointment of arbitrators by ruling that if an application under Section 11 is submitted, the court would have to look into the following questions

2. Booz Allen and Hamilton Inc. v. SBI Home Finance Ltd– The Supreme Court ruled that the courts cannot decide on the arbitrability of disputes in a Section 11 application. [Reversal of Patel Engineering]

3.     M/s Duro Felguera v. M/s Gangavaram Port Ltd– Applied Section 11 (6A) strictly- only looked into the existence of the agreement.

4.     United India Insurance v. Antique Art Exports– Appointment of arbitrators under Section 11 is a judicial power, and the court can decide on issues not limited to existence of the arbitration agreement.

5.     M/s Uttarakhand Purv Sainik Kalyan Nigam Ltd. v. Northern Coal Field- The Supreme Court held that only the arbitral tribunal can decide as to whether a matter can be heard or not. Court can intervene if the arbitration agreement is not in writing or if it is obtained by fraud or misrepresentation.

Negative effect of the principle

Just like a coin has two sides, the principle of competence has two faces as well. In Chloro Controls(I) P. Ltd v. Severn Trent Water Purification, the Supreme Court remarked on the negative effects of the principle. As of them, the tribunal rules out the courts from their jurisdiction. The actual negative effect lies where the national courts aren’t allowed to review the decisions of the tribunal on the pleas challenging its jurisdiction. In other words, the situation is against the very basic notion in law- nemo judex in causa sua (No one can be a judge in his own cause). It deprives the higher authorities to issue a final pronouncement on the question of jurisdiction in the pre-award stages.

In my opinion, the Principle of Kompetenz-Kompetenz is one of the best ways to ace the system of Alternate Dispute Resolution, ensuring that the parties involved do not immerse themselves into frivolous submissions and delay the process.