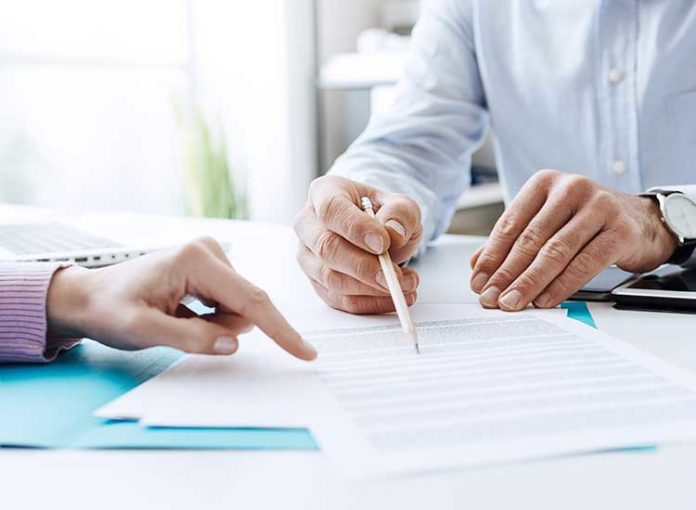 This article has been written by Oishika Banerji of Amity Law School, Kolkata. This article provides a detailed analysis of the General Agreement on Tariffs and Trade (GATT) which was a legal arrangement designed for lowering trade barriers by eliminating or reducing quotas, tariffs, and subsidies while keeping significant limitations in place.

The General Agreement on Tariffs and Trade (GATT), which was signed on October 30, 1947, by 23 nations, was a legal agreement that aimed to reduce trade barriers by abolishing or decreasing quotas, tariffs, and subsidies while retaining considerable restrictions. The GATT was created to help the world economy recover after World War II by rebuilding and liberalising global commerce. On January 1, 1948, the GATT came into effect. It has been developed since then, culminating in the founding of the World Trade Organization (WTO) on January 1, 1995, which integrated and expanded it. By this time, 125 countries had signed on to its accords, which covered almost 90% of world commerce. The GATT is overseen by the Council for Trade in Goods (Goods Council), which is made up of representatives from all WTO member nations. Market access, agriculture, subsidies, and anti-dumping measures are among the topics addressed by the council’s ten committees. This article helps the readers understand GATT in a better way.

General Agreement on Tariffs and Trade : an understanding

The GATT was established to set out regulations to eliminate or limit the most costly and inefficient characteristics of the pre-war protectionist period, notably quantitative trade barriers like trade restrictions and quotas. The agreement also established a mechanism for resolving international commercial disputes, as well as a framework for multilateral tariff reduction discussions. In the post-war years, the GATT was seen as a great success. Trade without discrimination was one of the GATT’s major accomplishments. Every GATT signatory was to be treated on an equal footing with the others.

The ‘most-favoured-nation’ concept, as it is known, has been carried over into the WTO. As a result, once a nation had negotiated a tariff reduction with a few other countries (generally its most significant trade partners), the same reduction would be applied to all GATT members. There were escape provisions in place, allowing nations to negotiate exclusions if tariff reduction would disproportionately hurt domestic producers. When it came to determining tariffs, most countries used the most-favoured-nation approach, which virtually supplanted quotas. Other broad requirements were consistent customs laws and each signatory nation’s commitment to negotiate tariff reductions upon another’s request. Contracting nations might change agreements if their local producers incurred disproportionate losses as a result of trade concessions, according to an escape clause.

History behind the General Agreement on Tariffs and Trade

The GATT’s main focus was on resolving individual trade concerns affecting specific commodities or trading states, although large multilateral trade conferences were conducted on a regular basis to hammer out tariff reductions and other issues. From 1947 to 1993, seven such “rounds” were held, beginning with those in Geneva in 1947 (concurrent with the signing of the general agreement), Annecy, France, in 1949, Torquay, England, in 1951, and Geneva in 1956 and again in 1960–62. The Kennedy Round (1964–67), the Tokyo Round (1973–79), and the Uruguay Round (1986–94) were the most important rounds, all held in Geneva. These agreements were successful in lowering average tariffs on industrial goods throughout the world from 40% of their market value in 1947 to less than 5% in 1993.

The Uruguay Round was the most comprehensive collection of trade liberalization accords ever negotiated by the GATT. At the end of the round, a global trade deal was signed that dropped tariffs on industrial products by an average of 40%, decreased agricultural subsidies, and contained ground-breaking new accords on services trade. The agreement also established the World Trade Organization (WTO) as a new and stronger global organization tasked with monitoring and regulating international trade. With the completion of the Uruguay Round on April 15, 1994, GATT ceased to function. The WTO established its principles and the numerous trade agreements achieved under its auspices.

The 550-page “Final Act Embodying the Results of the Uruguay Round of Multilateral Trade Discussions,” signed by ministers in Marrakesh on April 15, 1994, comprised of legal provisions outlining the results of the negotiations since the Round began in Punta del Este, Uruguay, in September 1986. The Final Act also included texts of ministerial decisions and declarations that explained important terms of the agreements. With two notable exceptions, the final act covered all of the bargaining topics mentioned in the Punta del Este Declaration. The first was the outcome of “market access discussions,” in which individual nations had made legally enforceable pledges to decrease or abolish certain tariffs and non-tariff trade obstacles. National schedules, which were an important element of the Final Act, were used to record these concessions. The second was the “first pledges” on service trade liberalisation. These liberalisation pledges were also included in national schedules.

The outcomes of market access talks in which countries agreed to abolish or lower tariff rates and non-tariff barriers to goods trade are documented in national schedules of concessions appended to the Uruguay Round Protocol, which is an important element of the Final Act. On the day that the Agreement establishing the WTO entered into effect for a Member, the schedule appended to the Protocol dealing with that member became a Schedule to the GATT 1994 relating to that member. The Protocol has five appendices:

Except as otherwise indicated in a Member’s Schedule, the tariff reduction agreed upon by each member for non-agricultural items shall be implemented in five equal rate reductions. The first such decrease will take effect on the day the World Trade Organization (WTO) Agreement enters into force. Each succeeding decrease will take effect on January 1 of the following year, with the final rate taking effect no later than four years after the WTO Agreement enters into force. Participants may, however, implement a reduction in fewer phases or at earlier dates than those specified in the Protocol.

The staging of reductions for agricultural goods, as stipulated in Article 2 of the Agreement on Agriculture, was to be carried out as was indicated in the relevant portions of the schedules. A related decision on Least-Developed Country measures specified, among other things, that these countries would not be obliged to make any obligations or concessions that are incompatible with their unique development, financial, and trade needs. It also permitted them to complete their schedules of concessions and promises under Market Access and Services by April 1995 rather than 15 December 1993, in addition to other more specific provisions for flexible and favourable treatment.

The World Trade Organization (WTO) accord asks for a unified institutional framework that includes the GATT, as amended by the Uruguay Round, all agreements negotiated under its auspices, and the Uruguay Round’s entire outcomes. A ministerial conference meets at least once every two years to lead the organization. On a regular basis, a General Council monitors the agreement’s operation and ministerial decisions. This General Council serves as a Dispute Settlement Body and a Trade Policy Review Mechanism and has developed subsidiary bodies such as a Goods Council, a Services Council, and a TRIPs Council to deal with the complete spectrum of trade concerns covered by the WTO.

Agreement on Sanitary and Phytosanitary Measures

Agreement on Textiles and Clothing

Agreement on Technical Barriers to Trade

The Customs Valuation Decision would allow customs administrations the power to ask importers for more information if they have grounds to dispute the claimed worth of imported goods. If the administration retains a reasonable doubt, notwithstanding any further information, it may be found that the customs value of the imported products cannot be established on the basis of the reported value, and customs must calculate the value in accordance with the Agreement’s terms. In addition, two supplementary texts explain specific sections of the Agreement that affect developing nations, such as minimum values and imports by sole agents, sole distributors, and sole concessionaires.

Agreement on Rules of Origin

Agreement on Subsidies and Countervailing Measures

Subsidies that are “actionable” fall under the second group. The agreement states that no member should use subsidies to harm the interests of other signatories, such as injury to another signatory’s domestic industry, nullification or impairment of benefits accruing directly or indirectly to other signatories under the General Agreement (particularly the benefits of bound tariff concessions), and serious prejudice to another member’s interests.

Non-actionable subsidies fall into the third category, which can be either non-specific or specific, such as assistance for industrial research and pre-competitive development, assistance to disadvantaged regions, or certain types of assistance for adapting existing facilities to new environmental requirements imposed by law and/or regulations.

General Agreement on Trade in Services

In terms of geographical indications, the agreement stipulates that all parties shall provide methods to prohibit the use of any indicator that misleads consumers about the origin of goods, as well as any usage that would be considered unfair competition.

For a period of ten years, industrial designs are also protected under the agreement. Owners of protected designs would be allowed to restrict goods bearing or embodying a design that is a duplicate of the protected design from being manufactured, sold, or imported.

There is a universal responsibility to follow the substantive provisions of the Paris Convention (1967) when it comes to patents. Furthermore, the agreement mandates that all inventions, whether goods or processes, in practically all disciplines of technology be granted 20-year patent protection. The agreement requires parties to guarantee protection for layout designs of integrated circuits based on the Washington Treaty on Intellectual Property in Respect of Integrated Circuits, which was opened for signing in May 1989.

Commercially valuable trade secrets must be safeguarded from breaches of confidence and other unethical business activities.

Understanding Rules and Procedures Governing the Settlement of Disputes

Difference between GATT and WTO

The most significant list of differences between GATT and WTO have been discussed hereunder:

After World War II, the fundamental goal of implementing GATT was to enhance global cross-country commerce in order to strengthen economic stability. It is the bedrock of the World Trade Organization (WTO), which established unrestricted trade between States while maintaining some barriers for the benefit of everyone.