This article is written by Souradh C. Valson from Government law College, Thiruvananthapuram, and it discusses the functions, working, and appointment of members to the Central Board of Film Certification (CBFC).

Censorship is the process of restricting public expression of views, and ideologies because they may undermine the morality and integrity of society. It is the most important tool for the government to control the media. Censorship is necessary because society may not view the content in the same way as a director or a producer, and will influence each individual differently. By censoring the insensitive and controversial parts the Board ensures that films don’t encroach on the limits of morality or incite any group/groups of citizens.

Appointment of the members of CBFC

The Central Board of Film Certification or popularly known as the censor board regulates the public exhibition of films in India. All films should get the certification from CBFC to publicly exhibit. The Cinematograph Act, 1952, (hereinafter referred to as Act) is the law governing the appointment of members, composition, and functions of CBFC and, it is a part of India’s Ministry of information and Broadcasting. The CBFC has one chairperson and other members (not less than 12 but not exceeding 25) who are appointed by the Central Government as under Section 3 of the Act.

How long does it take to certify a film?

The process of film certification is lengthy and may take the CBFC up to 68 days. Firstly, the CBFC scrutinizes every application, which may take a week. Secondly, the examining committee takes 15 days and the chairman takes 10 days to review the film. Finally, the applicant is informed about the necessary cuts, CBFC overlooks the process and grants the certificate which may take another 36 days.

There are four categories of films based on their content. The classification is based on Section 5A and under the Cinematograph (Certification) Rules, 1983.

The board shall occasionally conduct seminars of film critics, writers, and people connected with the industry along with national surveys to determine the public reaction for making guidelines for certifying the films.

Objectives of the film certification

How does the censor board of India operate

CBFC has a chairman and other members appointed by the Central Government. The Cinematograph Act does not mention the qualifications of the members or the chairman. The members shall hold office during the pleasure of the Central Government and the chairman shall have a tenure of 3 years and continues until the appointment of his successor. The present chairman is Prasoon Joshi.

CBFC has nine regional offices located in Bangalore, Kolkata, Chennai, Cuttack, Guwahati, Hyderabad, Mumbai, New Delhi, and Thiruvananthapuram. Each office is under the supervision of a regional officer. The location of the registered office of the producer is the place of production of the film.

Every regional office has an advisory panel constituted under Section 5. To represent the interests of society, the panel members consist of people from all walks of life. After consultation with the board, the Central Government appoints the member. However, the Act does not prescribe any qualifications and procedures. The members have a tenure of 2 years. The selection of members to the Examining Committee, Revising Committee, and Re-revising Committee is from the Advisory panels.

Members have the following functions:

Certificates and guidelines of CBFC

The examining committee comprises of:

The Regional officer determines the date and place of the examination at the cost of the applicant.

All the previews, records, and reports of the examination are confidential. The applicant and his representatives cannot take part in the previewing process. Also, disclosing the names of the members of the examining committee is not permitted to maintain confidentiality.

In addition to Section 5B(1) of Cinematograph (Certification) Rules,1983 provides other guidelines to the examining committee. They may restrict the following:

After examination, the examining committee may allow the applicant to exhibit the film with restrictions or unrestricted exhibition or directs the applicant to make the necessary changes or refuses the exhibition. Finally, the EC sends the report to the CBFC chief.

If the recommendations of the EC are not satisfactory to the applicant, he may request the chairman to send them to the Revising Committee(RC). The RC starts work only if the EC refuses certification. It consists of the chairman and, in his/her absence, a board member and nine members of the advisory panel/board who were not members of the EC, which examined the film. The quorum for the Revising Committee is four members, wherein at least two should be a woman.

If the applicant is still not satisfied, he can send his work to the Film Certification Appellate Tribunal (FCAT).

The recommendations of the Supreme Court in KA Abbas v Union of India led to the establishment of the FCAT through the Cinematograph (Amendment) Act of 1981.

Section 5D of the 1952 Act provides for the establishment of FCAT for hearing appeals against the decisions of CBFC. The tribunal is in New Delhi, headed by a retired judge of the High Court and four other members appointed by the central government. The tenure is for three years.

The FCAT can entertain appeals from the revising committee within 30 days of passing such an order. The aggrieved can challenge the following orders:

If any party is aggrieved by the decision of the FCAT, a writ is maintainable in court.

The violation of the provisions of the Cinematographer Act, 1952, may attract imprisonment as well as penalties. The following are major violations:

Role of viewers in checking violation

The police have the power to check any violation of the Act but they are overburdened with other duties. The socially committed individuals have the right to bring matters of violation to the police. The police can then register an FIR under Section 7.

The latest committee to change the existing censorship is the Shyam Benegal Committee Report on CBFC. Its main objective is to take note of the best practices worldwide, issue guidelines relating to the board, and appoint staff to create a transparent system.

Recommendations by the committee:

Restrictions on the power of CBFC

The committee recommended taking away the power of the CBFC to make alterations. Owners had complete rights over the film.

Functions of the board

The committee recommended the CBFC restrict its powers to:

Staffing of the board

The committee recommended computerized software for applying and selecting members for the examining committee to reduce corruption and nepotism.

Why is the Censor Board controversial?

The CBFC or the censor has been in many controversies for varying reasons. Primarily the censor board is so controversial because it decides to cut down many scenes and clips unnecessarily. Let us take a look at a few controversies relating to the censor board. In 2002, a documentary film by Anand Patwardhan called War and Peace was edited 21 times before its release.

Gulabi Aaina, a film on Indian Transexuals was banned. The director appealed twice unsuccessfully. Censoring of films such as Udta Punjab, and Lipstick Under My Burkha the actions of the censor board were criticized for unnecessarily cutting scenes. The action of the board was heavily criticized by the actors such as Shah Rukh Khan in the movie Jab Harry met Sejal. Several film actors’ welfare bodies have written notices to the CBFC asking them to explain the rationale behind unnecessary censors.

The ambiguity and possible misinterpretation of laws have made the implementing authorities and executive more prone to media scrutiny in relation to censorship. The argument raised by the directors and other artists against the censorship is because of its alleged encroachment on the creativity and perspectives of the artists and thereby reducing or atleast impairing the desired quality. Recently, the Central Government dissolved FCAT, now only High Courts only have the authority to hear a party aggrieved by the order of the CBFC.

In recent times, many new themes are discussed in cinemas but the rigid guidelines of the censor board make it difficult to make films on socially relevant issues. The guidelines for the censor board should be periodically checked. It is high time to change the film censorship process in India. 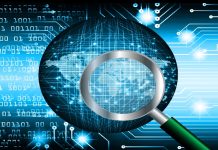