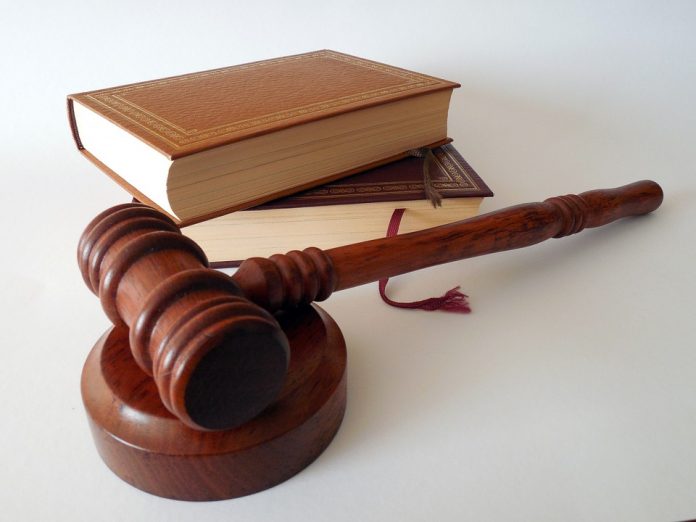 This article has been written by Parvathy Suresh is a student at Symbiosis Law School, Pune.

It is a principle of jurisprudence, that there should be finality in litigation. It is perceived that the Res Judicata, per se, is not a technical doctrine, but it is a fundamental principle that goes in par with Rule of Law, which is part of the basic structure. Litigation which has no end or finality defeats its very object. This object is, the decision of disputes or to put an end to each and every litigation. But if there is no finality to it, the dispute cannot have said to be really decided at all. The principle is also founded on equity, justice and a good conscience which require that a party which has once succeeded on an issue should not be permitted to be harassed by a multiplicity of proceedings involving the determination of the same issue. This principle of Res Judicata has been adopted as Section 11 in the Code of Civil Procedure.

In the case of Lal Chand v. Radha Krishan[1], the respondent had filed for eviction of the appellant and four more other persons, who were his alleged sub-tenants. After obtaining a decree for eviction, he applied for permission of the competent authority to execute the decree as required by the statute under Section 19 of Slum Areas (Improvement and Clearance) Act, 1956. Permission was granted to him to execute the decree only in respect of part of the premises. Having obtained possession of a part of the premises, the respondent commenced another round of fresh litigation for the possession of the remaining rooms, giving rise to this appeal.

The first issue arising is regarding Order 41, Rule 4 of CPC. The general rule is that on an appeal by one of the several plaintiffs or defendants, an appellate court can reverse or vary the decree of the trial court only in favour of the party appealing. However, Order 41, Rule 4 is an exception to this general notion and clarifies that any one of several plaintiffs or defendants may obtain the reversal of ‘whole decree’ where it proceeds on ground common to all. Therefore, even if one of the Plaintiffs/ Defendants expires, and the legal representatives do not inherit any legal right, the other Plaintiffs or Defendants may pursue a reversal of any Decree, even in favour of the deceased Plaintiff.

When critically analysing the bare provision with the factual matrix of the case, the suit out of which this appeal arises was filed by the Respondent is not only against Lal Chand but against Kesho Ram and Jhangi Ram also, who were the Defendants and the subsequent appeal was filed by them collectively. And since the Defendants were aggrieved by the decree passed, they required the protection of the Slum Clearance Act. Therefore, the Court erred in not recognizing that the other parties were empowered in seeking reversal of the earlier decree.

The Supreme Court in this case held that, the second round for suits was barred by the principles of Res Judicata as the authorities under the competent authority, who were exclusively invested with the power to determine whether a decree for eviction should be permitted to be executed and, if so, to what extent, had finally decided that question, refusing to allow the respondent to execute the decree in respect of the ground floor premises[2]. Thus appealing for the same matter, against the same party which has already been decided by the competent court, the court has the power to dispose of the case by granting a decree of Res Judicata. This principle has been reiterated in Section 11 of the Civil Procedure Code, 1908[3]. In the present case, the Court has expressly declared that ‘Section 11, it is long settled, is not exhaustive and principle which motivates that section can be extended to cases which do not fall strictly within the letter of the law.’

Section 11 enables the party to raise the statutory plea of res judicata if the condition given therein are fulfilled.

1) The matter in issue decided in the earlier proceeding by a competent court must in the subsequent litigation between the same parties be regarded as finally decided and cannot be re-opened. This means the rights litigated between the parties i.e. the facts on which the right is claimed or denied and the law applicable to the determination of that issue[4] [5]

2) Same Parties: In order to sustain the plea of res judicata, it is necessary that the issue in the previous and subsequent suit should be between the same parties or between the parties under whom they claim. It is, however not necessary that all the parties to the two litigations must be common[6]. Thus, the fact that some additional persons are impleaded as parties in subsequent litigation will not make any difference as regards applicability of the rule of res judicata.

4) Court Competent to Try: In order to succeed in the plea of estoppel by the record or res judicata, the prior decision must be by a court competent to try the subsequent suit. In order that a judicial decision may be relied upon as res judicata, it is necessary that the judicial tribunal pronouncing the decision had jurisdiction over the cause or matter and over the parties sufficient to warrant it in so doing.[8]

Thus in this case, after the Administrator had passed the Order for the defendants to hand over the 2 rooms, the cause of action for the respondent had finished. A fresh round of litigation for the matter regarding the remaining rooms, which was already addressed by the competent authority, the principle of Res Judicata under Section 11 is applied to bar the proceedings.

“Since litigants are mortals, let litigation not continue forever”[9]

The doctrine of Res Judicata is applied by the court where issues directly and substantially involved between the same parties in the former and present suit, are same. In India, the principle of res judicata is embodied in Section 11 of the Code of Civil Procedure 1908. Even where Section 11 does not apply expressively, the principle of res judicata has been applied by courts for the purpose of achieving finality in litigation.[10]

When a matter, whether on a question of fact or on a question of law, has been decided between two parties in one suit or proceeding and the decision is final, either because no appeal was taken to a Higher Court, or because the appeal was dismissed, or no appeal lies, neither party will be allowed in a future suit or proceeding between the same parties to canvass the matter again.[11]

The full maxim of Roman jurisprudence is Res judicata pro vitiate accipiter which means that res judicata or the case finally decided is accepted as truth[12]. Though there has been criticism that this rule worked harshly on individuals, that is when the previous decision might have been arbitrary or erroneous, its working was justified on the greater principle of public policy, “interest rei publicae ut sit finish litium”[13] (it is for the public good that there be an end of litigation). It was held in the case of M. Nagabhushana v. State of Karnataka[14], the principle is based on the high principle of public policy, and in the absence of which great oppression might result by malicious litigants.

The principle of Res Judicata has been recognised in international scenarios as well. The Seventh Amendment to the United States Constitution provides that no fact having been tried by a jury shall be otherwise re-examinable in any court of the United States or of any state than according to the rules of law. The British Courts use this principle in the form of ‘estoppel by record’.

The position of law regarding the concept of Res Judicata in India has expanded over time to include many and exclude any. Like in the above case[15], it was held that Section 11 is not an exhaustive section. Thus the Section can be extended to cases which do not fall strictly within the letter of the law.

In Union of India v. Major S.P Sharma[16], Supreme Court reiterated that the result of a case which has attained finality, inter parties, is not open to challenge in collateral proceedings or subsequent fresh litigation ―for the reason that if it is permitted to do so there would be confusion and chaos and finality of proceedings would cease to have any meaning. The question was whether the new discovery of re-investigated fact could have been ground of review in the first round litigation. The Court clarified that it can but the same cannot be made the basis for reopening the issue through a fresh round of litigation.

The decision, that the doctrine of res judicata applies where the previous proceeding is a writ petition under Article 32 or Article 226 of the Constitution of India, 1950, has been reiterated by the Constitutional Bench of Apex Court in a recent pronouncement in State of Tamil Nadu v. State of Kerala[17]. The Apex Court considered the fact that after the Code of Civil Procedure (Amendment) Act, 1976 principle of res judicata has been made applicable where the previous court is a court of limited jurisdiction, in so far as such decisions are within the competence of the court of limited jurisdiction.

A recent judgment by the division bench of the Supreme Court in the case of Sri Jagannath Temple Managing Committee v. Siddha Math[18], held that the bar of res judicata will apply only if the subject matter of the previous and subsequent suit is identical. The Court, in this case, held that question of law in these two matters were not identical and hence the appeal was allowed and res judicata does not operate on the proceedings in instant case.

After the above analysis of the doctrine res judicata or Section 11, it is my opinion, that the doctrine, in present times, plays a significant role in dispensation of justice as it estops a person to re-litigate despite the fact that his right or liability has been previously decided and the previous decision has attained finality.

Although the doctrine has been codified in Section 11 of the Code of Civil Procedure, 1908, its scope is much wider and a general rule of res judicata is applied by the courts having regard to public policy in ending litigation and private justice which is inherent in the doctrine. The principle is also founded on equity, justice and a good conscience which require that a party which has once succeeded on an issue should not be permitted to be harassed by a multiplicity of proceedings involving a determination of the same issue.

In the above case[23], the appeal was allowed, and the erroneous judgment of High Court was set aside to dismiss the respondents’ suit for possession of the remaining rooms under Section 11 and the Principle of Res Judicata. This lack of cognizance of the judicial authorities in taking in matter these principles much be identified and rectified in order to ensure the ultimate goal of Justice,, Equity and Good Conscience is achieved.