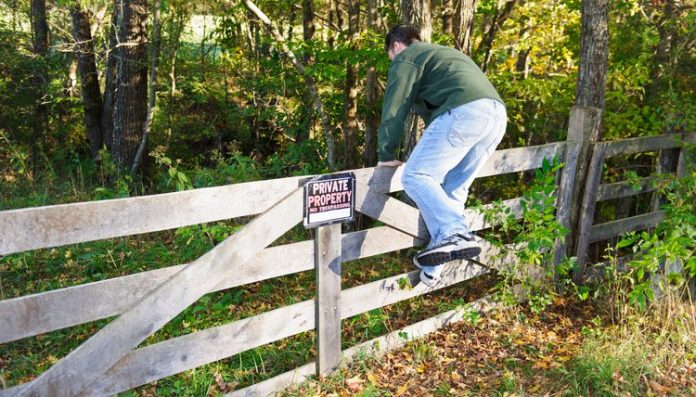 In this article, Simran Sabharwal discusses law of torts in India.

One fine day, you are walking on a road and you fell down in a manhole. Where will you lodge a complaint? What if, someone throws water on you, what will your recourse be? What if, your neighbour throws garbage in your garden? You are sitting in a class and someone pulls your chair. What will your course of action be? A driver negligently knocks you down on the road, whom will you sue: the driver or the master? All these cases are covered in the Law of Torts. A statement that a lady has given birth to a child can also constitute a tort if the lady was unmarried. Matters related to daily lives are covered in the Law of Torts. The concept of Torts in India is an old concept though is still developing.

Tort is a civil wrong, i.e. it is a wrong against an individual. The word Tort is derived from a Latin word ‘tortum’ which means crooked or twisted.in this sense, it is equivalent to the English word ‘wrong.’ Law is divided into two – Civil and Criminal. Civil Law is further divided into two – Tort and Contract. It is basically a breach of the duty imposed by law. It is a violation of others’ legal rights. A tort occurs when someone deliberately or through carelessness causes harm to someone.

Law and civilisation co-exist. One cannot exist without another. If one flourishes, the other one develops too and with the decline in one, the other suffers. So, for offences related to day-to-day affairs, tort law was formed.

The origin of the Law of Torts can be traced to Roman precept alterium non- laedere.  The maxim means “not to injure another” i.e. not to hurt anyone by deeds or words. This maxim is similar to honesty vivere which means “to live honourably” and suum clique tribuere which is explained as to render to every man that belongs to him or it is a general expression to provide justice to each person. All these three maxims can be attributed for the development of Law of Torts.

What is Tort according to jurists?

Law of Torts in the United States

English lawyers accepted the code of conduct and began to form remedies for violations of certain legal duties. It further led to the development of the modern Law of Torts. [1]

The Law of Torts has its origin in England but it is followed and adopted in the United States, Dominions of British Commonwealth of Nations and India. Torts in the US developed through four main stages, described by Professor White as

The law has radically reformed itself in the last 50 years in the US as before it used to deal with cases related to minor accidents but now it deals with major social activities in the US.

For the early years- common law, private law, contract law and property law served a minor role in the lives of Anglo- American people. Seeing the diversity in decisions and cases, jurists and lawyers decided to develop the law of torts. So, in 1923 other branches of the law of torts was developed. The first volume was placed in 1934 and the fourth, and the last volume was placed in the year 1939. Though the tort law is uncodified in almost every nation yet it is codified in American law.

Law of Torts in England

Application of English Law of Torts in India

Law of Tort in India is basically English Tort law.

Also, when we have a look on Indian judgements, in M.C. Mehta v. Union of India [4], Justice Bhagwati mentioned,

“We have to evolve new principles and lay down new norms which will adequately deal with new problems which arise in a highly industrialised economy. We cannot allow our judicial thinking to be constructed by reference to the law as it prevails in England or for the matter of that in any foreign country. We are certainly prepared to receive light from whatever source it comes but we have to build our own jurisprudence.” By the statements, we can infer that Justice Bhagwati realised the value of having one’s own law and how it helps in the growth of the nation.”

The Main purpose of Law of Torts in India

Thus, the main purpose of Law of Torts is to punish the wrongdoer and promote peace in the society.

Reasons for the slow development of Law of Torts in India

The Law of Torts is not much developed in India as compared to other nations. Even the Indian Tort Law is not codified. There are many reasons for the slow development of Tort Law in India, some are listed below-

1) The law is uncertain. As the law is not codified and still in its developing stages, it proves to be very uncertain for the people. This is the reason why a very few numbers of cases are filed under Tort Law in India. Also, there is a lack of precedents which increases the ambiguity of Tort law. The precedents available belong to English Tort law and cannot be applied to Indian Law.

2) There is a lack of political consciousness among the people. The people are not even aware of their rights due to which Tort law is not used much in the country. This problem is because of the vast illiteracy in India which also lead to people not going to court for exercising their rights. A lot of importance is placed on people performing their duties than people demanding their rights.

4) Poverty also remains an issue for the slow development of Tort Law in India. The population in India is mostly economically backward and as a result, they are incapable of meeting high costs of litigation. This remains a prime reason for refraining from filing a Tort case.

5) Furthermore, the judicial system is very expensive. The rate of court fee and lawyers fee is very high. As a result, the poor man decides to suffer the pain than to approach the court. The cases are also dealt in as slow as molasses manner. On the other hand, the administration of justice is so inexpensive and fast in England, that these types of cases are decided in within a year.  All these factors add up to the slow development of Tort law.

Here is a chart which shows the number of pending cases in India as on 13 October 2018.

The chart has been taken from National Judicial Data Grid. A large number of cases still remain pending which owes to the slow development of laws in India.

5 Principles of Tort Law every Indian must know

There are few principles or important points of tort law that every Indian should be aware of, as these will help the Law of Torts to develop and also enhance the judiciary system.

Law of Tort is still in its developing stage in India. New principles are developing every day.

A look in the recent case will provide a better understanding of the topic.

Zee Telefilms Limited and Another Vs. Sundial Communications Private Limited and Others.[5]

Landmark Judgements under Law of Tort

The tort law in India is uncodified. The ambit of the tort law is wide in India. Though in recent years not many cases are filed under tort law, yet there are a few landmark judgements that need to be considered for better understanding.

Rural Transport Service v. Bezlum Bibi [6], is such a case. Here, the conductor allowed the people to travel on the roof of the bus. During the journey, one of the passengers got hit by a branch of a tree and as a result,  fell from the bus and got injured. The court mentioned that the conductor was liable as –

In this, the police wrongfully detained the plaintiff from attending the Assembly election. The plaintiff was an M.L.A. of Jammu and Kashmir assembly. He was deprived of his personal life and liberty to attend the assembly session. To this, the court awarded the plaintiff a sum of fifty thousand rupees as a relief.

The Law of Tort is based on morality. For social development and growth of the society, the law of torts is very necessary. If one wants to have complete knowledge of the necessity of Tort law, one can look into the growth of Tort Law in England. The tort litigation has grown three times in England and Indian Tort Law has largely been borrowed from English law. Though we have borrowed a large portion from the West, we need to make use of it too. Also, we need to adopt the law according to our needs i.e. according to the morals of our society.

Therefore, it will be unnecessary to state that the law is not of use. Law of Tort is completely necessary in India as many cases are filed under defamation, nuisance, negligence etc.