This article is written by Gitika Jain, pursuing BBA LLB (Hons.) from Amity University, Kolkata. This article deals with the 103rd constitutional amendment with respect to Article 14.

As President Ramnath Kovind passed the 124th Constitution Amendment Bill by the parliament, a percentage of as big as 10% became reserved for economically backward people in all government jobs and college seats. This landmark achievement was interpreted by the people in two ways. Some praised Prime Minister Narendra Modi for the achievement while others called it a pre-election gimmick of the ruling party which tried to gain power in the 2019 Lok Sabha elections. However, the main purpose of this article is not to judge the motive or intention behind making the 103rd constitutional amendment but to put forward the highlights of the amendment and critically analyse the pros and cons of the same.

At the time when this amendment was passed, there was almost no debate but it was a matter of debate not only for law intellectuals but also for the general public. To say that, reserving seats for the economically weaker section of the society will go against the basic structure of the constitution is to ignore the very basic fundamental right given by Article 14 of the Indian Constitution because the main purpose of passing such amendment was to achieve equality guaranteed under Article 14. The problem that lied with the reservation was that 50% of the maximum limit for reservation tried to violate the very basic structure doctrine.

In our Indian Constitution reservation is taken as affirmative action for the socially and educationally backward section of the society. There are various castes of individuals that reside in India like scheduled caste, scheduled tribe, backward classes and upper castes called general category citizens. Except for the people who belong to the upper caste all other castes that reside in India are regarded to be in an advantaged position. Hence the reservation was introduced to fulfil the absence of equal opportunity to everyone who resides in India but the objective behind this reservation was losing faith from the public.

Highlights of the amendment

Analysis of the Amendment

When the Constitution was amended the challenge was to meet criteria of the basic structure doctrine. Since it was an established principle that reservation shall have a cap of 50% but in case of Mr Balaji vs. State of Mysore, the court stated that in any circumstances where the reservation exceeds 50% it would imply dominance over Section 16(1). The Government of India provided for 10% reservation to weaker sections of the society. It was taken down in Indira Sawhney vs. Union of India.

Two more petitions were filed by advocate Pavan and advocate Deepak. Since the main intention behind framing the amendment was equality, it is difficult to see how the reservation destroys the concept of equality and basic structure. Also in case of Keshavnand Bharti vs. State of Kerala, it was clearly held by the Supreme Court that no law can be passed in the Gazette of India that destroys or damages the basic structure of the Constitution of India. Therefore it can be agreed that the 103rd Amendment has been created logically and had put educational and social backwardness at war by including Article 15(6) and 16(6).

Need for the 103rd Amendment

Challenge to the constitutional validity

The main legal challenge that was put to question the validity of the amendment was the basic structure challenge. There are certain principles that form the essence of the constitution such as the democratic form of government, federalism, equality, secularism and so on. These are given by doctrine of basic structure and it cannot be amended otherwise it would destroy the whole base of the Constitution itself. In one of the landmark case of Kesavananda Bharati vs State of Kerala, there was a rule by the Supreme Court that the parliament has the power to amend the constitution but that is not absolute under Article 368 and if there is an effect that is destroying the basic structure, the amendment can be struck down. Similarly few important decisions were taken in Indira Sawhney vs Union of India case:

If we look into the history of the Constitution of India, it has always corrected the imbalance that was present in the matter of higher education and public employment by taking care of the equality code. Article 14 guarantees everyone equality before the law and equal protection of the law. The Supreme Court struck down 68% reservation in Mr Balaji vs. State of Mysore under Article 15(4) to give admission to medical engineering college students and held that reservation cannot be more than 50%. It also stated that the criteria of 50% cannot be overridden in case of any exception. If Article 16(4) is not an exception to article 16(1) then nothing can stop the state from reaching the 50% limit for reservation unless the number of people for which reservation made is less than 50% population but fortunately or unfortunately this is not a case in India.

In another case of State of Kerala vs. NM Thomas Supreme Court, it was held that Article 16(1) which was the main base of the doctrine of equality allows reasonable classification of all people similar to Article 14. To make it simpler, Article 16(1) itself allows reservation even without Article 16(4) of the Indian Constitution. The other issue that prevails here is that both the Article 15(4) and 16(4) provides for reservation in education and public employment and are an exception to equality and non discrimination provision of article 15 and 16 and somehow manages 50% ceiling limit.

Challenge to the doctrine of the basic structure

Breach of the 50% ceiling on a reservations

To balance the formal equality and substantive equality 50% to limit on reservation was introduced. Since reservation cannot exceed 50% of the total opportunities this forms a basic part of the doctrine and the current amendment however violates the same. Article 16 (4) is an exception to Article 16 (1) where the rule is to ensure equality in public employment. The exception of this rule is the power of the state to provide reservations for the backward classes. In General Singh vs. Lakshmi Narayan backward classes are scheduled castes, scheduled tribes and other backward classes. Hence if the 50% rule law which is a part of basic doctrine is violated it is against the constitution. And the amendment for reservation breaches of 50% rule By providing 15% reservation and the also 49% reservation.

When there was an introduction of 10% of reservation for economically weaker sections of the society the reservation went above 50 9.9% that is 7.5 % 15% and 27% for scheduled castes scheduled Tribes and other classes were reserved. But with the introduction of the103rd Act 2019, only 40.9 percent of the seeds will be allocated In jobs based on the merits of the candidates. Does the increase in reservation have led to compromise in the merit quota person? This is however not justified from any angle for those who deserve an opportunity based on their hard work and merit. Some of the recommendations based on a reservation can be:

Though there is no doubt that un-equals cannot be treated equally but making the reservation based only on the criteria of the economic condition cannot be the solution to all the problems and it is time now to fix a systematic time period for the reservation system. Thus, an alternative for the mechanism must be explored in order to uplift a particular section of society. 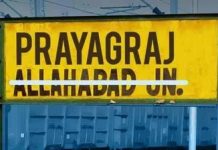 Procedure involved in renaming states and cities in India 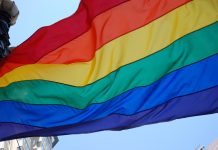 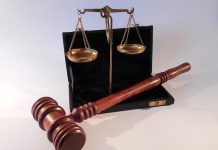