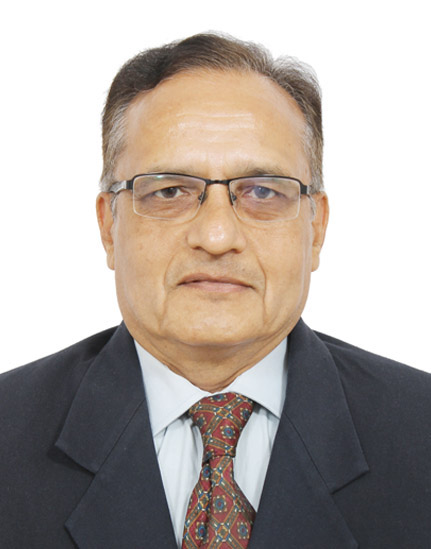 This article is written by Raghuveer Karan Parakh, pursuing a Certificate course in Insolvency and Bankruptcy Code, from LawSikho.

Who is a Resolution Professional (“RP’)

Prerequisites for accreditation as IP are passing a designated examination and to undergo a specified training course. They are generally advocates or chartered accountants or company secretaries or chartered management accountants with certain minimum number of years of professional experience.

RP is appointed by the adjudicating authority (National Company Law Tribunal, or NCLT in short, in case of insolvency of corporates and Debt Recovery Tribunal in case of individuals and partnership firms). Upon admission of any corporate debtor by NCLT for corporate insolvency resolution process (“CIRP”), RP is required to take over the entire management and operation of the corporate debtor and run the whole CIRP. Powers of the existing board of directors (or the partners in case of LLP) stands suspended and vests in RP so appointed.

IRP is required to be nominated by the financial creditor under section 7 or by the corporate debtor itself where it chooses to go itself for CIRP under section 10 of IBC. Such nominated insolvency professional takes over as IRP upon admission of application by NCLT unless he/she happens to have any disciplinary proceedings pending against him/her. In that case, NCLT appoints IRP recommended by IBBI. In case of operational creditor under section 9 of IBC, he/she may choose not to nominate an IP. If so, NCLT appoints one recommended by IBBI.

Resolution Professional is appointed by NCLT at the recommendation of the Committee of Creditors (“CoC”) constituted by IRP. IRP may continue as resolution professional if so approved by the CoC.

Let’s now examine the duties of an RP and how onerous or challenging those are.

Roles and duties of an RP

Let’s first look at the duties laid down under IBC. Section 18 of IBC lays down the duties of an IRP while section 20 lays down his/her powers. IRP’s core duties include:

Section 25 lays down the duties of an RP besides preserving and protecting the assets of the corporate debtor and to continue its business operations:

What makes the role challenging?

Roles and duties listed above, innocuous as it may appear, in practice are not only time consuming but some are also very complex. It becomes far more challenging at least initially when the promoter group is not cooperating or even resisting which is the case more often than not.

For IRP/RP to take charge and control of all its assets and run it as the executive chairman is in itself so demanding. Add to that : acting as the only interface between CoC and NCLT reporting to both; handling CoC meetings and members; tackling hordes of legal cases challenging various aspects of CIRP proceedings and to enforce rights of corporate debtor; identifying prospective resolution applicants; arrange data rooms and due diligence; evaluating resolution applications; liasoning with CoC members to build consensus

The biggest challenge is in having all the above and much more done in a strictly time-bound manner. The following table shows timeline for activities to be carried out by IRP/RP:

Preparation of information memorandum (IM) is one of the most important responsibilities of RP which is also the key to a successful resolution plan. This has to be done within two weeks of his appointment and not beyond 54th day from CIRP commencement date. By this document, RP is required to provide all relevant information to resolution applicants, subject to their providing the requisite undertakings, critical to getting resolution plans for the corporate debtor. Therefore, IM is often prepared with the help of technical and legal consultants, investment bankers and financial experts. Potential resolution applicants need to go into in-depth due diligence which RP has to facilitate. All these also need elaborate documentation like MoU’s etc with them with the help of lawyers and accountants requiring a substantial amount of RP’s time and involvement.

Along with these time and performance pressures, RP is required to abide by the code of conduct as laid down in the First Schedule of IBBI (Insolvency Professionals) Regulations, 2016 (“IP Regulations”) which requires him/her to act with integrity, ingenuity, independence and impartiality. RP has also to contend with complaints against him/her even for non-acceptance of claims with the threat of disciplinary proceedings under the IP Regulations. There are instances of being fined/penalized for quoting absurdly high fee.

RP is at the center of all actions and activities and, therefore, all challenges, suits, sometimes even physical assaults are directed at him/her who has to perform in the face of all these. RP’s are even exposed to compensation claims even after the conclusion of CIRP.

No doubt, RP cannot do it all alone. He/she has to have a team of professionals, consultants and employees but the ultimate accountability lies with RP. But resources needed for such help is restricted. RP can’t even insure himself/herself against contingencies of additional help by charging higher fees.

It’s not difficult to conclude from the aforesaid discussion that RP has to bear tremendous pressures and walk the tight rope. No doubt, RP’s roles and duties are excessive. But that is what RP’s profession is all about which sets it apart for most other professions. SEBI Law Officer (Grade A) exam – Should you take it?

What makes a Great Website for a Law Firm?