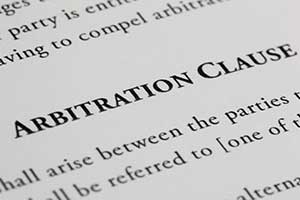 This article about the recent amendments in Indian arbitration law is written by Arjun Pal from Jindal Global University.

Arbitration has been a preferred way of settlement of disputes of countries across the world. Provisions relating to the resolution of disputes in the way of arbitration are contained in the Arbitration and Conciliation Act, 1996, but there were still certain drawbacks of the Act, that needed to be rectified as early as possible and hence urgent steps were required to be taken to ensure quick solving of contracts based disputes, easy recovery of money claims, reduction of pendency of cases in courts and fastening the process of dispute resolution by the way of arbitration. Accordingly, the Arbitration and Conciliation (Amendment) Act, 2015 (hereby referred to as “the Act”), was passed by both the houses of the Parliament and received the assent of the President on the 31st of December 2015. The Act was notified in the Gazette of India and came into force on January 1st, 2016. The Lok Sabha, while clarifying the Bill clearly stated that it would not affect the pending cases unless the parties collectively decided to do so. The main reasons behind the new amendments to the Act are to make arbitration more investor friendly, cost-effective and suitable for effective and quick disposal of cases and to help in developing India into a major centre for International Commercial Arbitration.[1] In this paper, I will be exploring the various new amendments made to the Arbitration and Conciliation Act, 1996 via the new Arbitration and Conciliation Act of 2015 in light of important judgments made by the Supreme Court of India.

We begin by looking at one of the most important amendments made to section 2 (2) of the old Arbitration and Conciliation Act. There was a confusion going on regarding the applicability of this particular section of the old Act. The old Act, via the Bhatia International Case[2] had held that Part I of the Act applied along with Part II of the Act to arbitrations held outside India and to foreign awards. This caused a lot of dilemma and tension as almost all the foreign awards were tried and examined in the national courts just like ordinary domestic awards. A solution to this problem was finally found when the Supreme Court of India, in the BALCO case[3], laid down that Part I and Part II were mutually exclusive and no section of Part I shall apply to Part II. Basically, this meant that Part I shall apply where the place of arbitration is in India and that provisions of Sections 9, 27, 37(1) (a) and 37 (3)[4] (All falling under Part I) shall also apply to international commercial arbitrations, even if the seat of arbitration is outside India unless parties to the arbitration agreement have agreed otherwise.

After this, we look at one more noteworthy provision that is Section 29(A) of the Act, which requires that all arbitrations must be completed within one year of the arbitral tribunal being constituted. This period is extendable by an agreement between the parties’, up to six months, thereby adding to a total of eighteen months. If so happens that such an award has not been granted within eighteen months, the parties have a right to approach the appropriate Court which may grant an extension if it is satisfied that the delay is due to a sufficient cause, failing which the mandate of the arbitrators is terminated. This amendment also gives scope for judicial intervention by enabling the Courts to grant an extension on certain terms and conditions including reduction of the arbitrator’s fees (if it is found that delay is attributable to the arbitral tribunal)[7]. Apart from this, an entirely new section, namely section 29(B) has been inserted, thereby providing for fast track procedure for arbitration. Under this, notwithstanding anything contained in the Act, the parties to an arbitration agreement may (before or at the time of the appointment of arbitral tribunal), agree in writing to have their dispute resolved by a fast track procedure. This provision has been inserted to facilitate speedier settlement of disputes based purely on documents if the parties agree, and is identical with the provisions of numerous arbitral institutions. Also, this provides the parties with an option to choose fast track procedure even if they do not wish to subject their arbitration to any institutional rules.

Another important amendment made to the Act was the amendment of section 34, which talks about limiting the gamut of public policy of India. Section 34 of the Act provides that an arbitral award may be set aside if it is contrary to ‘public policy’ and it lays down the three conditions (followed by section 34(2), which further lays down two more conditions)[8] that determine whether the award is against public policy or not. In the case of Municipal Corp. of Greater Mumbai v. Prestress Products (India)[9], the court held that the new Act was incorporated with the brisk Parliamentary objective of curtailing judicial intervention, thereby notably reducing the extent of possible challenge to an award. Further, the Supreme Court of India in the case of ONGC v. Saw Pipes (2003)[10], expanded the test of ‘public policy’ to include that an award that violates the substantive or statutory provisions of Indian law or even the terms of the contract in some cases would be considered as ‘patently illegal’ and would therefore be in violation of public policy. Similarly, in the case of Venture Global Engg v. Satyam Computer Service Ltd[11], it was held that an award could be set aside if it is contrary to fundamental policy of Indian law, or the interest of India, or justice or morality, or it is patently illegal. This interpretation gave the losing party a chance to re-agitate the merits of the case. The new Act also provides that an application for setting aside of an award can be filed only after issuing prior notice to the other party and also a time limit of one year from the date of service of the advance notice on the other parties has been fixed for disposal of the application under Section 34.

Apart from the above mentioned amendments, there have been other amendments made to the Act in order to make it more clear and concise. For instance, the original Section 2(e) of the old Act provided a single definition of “Court”, which meant a District Court, or the High Court exercising its ordinary original civil jurisdiction, as the case may be. Now, after amendment, the law makes a clear distinction between an international commercial arbitration and domestic arbitration with regard to the definition of ‘Court’. Since the amendments were brought through an ordinance, confusion and uncertainty still prevails, and there is also no clarity on whether such amendments would be prospective or retrospective in operation. The amendment Act is a welcome move and has been lauded for being the much required catalyst in the growth of the Indian arbitration regime. In spite of some discrepancies, the amendment Act is largely in conformity with the Law Commission Report[12] and the Arbitration Ordinance and even though there have been lapses in drafting the new law, one can genuinely hope that more steps are taken by the law makers to ensure that India does indeed become the next arbitration hub.

With this, my report comes to an end. I may not have included all the new amendments made to the arbitration Act by the 2015 amendment, but I have tried to summarize the most important sections along with the landmark cases decided by the Supreme Court of India and have tried to critically analyse the new Arbitration and Conciliation Act.

[7] Upto 5% for each month such delay for reasons attributable to the arbitrator.

[8] Conditions are namely:- an arbitral award should be “set aside if it is contrary to (a) fundamental policy of Indian law; (b) the interest of India; (c) justice or morality or (d) in addition, if it is patently illegal