This article is written by Sharanya Ramakrishnan who is pursuing a Diploma in Companies Act, Corporate Governance & SEBI Regulations from Lawsikho.

Although the Indian Judiciary is well commended for the quality and excellence of its judgments and its diligent efforts in delivering the same, ‘timely justice’ is still an uphill battle. Long periods of time taken in disposal of cases can defeat justice. Cases which require immediate relief are severely affected because of the tardy judicial process. Thus, to tackle this problem, Special Courts have been established to ensure effective and quick disposal of cases.

Special Courts under the Companies Act, 2013

In the month of May, 2015, a provision was made under Section 435 of the Companies Act, 2013 (hereinafter referred to as “the Act”) enabling the Central Government to constitute or designate Special Courts through a notification in order to enable speedy trial of offences under the Act.

However, the Companies (Amendment) Act, 2020 has excluded offences under Section 452 (punishment provided for wrongful withholding of any property) of the Act to fall under the jurisdiction of Special Courts.

Composition and Structure of Special Courts

The composition of Special Courts is bifurcated into two parts depending on the nature of offences to be dealt with by it. A Special Court shall consist of the following:

The judge shall be appointed by the Central Government in consensus with the Chief Justice of the High Court within whose jurisdiction the judge to be appointed is working.

Offences for which imprisonment of 2 years or more is prescribed shall be tried only by the Special Court constituted for the area in which the registered office of the company in relation to which the offence is committed. In case there more Special Courts than one for such area, by such one of them as may be stated in this behalf by the High Court concerned.

The offences that can be tried by the Special Court include but not limited to:

Powers and duties of Special Courts

In case any person accused of, or suspected of committing an offence under the Act, is forwarded to a Magistrate under Section 167(2) or Section 167(2A) of the Criminal Procedure Code, 1973, a detention may be authorised by the Magistrate of such person in custody.

The maximum period of such detention shall be:

If, however, in the opinion of the Magistrate, detention of the aforesaid person upon or prior to the expiry of the detention period is not necessary, he shall pass an order for forwarding such person to the Special Court having jurisdiction.

As regards the person forwarded to it, the Special Court is vested with the same power as the Magistrate having jurisdiction to try a case under Section 167 of the Criminal Procedure Code may exercise in respect of an accused person forwarded to him.

The foremost step towards a trial is taking cognizance of an offence. Cognizance basically means taking a judicial or authoritative notice. However, Section 436 of the Act, allows the Special Court to discard this cardinal rule and proceed to take cognizance of an offence even without committing an accused to it for conducting a trial of the case on:

The Special Court while trying offences under the Act, may also try any other offences committed under any other Acts, with which the accused may be charged at the same trial under the Criminal Procedure Code, 1973.

Thereafter, the Special Court shall proceed to hear or rehear the case according to the procedure for the regular trial after hearing the parties, recording an order in respect of the same and recalling any witnesses whose examination have taken place.

Application of the Criminal Procedure Code, 1973 to proceedings before the Special Court

Offences under the Act to be Non-Cognizable

However, the aforesaid provisions shall not apply to any prosecution by a company of any its officers as well as any action that might be taken by the liquidator of a company with regards to any of the matters specified in Chapter XX or in any winding-up provisions contained in the Act.

The Special Court shall keep in mind the following factors, while deciding the gravity of punishment:

Compounding of offences under the Act

The prior approval of Special Court was needed in order to compound certain offences under the Act. However, this provision was done away with by the Companies (Amendment) Ordinance, 2018.

At present, the offences can be compounded by the National Company Law Tribunal, Regional Director or any other officer authorised by the Central Government as the case may be depending on the quantum of punishment.

Appeals/Revisions from the orders of a Special Court

The High Court within the local limits of whose jurisdiction the Special Court exists, is conferred with the power of hearing cases of appeals/revisions from the orders of such Special Court. The special court is treated as a Court of Session in this scenario.

Our judicial system is an image of the existing dynamics of the society and has the capacity to be an enabler in altering the society in its dynamic growth and development process. The Judiciary, thus shoulders a broad responsibility to ensure effective and swift delivery of justice. The establishment of Special Courts under the Companies Act, 2013 is a step towards achieving that goal. Prompt disposal of accumulated cases and ease in access to justice is the prime advantage achieved by the establishment of Special Courts. The Companies Act, 2013 has therefore provided a comprehensive framework regarding the duties and powers of such courts. 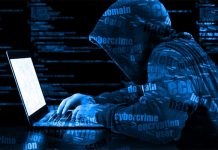 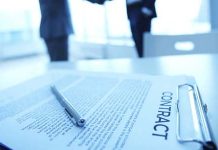 What you need to know about a FIDIC contract 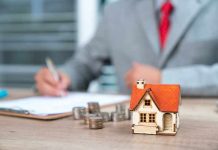