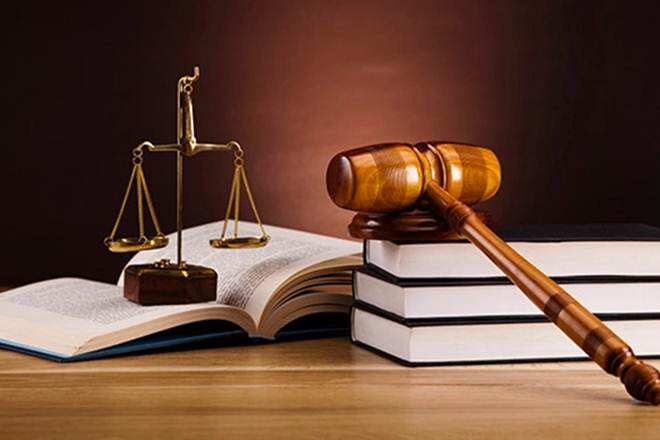 This article is written by Oishika Banerji, an undergraduate law student currently pursuing B.A.LLB (Hons) from Amity Law School, Amity University Kolkata. This is an exhaustive article that analyses the emergence of Global Administrative Law.

In an atmosphere of globalization, the convergent ideology of administrative law has received a palate of opportunities to represent as a global mechanism to regulate governance globally. A more personalized approach towards governance, global administrative law is responsible for changing the concept of both domestic and international laws and associated politics for the people in general. The three concepts that globalization brings along with it are privatization of the nation, deregulation, and disinvestment.  While the first concept involves reshaping the existing ownership of state, deregulation, as the name suggests, involves a change in the existing rules and regulations of the nation followed by disinvestment which signifies clearing of the public sector completely to mend ways for private sectors. This change initiates the growth of both victims as well as beneficiaries. Therefore, this calls for a well-built regime of administrative law which will amalgamate economic development along with human growth. Global administrative law has opened gates for transparency, public participation, accountability, socio-economic development for the governance system. A developing field, global administrative law is introducing a new world set to govern on the basis of comprehensiveness and equity.

It is only in the 21st century that the concept of global administrative law gained its importance. The unique trait this branch of law possesses is replacing the term world with that of the globe. This, in turn, removes the misleading nature of idealising the branch of law as an international perspective only and provides enough space to include divergent thinking on the branch of administrative law. Increase in the development of the global administrative law has been enough to reach out to a prototype transgovernmental form of administration that has been outlined to address the results of interdependence at a global level in spheres ranging from security, economic assistance, migration of population across borders, trade practices and many more. These repercussions cannot be dealt with the help of domestic regulations and administrative assessment only. As an outcome to this loophole, the birth of several multinational systems to carry out regulations and the regulatory procedure has been initiated through international agreements, the formation of informal governmental networks among nations to uplift the decision-making activity from domestic to a global level altogether. The regulations and norms referred here are not bound by any nation and therefore they expand in all corners of the globe.

Broadly, there exist two approaches that can be used in construction purposes of global administrative law namely,

These approaches can be used in bringing solutions to problems ranging from law-making activity, adjudication issues to that of accountability and administrative mismanagement, all at a global level.

A reduction in the control of domestic administrative agencies can be viewed as a reflection of the development of global administrative law. What remains is the complete remodelling of the face of administration by adequate use of the elements of clarity, just and fair procedure, review of rules and decisions made and enforcement of these elements as per necessity.

This field of law has provided a sociological perspective to legal practice thereby hinting that the practice is all about to include within its methods of conservation of several laws with the aim to form a transnational governance system which will somewhat be similar to what administrative bodies execute domestically. The focus of global administrative law, therefore, is a combination of both substantive as well as a procedural set of law for an efficient mechanism of governance at a global platform.

The norms which have been referred above has its roots from three distinguished branches of law namely,

The branch of public law is the third and the most required branch in the framing of the global administrative law. Public law does not only include public policies and welfare but also principles of natural justice, human rights, customs, distribution of available resources equally, productivity are few others to include within the ambit of public law.

Thus, these features lay down the constitution of global administrative law. The list of features are open to experiment and addition for this is an evolving field of law.

It is not easy to lay down strategies for development of something completely new to the globe. Past incidents and circumstances have brought into concern prevailing inequalities in the globe. Thus, to remove the same above strategies can be adapted but one must not forget that it is only through implications and experience one can learn the apt solution or rather the best ways of global administrative law taking its shape in this world.

The field of global administrative law is evolving in nature and therefore judgements passed on these grounds are extremely rare. Nevertheless, the field is based on the elements of natural justice, fair procedure, human rights and transparency which itself was born of judgments passed by the court of law. In the case of  Department of Transportation v. Public Citizen,  the Supreme Court of the United States decided that the extent of judicial review cannot be the same as that in case of international negotiation for it undermines the integrity of the same. This case further showcased that any administrative agency must be aligned to the promises it has made in an international forum.

In, United Mexican State v. Metalclad Corporation, the relationship between a domestic court and an international court was led down. The questions that arose was whether it is legitimate for any national court to review the judgement delivered by a global court and whether such review is an obstruction or a scope for development in the arena of global law. The above case laws are two of the landmark cases that show the conflict between laws on grounds of one being global while the other being domestic by nature. This says that the path for global administrative law is long and filled with hurdles for it is not easy to set one adjudicating authority for the entire globe.

The introduction of a globe without impartiality, frauds, anarchy is always welcoming. The emergence of global administrative law is, therefore, a ray of light for a world that is divided. The evolving nature of this field brings in solutions as well as interrogations which are essential for any administrative system to function. The concepts of diversity, equality, fairness are taking birth once again and this time the effectiveness is much more efficient for the functioning of administrative bodies globally. 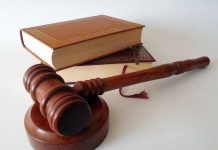 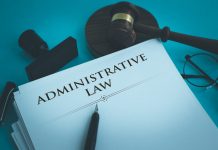