This article is written by Priyanka, pursuing a Diploma in Advanced Contract Drafting, Negotiation and Dispute Resolution from Lawsikho.

Most of us heard about the product like champagne, Darjeeling Tea, Mysore Silk, and Scotch, and there is one thing common among all that all of them are related to a particular geographical region that acts a source of origin for these goods; that is why these geographical also work as authentication for quality and specific unique attributes that these goods possess due to their geographical origin.

What do we mean by ‘Geographical Indication’?

Under the Section 2 (e) of the G.I. Act, 1999 defines “Geographical Indication, in relation to goods, means an indication which identifies such goods as agricultural goods, natural goods or manufactured goods as originating, or manufactured in the territory of a country, or a region or locality in that territory, where a given quality, reputation or other characteristics of such goods is essentially attributable to its geographical origin and in a case where such goods are manufactured goods one of the activities of either the production or of processing or preparation of the goods concerned takes place in such territory, region or locality, as the case may be.”

So what made India introduce the Geographical Indications of Goods (Registration and Protection) Act, 1999? It was due to three controversial cases related to neem, turmeric, and basmati.

In March 1995, in the case of turmeric, a US Patent was granted to two NRI’s for turmeric to be used as a wound-healing agent. CSIR opposed this Patent at the USPTO based on “Prior Art”, it claimed that turmeric had been used for thousand years for treating wounds and rashes in India, and hence it was not a new invention. CSIR showed an antique Sanskrit manuscript and a paper published in 1953 in the Indian Medical Association Journal as documentary evidence. The U.S. patent office upheld the objections and cancelled the Patent.

In the case of basmati, a US Patent granted to Texas-based Rice Tec Inc claimed that their invention is related to a new breed of rice plants and grains. The USPTO approved the Patent on “Basmati Rice Line and Grains” in  997. After three years of examination and accepted 20 claims put forward by Rice Tec Inc., India opposed the Patent and challenged it.  A team of agricultural scientists presented various proofs and supporting information to establish prior art in this area in India. Evidence against the claim was so strong that the company withdrew 15 claims, and only five claims out of 20 claims of the company RiceTec Inc. survived Indian challenges. The patent granted to new hybrid variants that have nothing to do with basmati.

After these three cases, the Indian government, to prevent unfair exploitation, realised the importance of having comprehensive legislation for the registration and providing adequate legal protection to geographical indications. The Parliament enacted the Geographical Indications of Goods (Registration and Protection) Act, 1999, which came into power with effect from 15th September 2003.

Section 8 of the G.I. Act gives that a Geographical Indication may be registered regarding any or all of the goods, included in such types of goods as may be listed by the registrar. Moreover, regarding a particular area of a country, or a region or locality in that territory, as the case may be. According to the prescribed manner, the registrar may also classify the goods according to the international division of goods to register geographical indications and publish in an alphabetical index of various goods.

Any union of persons or producers or any organisation or authority established by or under any law expressing the concern of the producers of the concerned goods can apply for registration of a geographical indication.

A producer will apply for the registration as an approved user of a registered geographical indication and collectively by the registered proprietor of the said G.I. The ‘producer’ means in G.I. Act-

The application should add the requirements and guidelines for processing a G.I. application as defined below:

The registration process of G.I. in India 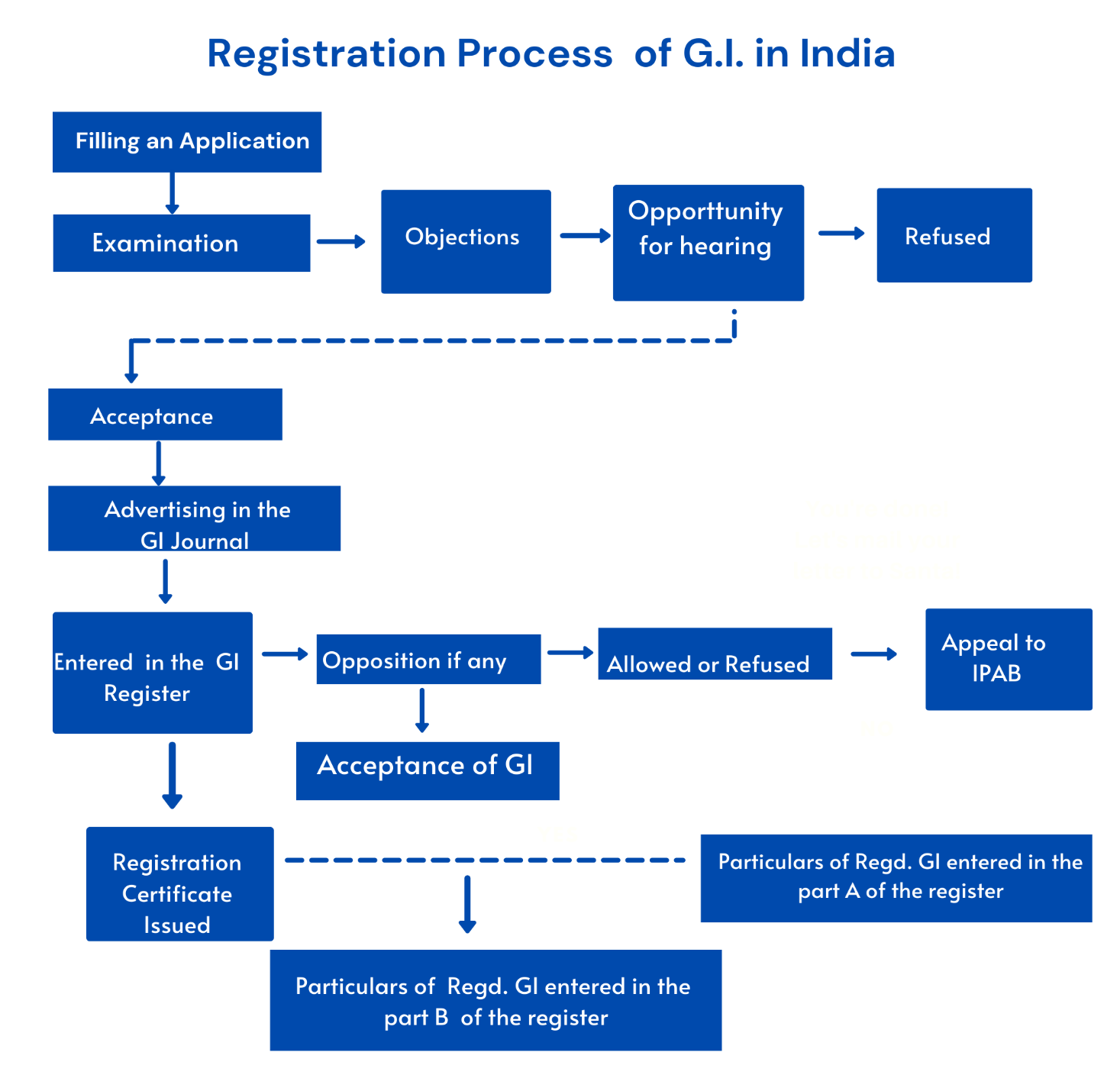 The validity of a registered geographical indication is ten years and can be renewed from time to time on payment of the renewal fee.

For registration, the G.I. must fall within the extent of the definition of the expression “geographical indication” as provided under Section 2 (1) (e) of the G.I. Act. In addition, such a G.I. should not fall in the purview of prohibiting acts contained in Section 9, which are as follows:

Chapter VIII of the Act describes specific acts as offences punishable by confinement or with a fine, or with both.

Forward Contract : what you need to know

Contract of bailment and pledge