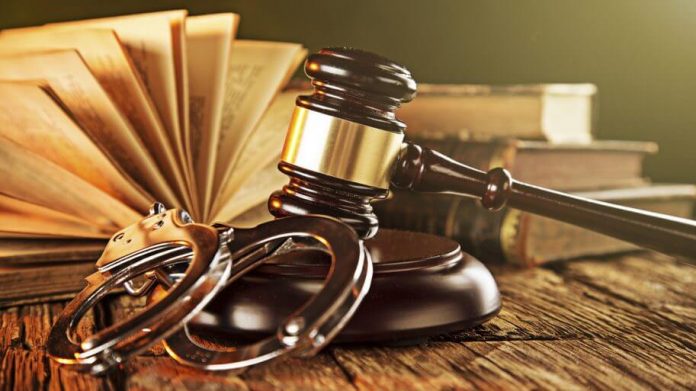 In criminal jurisprudence “Actus Non Facit Reum Nisi Mens Sit Rea” is the foundational principle when deciding whether an act is a crime or not. So, an act where there is intention and motive before the actual crime is committed would be of serious nature in comparison to an act where there is no motive or intention but has been done out of a sudden provocation or had been an instantaneous act. Due to this principle, the punishment for murder is more serious as compared to punishment for culpable homicide not amounting to murder.

Facts of the case with timeline

That the Appellants/Accused Manoj Kumar, Surinder Singh and Rangeel Singh were convicted for offences punishable under Sections 302, 341, and 323 read with Section 34 of the Indian Penal Code (IPC) by the Trial Court and the conviction had been upheld by the High Court and therefore, it was appealed before the Supreme Court.

Here in this case, on 24/03/2004 at around 8:30 p.m. Jeewan (PW12) –complainant went out of his house in search of his father Prem Dass (Deceased) who went to a nearby village and  found his father along with the company of some other people, i.e. with the company of Yashwant Singh (PW13) and Narso Ram (DW1) near a village called Chhedu.

The Appellant Manoj Kumar gave a blow on the head of the deceased (Prem Dass) and the other appellant/accused struck the deceased with a blow of the sickle causing injury on the right hand of the index finger, and other accused were beating him with sticks. For saving their own lives, the deceased (Prem Dass), Yashwant Singh (PW13), Narso Ram (DW1) and Jeewan (Complainant) ran helter-skelter from the scene.

By taking another route, when the complainant reached the shop of Yashwant Singh, he found his father Prem Dass (Deceased) in a subconscious condition and was bleeding profusely. Then the injured Prem Dass was taken to the police post and subsequently was sent to the Primary health centre, Sihunta and there the injured Prem Dass was attended by Dr. Parveen Kumar and there the Doctor has referred the injured person to Rajinder Prasad Medical college (RPMC), Dharmsala because his condition was deteriorating. And after some time the injured person was again brought before Dr. Praveen Kumar (PW4) who on examination was declared dead.

Judgement by the court

The Sessions Judge, Chamba after taking cognizance of the case framed charges against the appellants/accused and other accused under Sections 147, 148, 341, 323, 302, and 506 read with Section 149 of IPC. After carrying out the full-fledged trial, the Sessions Judge held all the accused guilty for all the sections charged except section 506  and all were sentenced to life imprisonment and with other sentences. The Sessions Judge held that the prosecution was able to prove the case beyond reasonable doubt. And held guilty and convicted all the accused who were on trial.

On appeal before the High Court against the conviction, the High Court while allowing the appeal partly had acquitted the accused  Biaso Devi(A7), Veena Devi(A6), Mohinder Singh(A2) and Rekha Devi(A5) and upheld the conviction and sentence against the appellants Manoj Kumar(A4), Rangeel Singh(A1) and Surinder Kumar(A3). The HC also held that there was the motive in this case which was due to prior land dispute and that the statements of defence witness(DW-1) was not believable and the High Court also accepted that the prosecution had exaggerated the case by roping other unconnected family members.

Finally, there was an appeal against the impugned judgment of the High Court before the Supreme Court by the appellants.  The Supreme Court after considering mixed questions of law and facts had decided whether the case falls under the provision of murder or culpable homicide not amounting to murder. The Supreme Court after considering the facts that were available before the Court then looked to the question of law to see whether the given facts amounts to culpable homicide not amounting to murder. It was contended by the learned counsel for the appellants that there was no premeditation on behalf of the appellant-accused and the entire incident was a sudden fight and the High Court ought to have invoked Exception 4 to section 300 IPC.

Exception 4 to Section 300 IPC states that  Culpable homicide is not murder if it is committed without premeditation in a sudden fight in the heat of passion upon a sudden quarrel and without the offender having taken undue advantage or acted in a cruel or unusual manner.

The Supreme Court held that there is no dispute about the ingredients of Exception 4 to Section 300 IPC, the following conditions are to be satisfied namely:

(i) that the incident happened without premeditation;

(iii) in the heat of passion;

(iv) upon a sudden quarrel and

(v) without the offender having taken undue advantage or acted in a cruel or unusual manner.

The Supreme Court cited the case of Sridhar Bhuyan Vs State of Orissa wherein it was held that for bringing in operation of Exception 4 to Section 300 Indian Penal Code, it has to be established that the act was committed without premeditation, in a sudden fight in the heat of passion upon a sudden quarrel without the offender having taken undue advantage and not having acted in a cruel or unusual manner.

Thus, the Supreme Court held that by considering the facts in this case there was a sudden verbal quarrel and evidently there was no premeditated attack. And after considering the given facts the Supreme Court gave the opinion that goes to show that the injury no. 2 on the scalp resulted in hemorrhage which had earlier not been duly accounted for. Moreover, the force and gravity of assault indicate that the aforesaid assault was carried out with only sufficient knowledge of likely death.  The Supreme Court observed and held that the circumstance demonstrates that the appellant had no intention to cause death, though he has knowledge that the weapon used by him to inflict injury on the scalp of the deceased may cause death. But in the absence of intention to cause death or to cause such bodily injury as is likely to cause death, the offence does not fall within the scope of Section 300, IPC but it will fall within Section 304, Part II of the IPC. And subsequently, the Supreme Court held that the appellants were not guilty of murder but were guilty of culpable homicide not amounting to murder.

In the present case which the trial court had perceived the motive of the appellants to murder the deceased from the fact that there was a civil suit between the appellants and the deceased is taken in a light note. In such a serious offence, where the appellants and other accused were convicted for life imprisonment, this should have been considered important enough to constitute motive as there have been several such cases with similar facts and similar motives.

Conclusion of the case

In the present case, it can be seen that the trial courts are in some sense, still not that liberal in interpreting the statutes which in turn affects the personal liberty of an individual. Here in the present case, wherein there were verbal altercations between the deceased and the appellants and subsequently there were fights and ultimately some physical assault and blows were administered by the appellants on the deceased, which the deceased after some time died out of. Here, just because there was a civil suit between the appellants and the deceased doesn’t make it fit to try it as a case of murder with motive and intention to murder. The court should always look into the facts and circumstances in and around the case and then decide whether there is any motive or intention. If not, then that case shouldn’t be brought under the purview of murder. Here, in this case, the facts and circumstances depict that there was a sudden fight and out of which there was assault and a blow given with a ‘belcha’ to the deceased.  This leads to culpable homicide not amounting to murder.