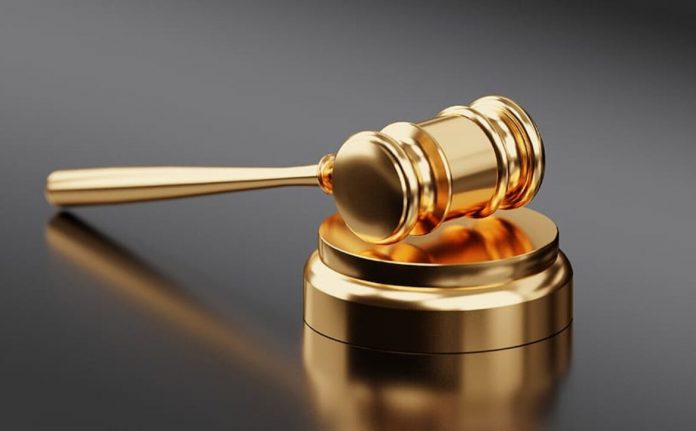 This case was  the outcome of a property dispute which was purely civil but it was given the colour of criminal case by the defendants to create pressure on the appellants in the civil court cases. This appeal was  filed by Randheer Singh in Supreme Court against the Judgement and order impugned dated 15 December 2020 of the High Court of Uttar Pradesh Judicature at Allahabad under Section 482 of Code of Criminal Procedure, 1973 (hereinafter referred to as ‘Cr. P.C’). In this case, the appellant had approached the High Court of Uttar Pradesh by moving an application under Section 482 of Cr. P.C for quashing of proceeding in the Criminal case no. 5973/2020 (State vs. Rajan Kumar) under Section 420, 467, 468, and 471 of Indian Penal Code, 1860 (hereinafter referred to as ‘I.P.C’) which is dismissed by the High Court.

Issue involved in the case

The main issue of this case before the High Court was that Respondent Smt. Beena Srivastava brought in Ratnesh Mishra, Smt. Afroz Athar and Abdul Gani into the picture to harass the appellants by filing a criminal complaint against the appellant and others under Section 420, 467, 468, and 471 of I.P.C falsely pending before the Court of Additional Chief Judicial Magistrate, IIIrd, District Gorakhpur. When the appellant approached the High Court of Uttar Pradesh Judicature at Allahabad under Section 482 of Code of Criminal Procedure, 1973 for quashing of proceedings in criminal case no. 5973/2020 (State vs. Rajan Kumar) and also quash the charge sheet dated 18.01. 2020 and summoning order 26.06.2020 but the High Court has dismissed the said application by Judgement and order impugned dated 15 December 2020.

In the present case ‘Plot No 971M 918 Aire (hereinafter referred to as disputed property) belongs to Arjun Dev and Bela Rani wife of ArjunDev and they are recorded as Bhumidhar of it. They had executed a power of attorney in favour of one of the appellants Rajan Kumar, who has since died. Rajan Kumar (deceased) based on said power of attorney executed a sale deed in favour of an appellant named Randheer Singh and his family, under which their name has been mutated in the Revenue records. The facts mentioned in the judgment and order under appeal that Smt. Beena Srivastava filed objections before the Naib Tehsildar but the same was rejected and the mutation has been completed in favour of Appellant and his family.

Smt. Beena Srivastava had filed a suit for cancellation of the power of attorney and registered sale deed executed by Rajan Kumar but the same was dismissed under Order VII Rule 11 of  Code of Civil Procedure,1908 ( hereinafter referred to as ‘C.P.C.’) by order dated 18 September 2015. She had approached the Supreme Court in this case but could not get any relief from the trial court up to the Supreme Court.

The opposite party No 2 has lodged an F.I.R. based on false and baseless allegations against the applicants despite pending civil suits from both sides alleging each other for indulging in forgery and cheating. It is pertinent to mention here that these suits are still pending before the Civil Court for adjudication. It is brought to notice by the appellant that the impugned F.I.R. was filed under the direction of Circle Officer, Charu Nigam. In this case, it has been noticed that the investigation by the police has not  been done  properly. It was very surprising that police had made 12-13 witnesses but they had not named Bela Rani as a witness and not made any inquiry besides the fact that she does not have the power to execute the power of attorney or her signature was forged for the power of attorney. The charge sheet had not indicated a single thing about the offenses alleged in the F.I.R.  The charge sheet submitted by the police was without proper investigation and evidence, and no prima facie case is mentioned in the charge sheet against the appellants. The charges in the present F.I.R. and contents of the charge sheet dated 18.01.2020 when reading together it shows that the investigation is not done properly and clearly shows the present case is an abuse of the law by the complainant. By looking at the facts of the case and the investigation together it is easily recognizable that this case is alleged frivolously to create pressure on the opposite party in the civil suit.

As per the Appellant, the present case is related to the disputed property. This couple had executed a registered Power of Attorney in favour of Applicant no. 1 Rajan Kumar who has since deceased. On the said Power of Attorney Rajan Kumar (since deceased) executed a sale deed in favour of Appellant and his family which is later mutated in their name. Smt. Beena Srivastava had filed suit for cancellation of Power of Attorney and sale deed to Appellant and his family by Rajan Kumar (since deceased) based on that Power of Attorney but the same was dismissed by order dated 18.09.2015. This order was challenged in First Appeal which was  partly allowed by the High Court by an order dated 26.11.2015 with a direction to the Trial Court for returning the plaint to the plaintiff for presenting before the appropriate Court. Being aggrieved by this order she had approached the Apex Court by Special Leave Petition (Civil) which had been also dismissed by an order dated 08.09.2016. Failing to get relief from all the Courts, she brought in Ratnesh Mishra, Smt. Afroz Athar and Abdul Gani are in the picture with the sole purpose of harassing the Appellant. The FIR is false and frivolous, the investigation is shabby in nature and it did not show any concrete evidence, the investigation agency had not made Bela Rani even as a witness in the case. The FIR and Police report when read together clearly shows that this criminal case is only created for creating pressure on the Appellant in the civil case pending adjudication. The Learned Counsel of the Appellant had relied upon the judgments of this Court and cited Mohd. Ibrahim & Others and State of Bihar[ (2009) 8 SCC 751]; Kapil Agarwal & Ors v. Sanjay Sharma & Ors. (2021) 5 SSC 524;

As per respondents, in this case, Rajan Kumar, who is deceased now with the help of a false Power of Attorney executed by Bela Rani, had made a sale deed in favour of Appellant and his family. It was  also submitted that Bela Rani has no right to sell the disputed property. It was also alleged that based on this false sale deed the Appellant in partner with Rajan Kumar ( since deceased) with the help of the witnesses in the sale deed who are “criminal type persons” had trespassed the house by breaking the lock before opening the door and write their name in absence of the complainant.

By analyzing the facts given by the parties, their arguments, circumstances of the case along with cases cited by the Counsels for both the parties. The Court opined that there is no offense as per the F.I.R. has been made out by material on record. It is the duty of the Court that criminal proceedings should be discouraged if they found it with mala fide intention or abuse of the process of law.

It is a well-settled position of law that whenever the question of quashing the prosecution arises in the initial stage the Court should apply the test that whether the allegation made prima facie establishes the offense or not. The court should also take into consideration any of the special facts of the case whether it is in the interest of the justice to quash the proceedings even if it may be in the preliminary stage. The court must ensure all the time that the criminal proceedings are not to be used for harassing or seeking personal revenge or with an ulterior motive of pressurizing the accused. In this case, in light of the above settled legal position of the law, the judgment and order impugned were not sustained.

The Court has observed in this case that the complainant has used the criminal proceedings as a weapon of harassment against the purchaser. The Court also found on the part of the complainant that the complainant has abused the law by implicating the appellants after the twelve-year of registration of the sale deed in dispute. It is also important to mention here that the High Court of Uttar Pradesh Judicature at Allahabad had appreciated the facts of the Appellants but failed to interpret and execute the power given under Section 482 of the Cr. P.C, which empowers the Court for dispensing Justice and checking the abuse of the law, and securing the ends of justice. The High Court has to see whether the essential ingredient of the criminal offense is present or not. The High Court has to see whether the civil dispute has been given the color of criminal offense and if found so should not hesitate to quash the F.I.R. and criminal proceedings as this court has done in the ParamjeetBatra (Supra). The Supreme Court had very specifically mentioned that it is true that the power given under Section 482 of Cr. P.C should be used very rarely but also mentioned that wherever abuse of the law is involved, the Court must use the power given under Section 482 of the Cr.P.C. The Supreme Court has allowed the appeal and set aside the Judgement and order impugned and quashed the criminal proceedings in criminal case no: 5973/2020 against the appellant.

The court must ensure that criminal prosecution is not used as an instrument of harassment or for seeking private vendetta or with an ulterior motive to pressurise the accused. On analysis of the aforementioned cases, we are of the opinion that it is neither possible nor desirable to lay down an inflexible rule that would govern the exercise of inherent jurisdiction. Inherent jurisdiction of the High Courts under Section 482 CrPC though wide has to be exercised sparingly, carefully and with caution and only when it is justified by the tests specifically laid down in the statute itself and in the aforementioned cases. In view of the settled legal position, the impugned judgment can not be sustained.